We’ve pretty much beat the inflation horse to death on these pages over the past six months. Bottom line, It’s too high and potentially out of control.

So far, however, the Fed’s been able to hoodwink investors and algos and commandeer the bond market. Aside from making things much more difficult for the little guy – who they claim to care about – there have been few negative repercussions.

But people are starting to talk. At first it was just fringe strategists like yours truly. Lately, it’s financial pundits, important bankers and hedge fund managers. Has the trance been broken? And, if so, will the market care? Today, we’ll finally find out how clever the Fed can be.

Two years ago, before any of us had ever heard of COVID-19, our charts already called for some pretty dramatic outcomes.  We were pretty sure the 10Y, having reversed right on target at 3.25% in October 2018, was headed for at least 1.55%…

Its rebound has been impressive – aided by a sharp rebound in inflation due primarily to the even more impressive recovery in oil prices.

Ah, oil… We became convinced in March 2018 that oil was headed for a major breakdown, noting important cycles in its peaks and troughs. At the time, our model showed WTI (then at $62) dropping below $20 in early 2023.

Of course, it dropped much lower and much faster than that. And, it’s recovery has been higher and faster than anyone imagined (or the fundamentals would support.)

Interest rates and oil prices are irrefragably joined at the hip.  Gasoline prices are especially highly correlated with inflation… 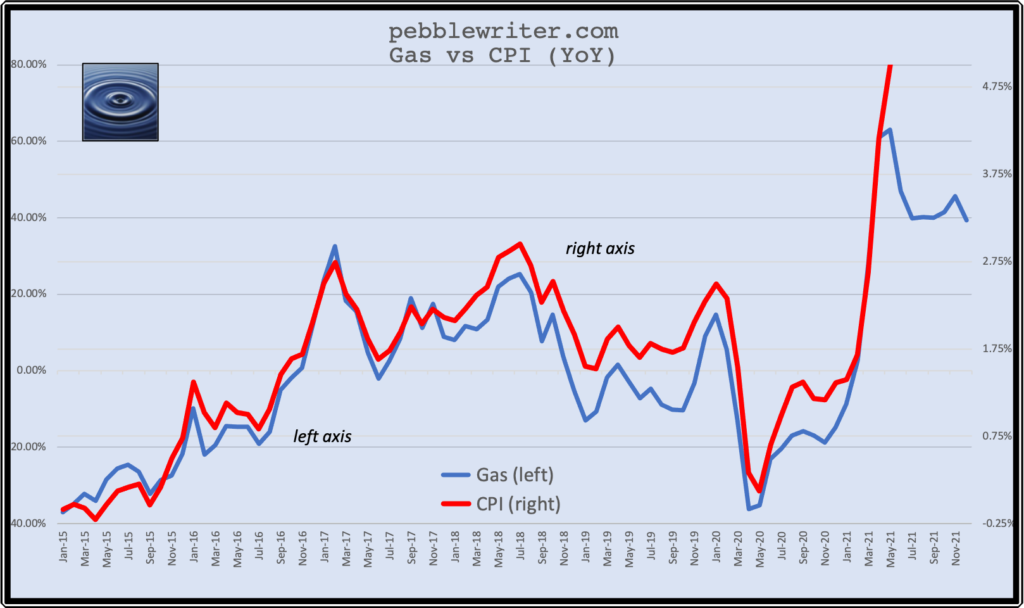 …which has traditionally been highly correlated with interest rates.   But, that all changed in the last couple of months when, thanks to the Fed’s ability to control interest rates, the bond market stopped caring about inflation.

…leading to the first time in 20 years that a rapidly rising 2s10s didn’t lead to a market crash.

The Fed has pulled off a pretty masterful reinflation of the everything bubble. Are they clever enough to avoid the inevitable pop?