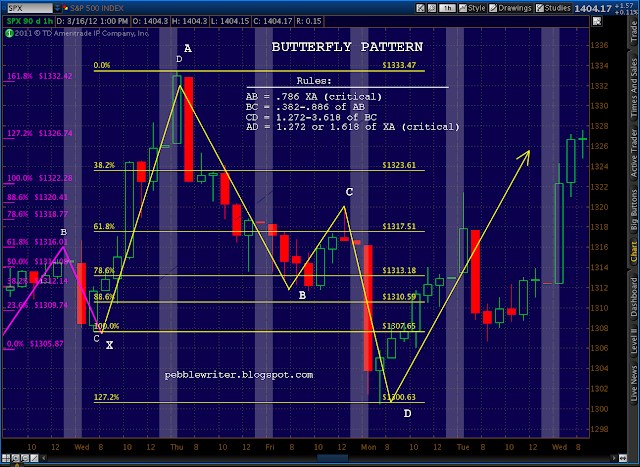 Because Butterfly Patterns can extend to the the 1.272 or the 1.618 Fib levels, they can be a little tricky.   Playing a reversal at the 1.272 means placing appropriate stops, just in case it’s the 1.618 that shows up instead.  The results are similar to other harmonic patterns — with objectives starting at the .618 of the AD, and going up from there. 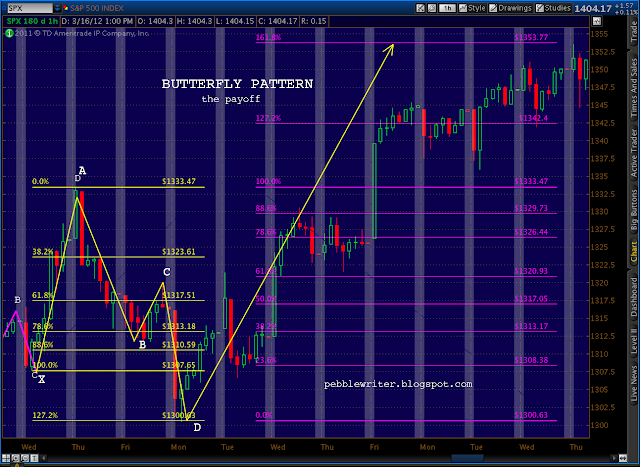 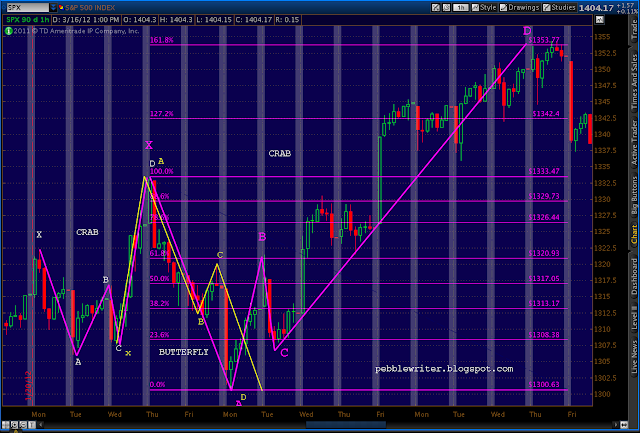 Relabeling the points, it’s easy to see.  Yet, I’ll be the first to admit that in the heat of the battle, it’s sometimes tricky to keep all the various possibilities straight — especially when dealing with smaller patterns that might or might not be part of larger patterns.  A quick look at technical analysis, chart patterns and fractals often helps sort it all out.

Thanks to a massive devaluation in the Japanese yen [see: The Yen Carry Trade Explained] SPX shot past the obvious turning point and has since relied on a series of backtests designed to cast it as support rather than resistance.  I suspect that SPX’s 1.618 extension at 2138.04 will serve as a more important top.