Getting a nice sell-off following the completion of the Bat Pattern we were tracking yesterday.  Shown below on the eminis… 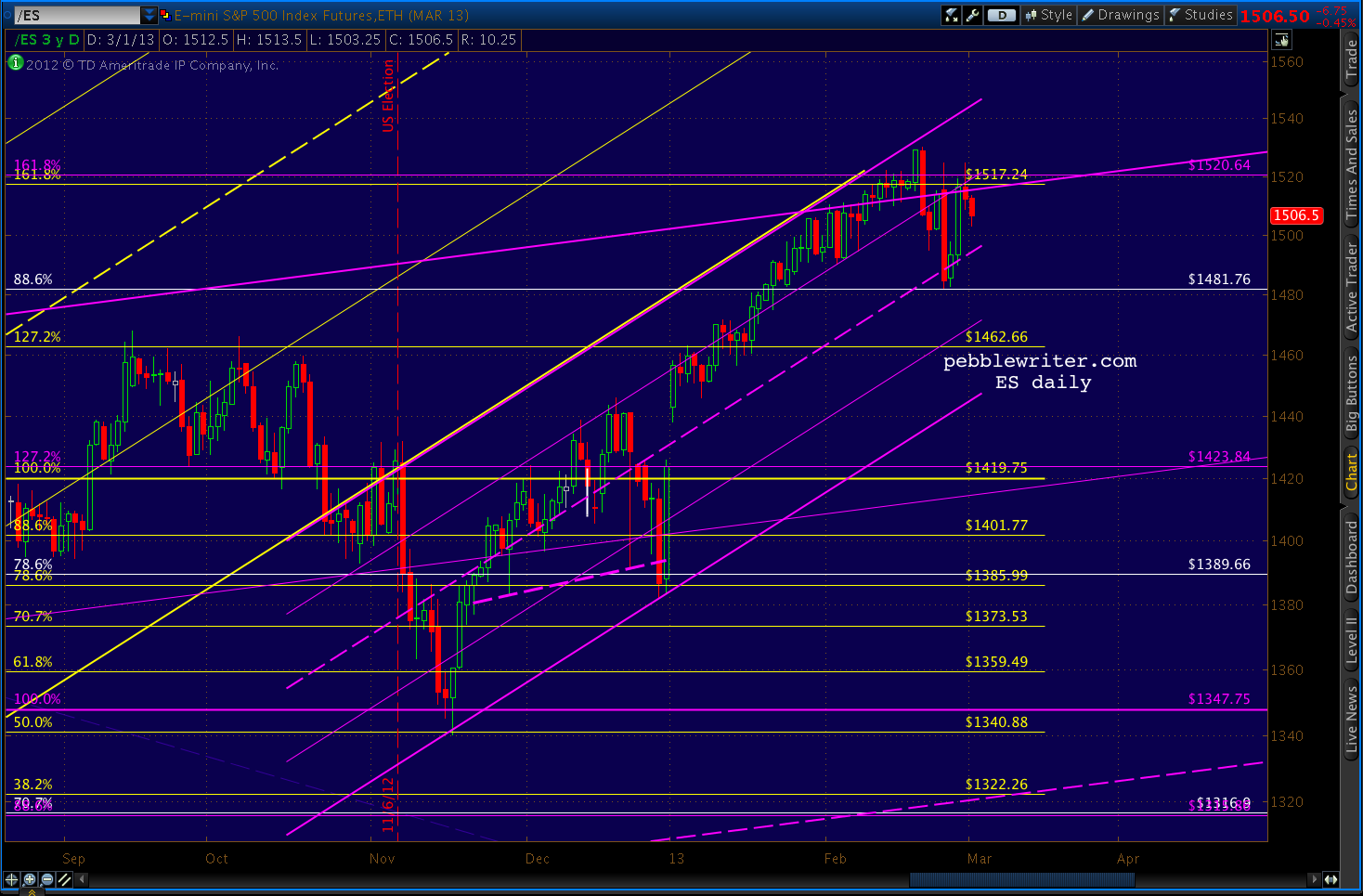 The downside path is clear.  But, bulls will probably go for the obvious IH&S with what should be a decent bounce somewhere around 1495-1500.

More in a few…

SPX opening down sharply…Note that it turned yesterday at 1525.34, only 36 cents from one of the two targets we identified just before it opened at 1515.99.

I remain full short from 1525.34 (the 2:20 update for members) but will play any bounces as mentioned above.

The key level today is 1496 – the bottom of the purple channel.  If this is broken, lots more downside where that came from — especially if the previous low at 1485 is taken out.

Nice post on Zerohedge earlier: You Rarely Know You’re in a Recession Until it’s Too Late.

Referring to an ECRI report, ZH makes the following points:

2) In March 2001, 95% of economists thought there would not be a recession, but one had already begun.

3) No economist predicted the 1990-91 recession beforehand.

4) Hardly any economists recognized the severe 1973-75 recession until almost a year after it started. Indeed, that recession began with the ISM at 68.1, and payroll jobs growth did not turn negative for eight months.

5) In 1970, unaware that the economy was nine months into recession, none other than Paul Samuelson said that the NBER had worked itself out of a job, meaning that improved policy expertise had made recessions very unlikely.

ECRI has caught a lot of crap for their recession call last Fall.  I know the feeling, as most economists I know (yes, I travel in exciting circles) think the worst is over.  I wish I shared their optimism.

I mention this because of the positive ISM Mfg Report released this morning.  It’s being cited as proof of expanding activity.  Remember, the PMI is a survey of purchasing managers’ opinions about their business.

They read the same newspapers and websites, watch the same TV, and are subject to the same MSM brainwashing as the rest of us.  A better than expected snapshot in time of their opinions does not mean the economy is just fine.

Any push back into green territory would be cause for an intraday long with tight stops, but not for giving up shorts.

Would that mean the correction is over?