USDJPY reached the first of our two target areas [see: USDJPY Update.]  Back on Dec 18, we noted an upcoming channel midline that, if broken, could see a breakout to the trio of Fib levels represented by the first shaded rectangle.

We got that channel break and tagged the target area.  The Japanese central planners have vowed to cheapen the Yen until the 牛 come home.  But, the charts indicate it’s time for a breather (while markets sell off.)

Aside from those Fib levels, there’s a channel mid-line (white) and a channel upper bound (red) to contend with.

And, the daily and weekly RSI’s show the pair is due for a significant reversal.  Daily RSI has run all the way into the apex of a rising wedge and has reached the second highest level in the past 20 years. 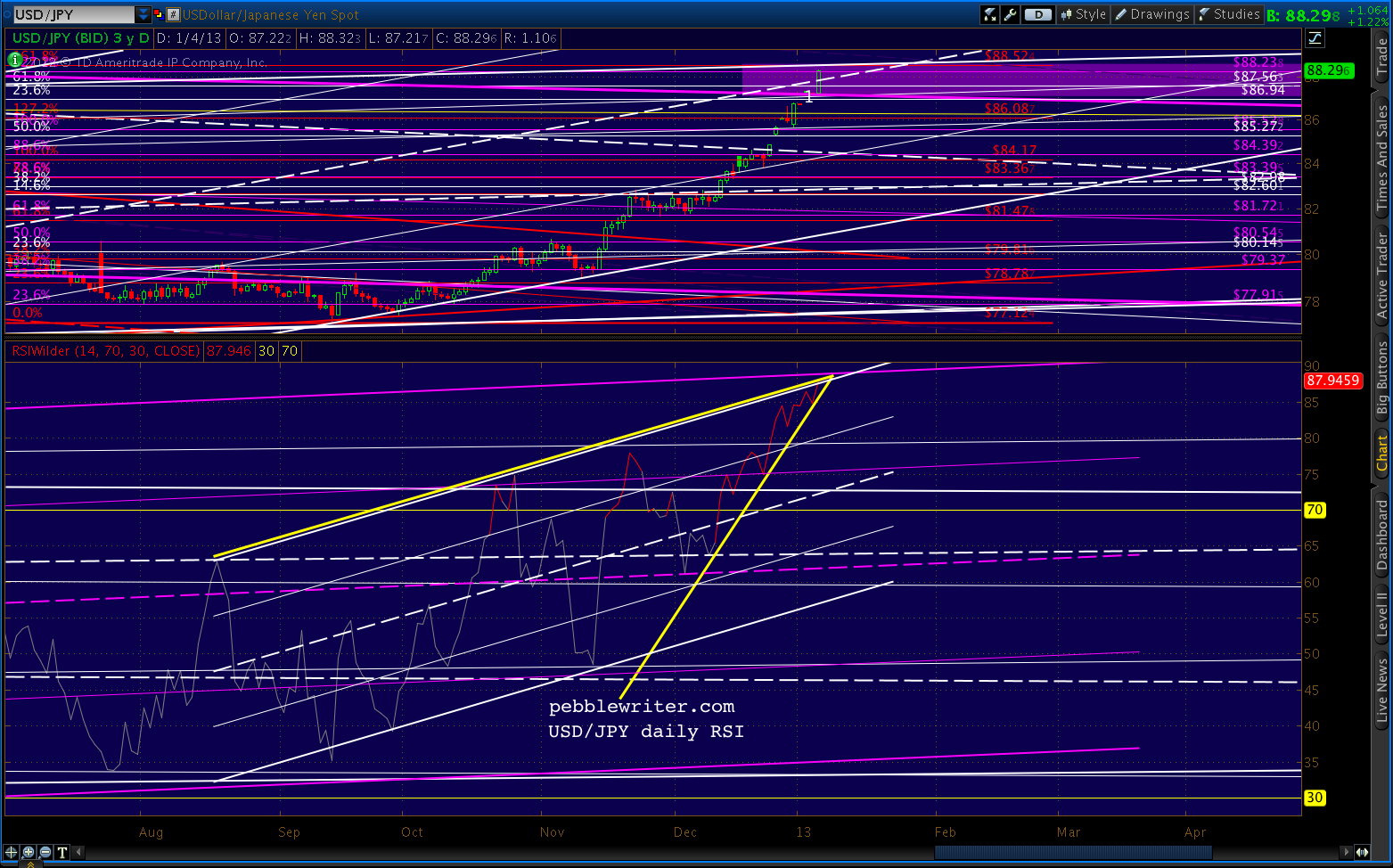 Weekly RSI, at the highest level in 20 years, is in serious need of some recharging. 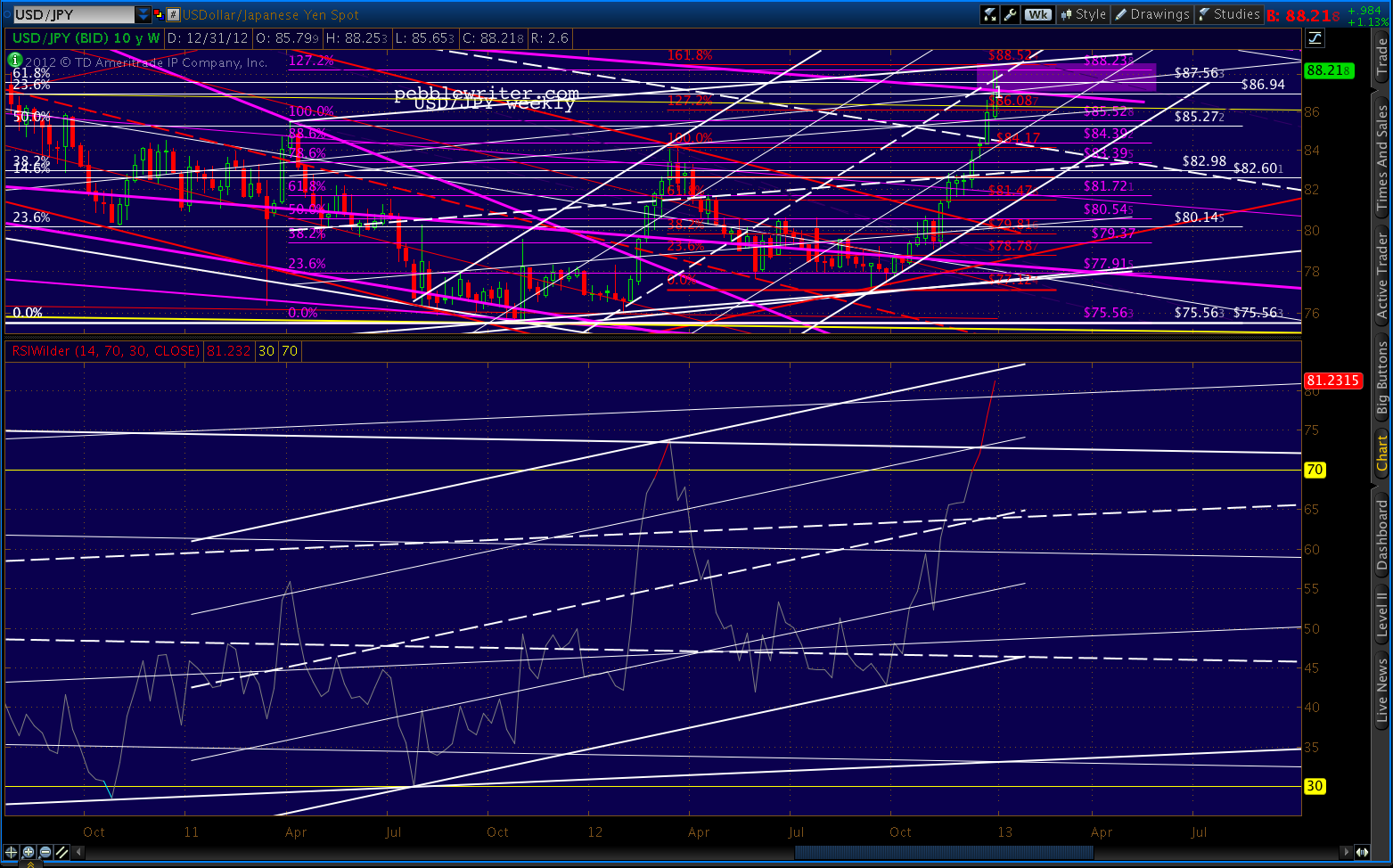 Prices could move very slightly higher to the red 161.8 at 88.52.  But, I suspect we’ll first get a back-test of the broken white channel mid-line and/or the red mid-line down around 82-84 before zipping up to 92.76. As always, watch your stops.