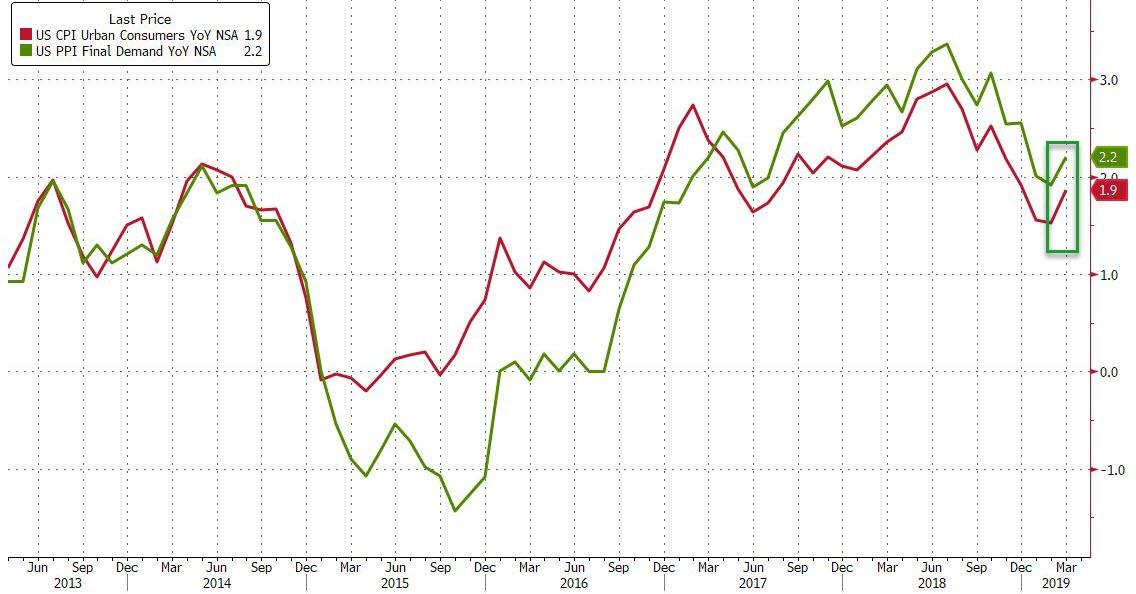 Of course, it’s very clear that food, energy and trade services are the primary drivers.  Without them, PPI is as low as it was in Aug 2017. 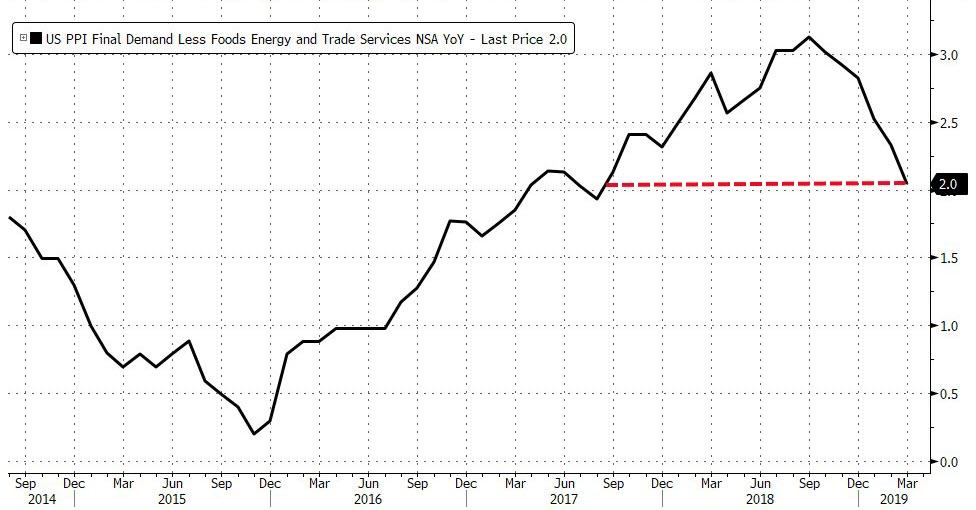 We were reminded yesterday that the deficit has ballooned since then.  We’re on pace to top $1.1 trillion in fiscal 2019, putting the new total public debt around $22.7 trillion.  This is obviously not a great time to be ramping up interest rates.

Yet, if oil and gas prices were to continue rising, this is exactly what would happen.

While the algos are happy to track rising oil and gas prices, the handful of carbon-based traders out there who have done the math know that this is not a sustainable path.

The Fed can pretend that food and energy prices aren’t relevant to their policy decisions.  But, they know full well that the consumers who are expected to keep the economy humming have to buy food, gas up their cars, and fork over their soaring rent payments (not owner’s equivalent rent.)