I’d be impressed if the bears were able to deck OPEX — the perennial champ — and let the H&S pattern play out just yet.  But, here we are, at the bottom of the nice little channel that’s guided the upside since 1357 on April 10.  I suspect the sell-off will be limited to 61.8% of the rise, or 1370. 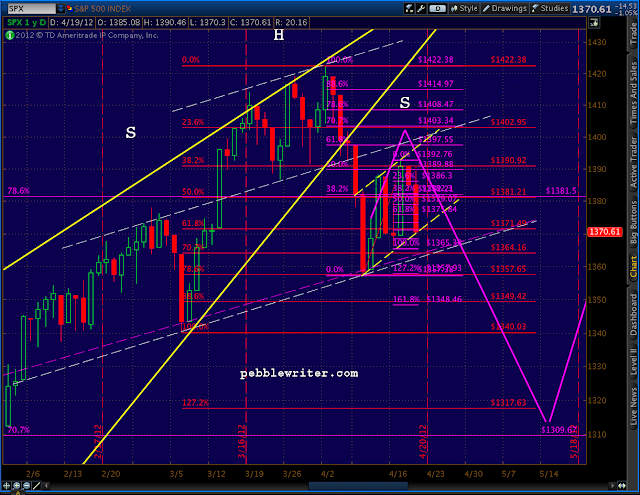 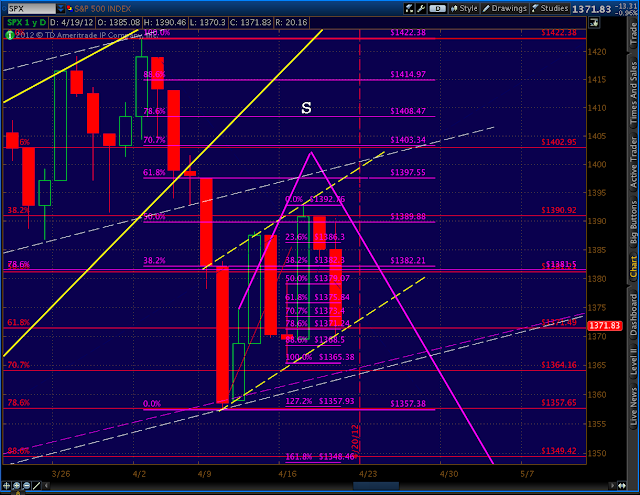 If there’s one thing you can count on these days, it’s the market’s insistence on maintaining maximum ambiguity for as long as possible. 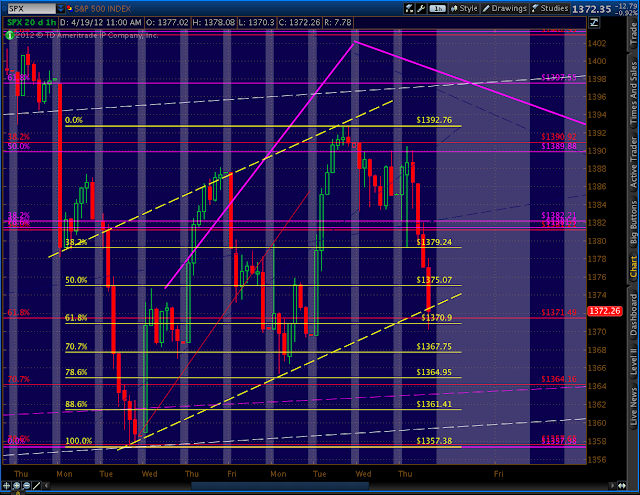