It’s a sputtering economy in one corner, OPEX in the other.  But, wait, that’s no ordinary boxing ring; it’s a house of mirrors and Ben Bernanke is the referee. 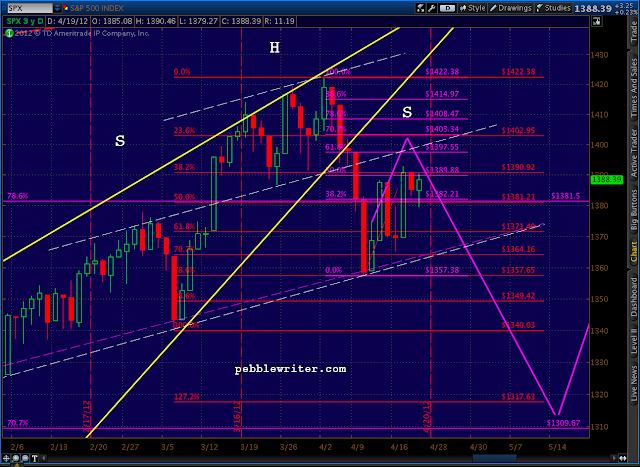 If bad news is bad, this is bad.  Unemployment claims are up.  Housing sales are down.  Philly Fed survey numbers are down.

Then again, maybe bad news is good.  The slumping economy has the QE crowd salivating again (you’d think they’d run out of spit sooner or later.)

Even if we could forget the economy, QE and the 5/6ths completed H&S pattern, tomorrow is OPEX.  And, as we all know, that means the fight is rigged — at least until Monday.