I use scores of chart patterns, Fibonacci grids, technical indicators and proprietary models in my daily attempts to forecast various markets.  Some are fairly complex, multivariate models that involve a half-dozen inputs.  Others are quite simple.

One of my favorite simple indicators is the well-known 10-day/20-day moving average cross. It maintains that when the SMA10 crosses below the SMA20, it’s generally bearish. When it crosses back above, it’s bullish.

Of course, in a heavily “managed” market such as the one I’ve been posting about for the past 7 1/2 years, the crosses are occasionally head fakes.  The cross is well-known and a component of many algorithms.  So, it’s not unusual for markets to reverse rather soon after such a cross.  Sometimes, markets even reverse just before a likely cross in order to avoid one.

Only a couple 10/20 crosses were followed by significant sell-offs: Feb 6 and Mar 22.  The others produced either moderate or modest declines (i.e. head fakes — the purple arrows) or near misses (the white arrows.)  I mention it this morning because we’re experiencing another 10/20 cross in the pre-market. 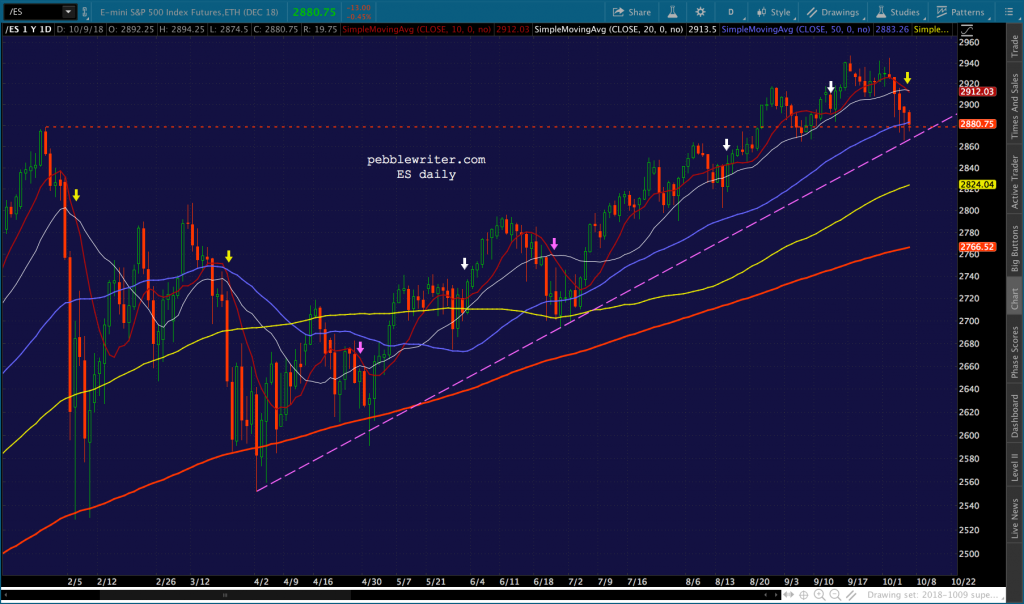 There is much bearish commentary out there.  VIX just broke out of a 8-month trend, tagging our next upside target yesterday.  SPX and ES have both tested the critical support we identified last week [see: The 10Y Breaks Out.]  And, the usual suspects involved in a rescue operation are, so far at least, MIA. 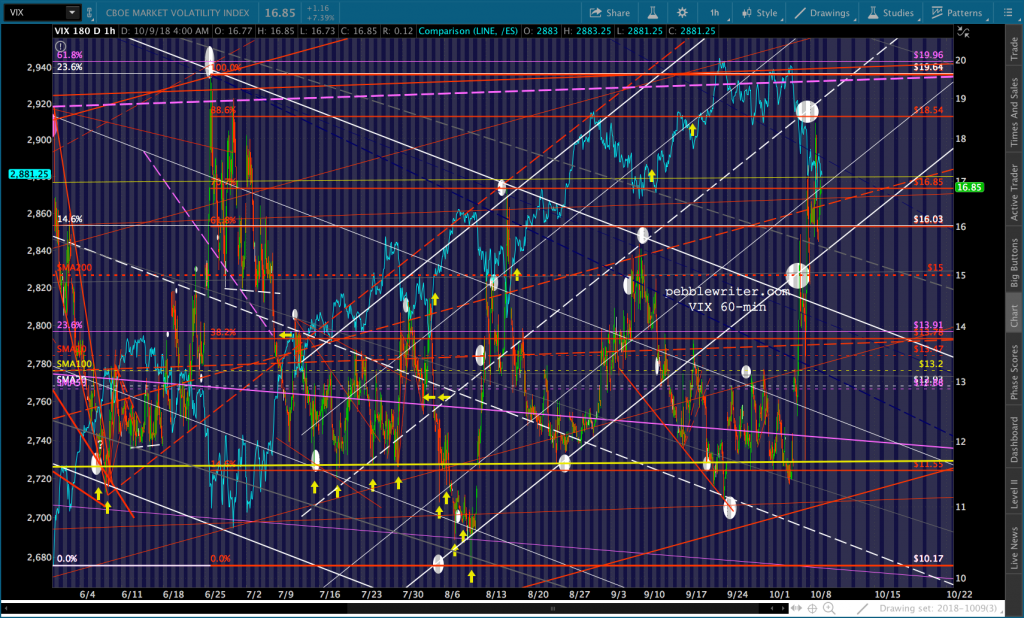 Will this be another head fake/near miss — or the real thing? 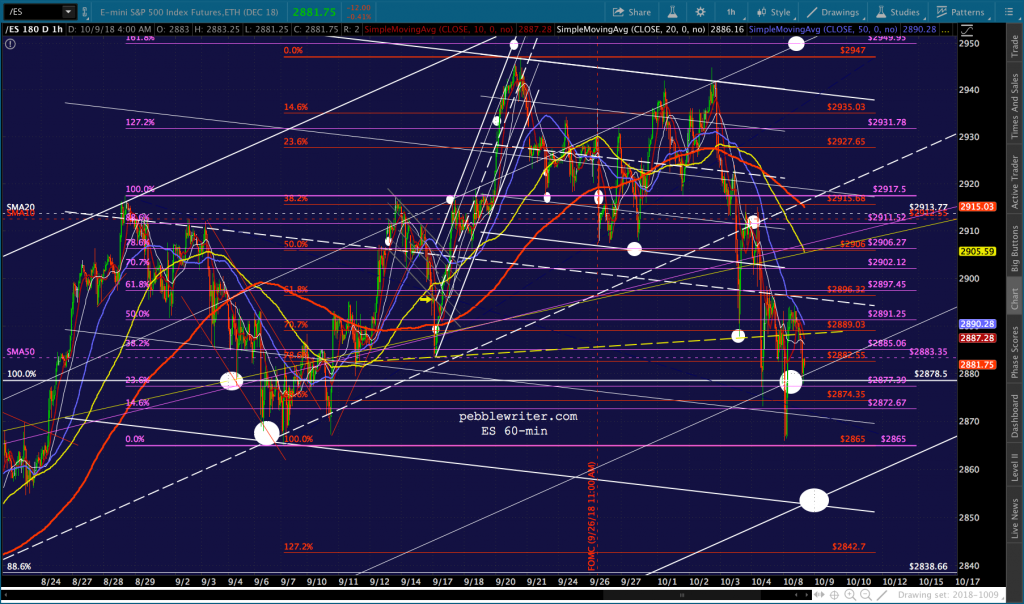 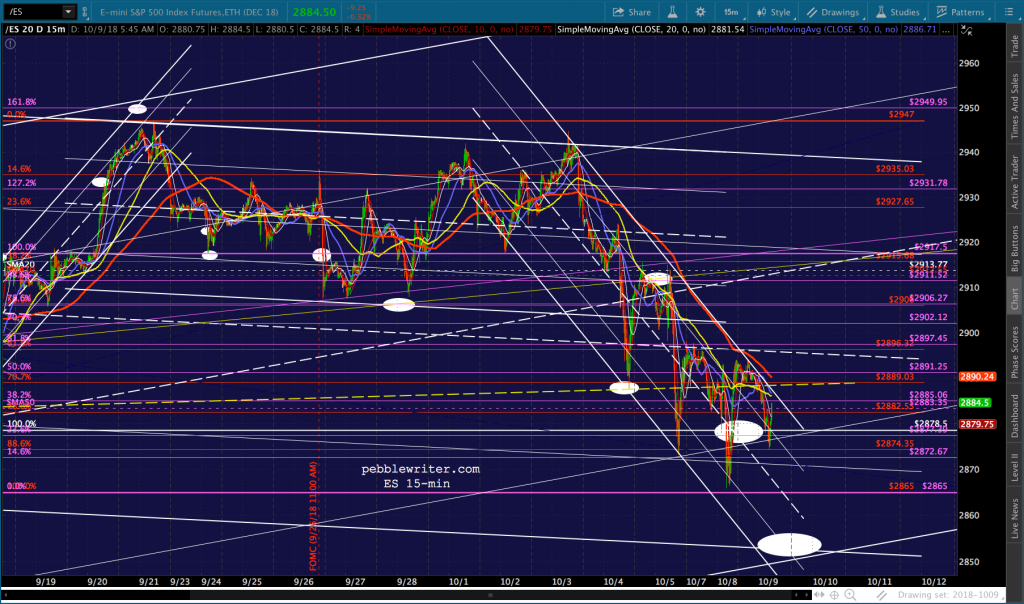 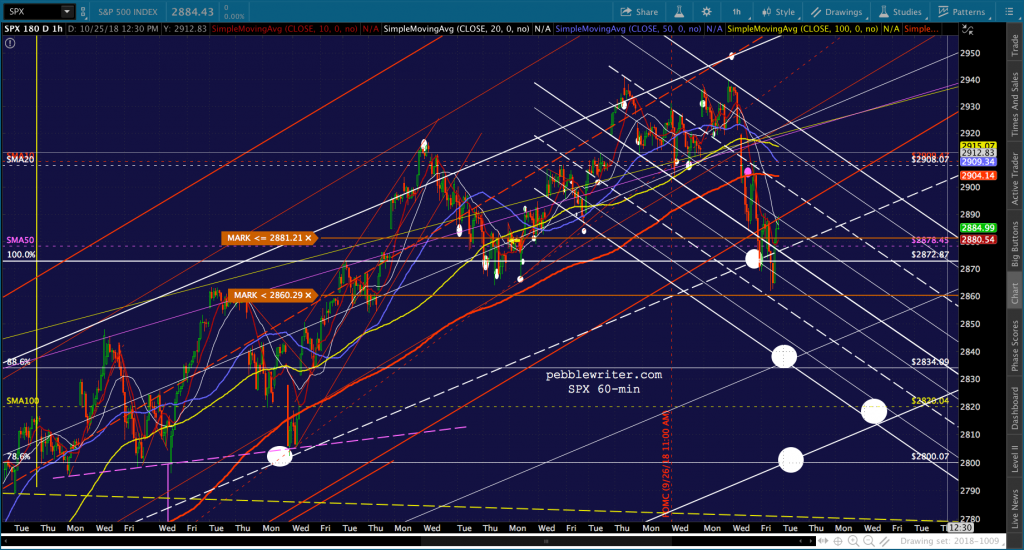 CL and RB are getting a little bump from Hurricane Michael and the usual MENA-based speculation. 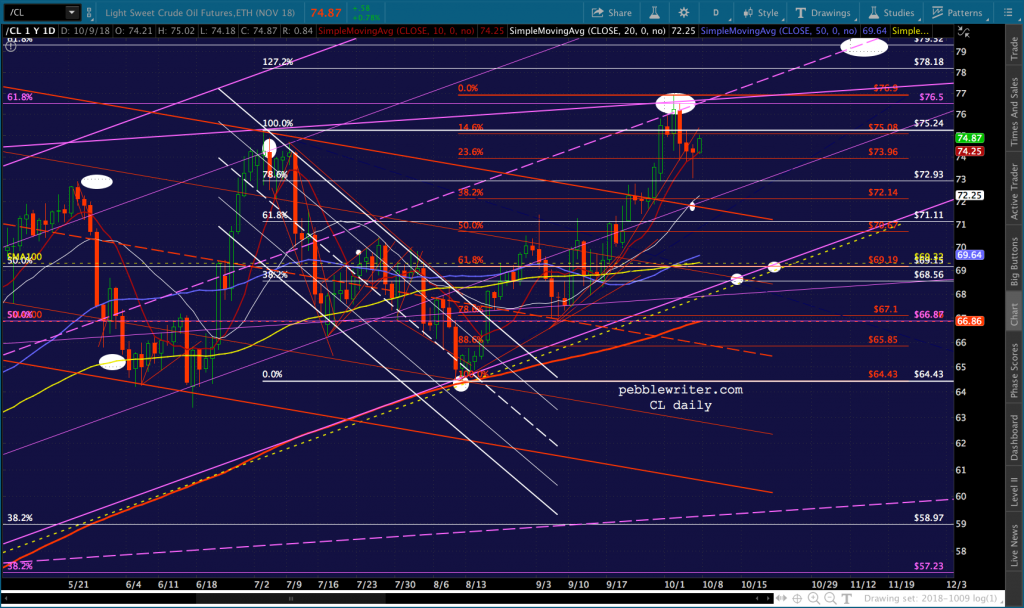 Note that RB, in particular, has clung to a smaller rising channel.  It won’t last. 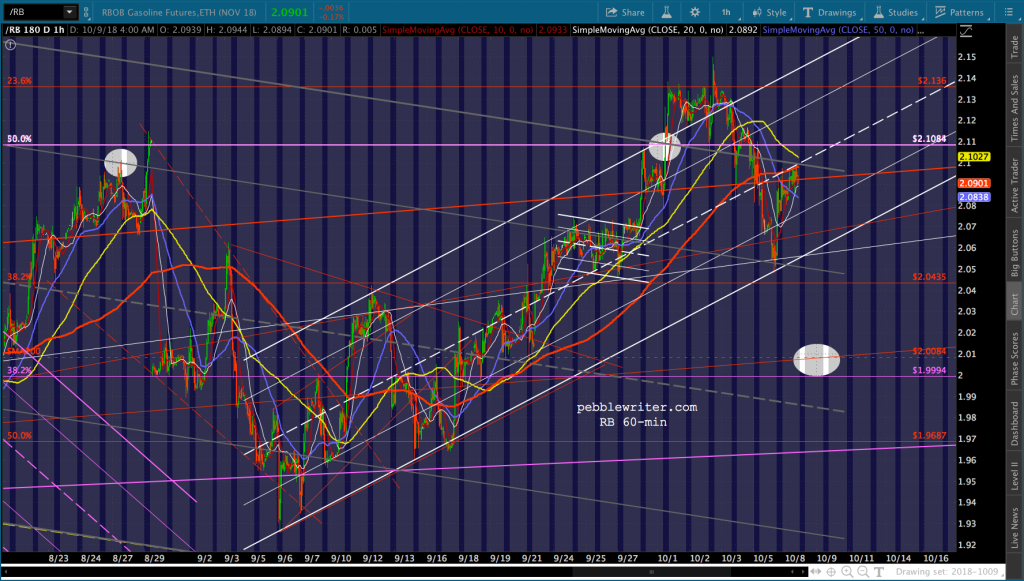 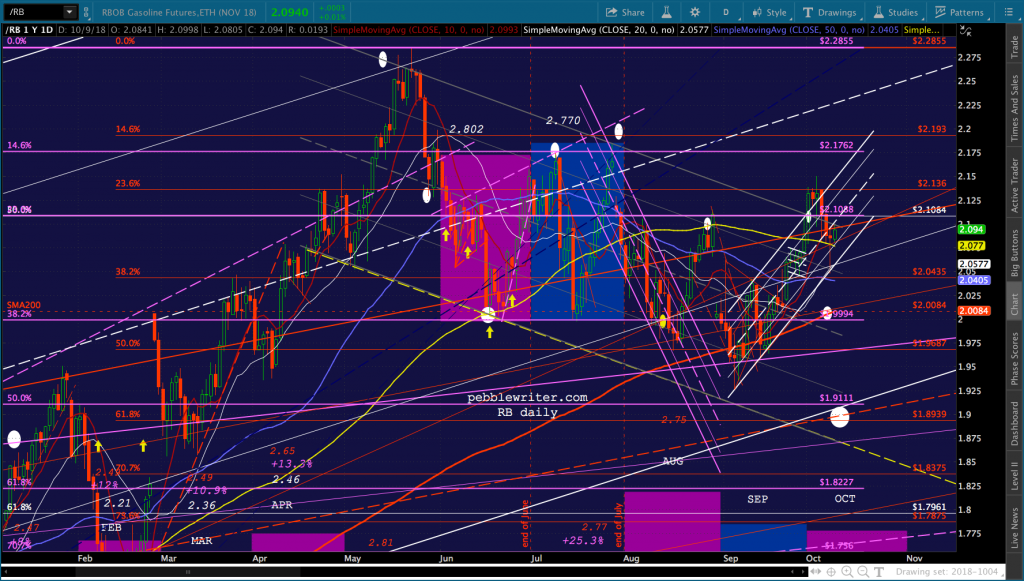 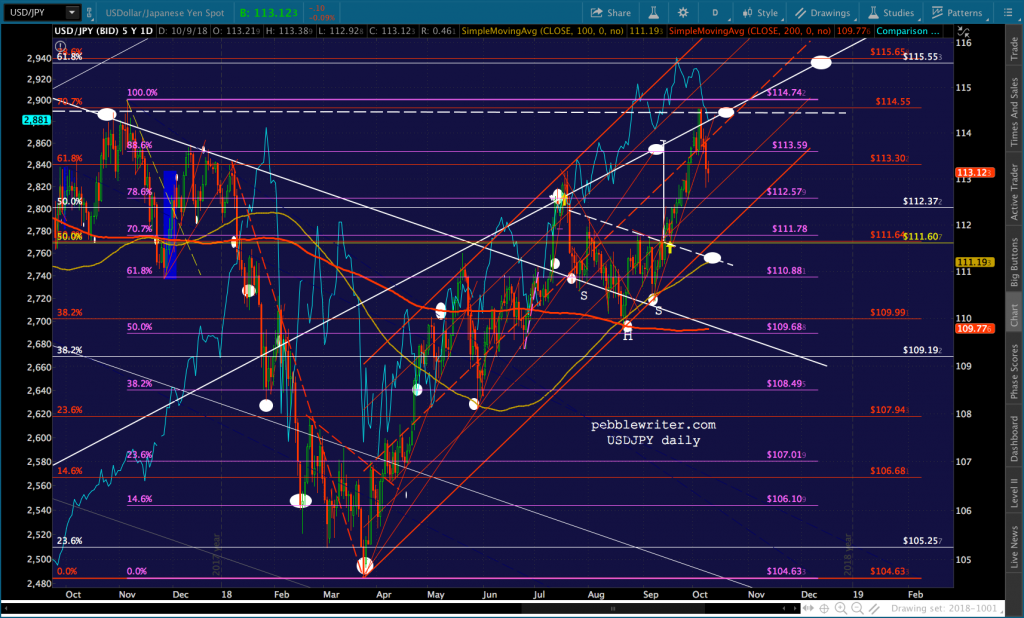 VIX continues to be the big question mark.  It has clearly broken out of the falling white channel.  If given free rein, it still has plenty of upside potential with 24.20 looking very reachable.

I’ll be out all day today.  More later this evening or in the morning.