In our last update on the NASDAQ Composite [see: Nov 4 Update] we called a top and forecast a drop to the 200-day moving average, then at 14,181.

If this channel holds, then the push past the 3.618 will reverse itself and the index would be susceptible to significant downside. I suspect COMP is going through the same exercise as SPX, DJIA, etc: Don’t tag the SMA200 until it represents a higher low than the last one. In this case, that would be the Oct 4 low of 14181. 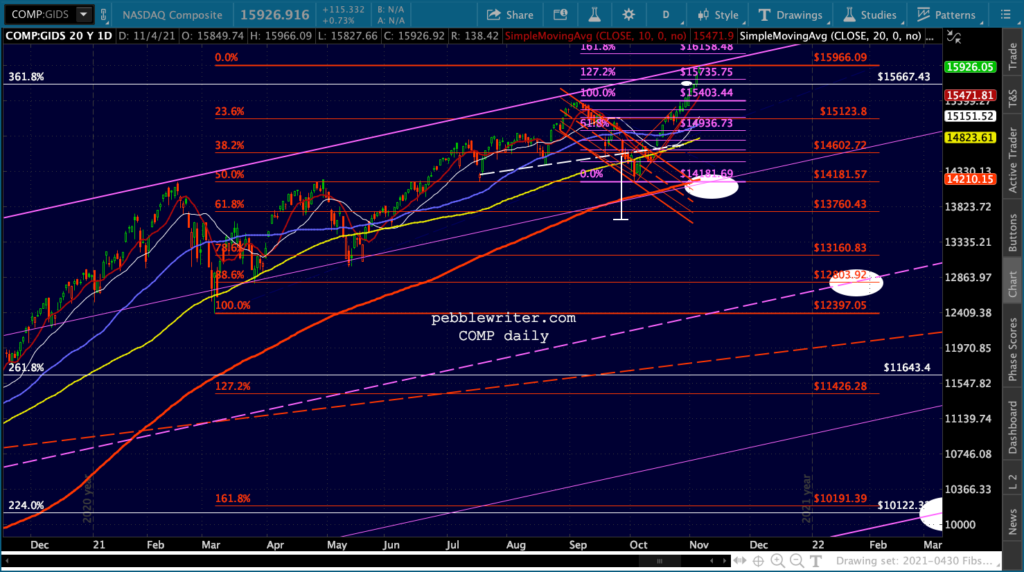