In typical end-of-the-quarter fashion, the markets seem to be running in place.  But, by one measure, the melt-up might already be finished. 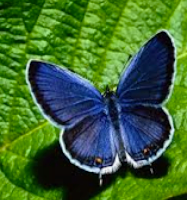 Recall we were looking at 1419 as one of two possible tops (the other being 1433) when SPX was at 1402 back on March 23 [see: The Tipping Point.]   I mentioned it as a target of certain harmonic patterns.  We also recognized it as the .886 Fib price level of a small rising wedge within a larger rising wedge.

There are actually three potential harmonic targets suggested by the Butterfly pattern that features 1074.77 as its Point A and 1292.66 as its Point B.  All of them assume the pattern completes at the 1.272 extension; but, keep in mind that Butterflies can also complete at the 1.618 extension.  If you have no idea what I’m talking about, visit Crabs and Butterfly Patterns Explained for more info.

Like all harmonics, Butterfly Patterns begin at a meaningful peak or trough (though frequently you can find smaller patterns within patterns.)  The primary requirement is that the Point B be at the .786 Fib level.  Here are my three candidates for the pattern we’ve been watching for the past several months. 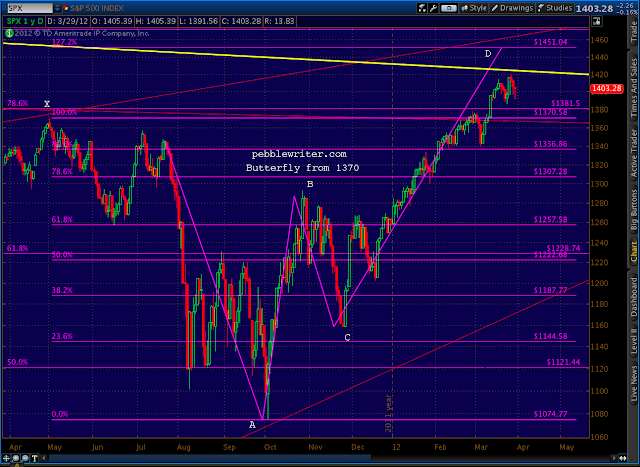 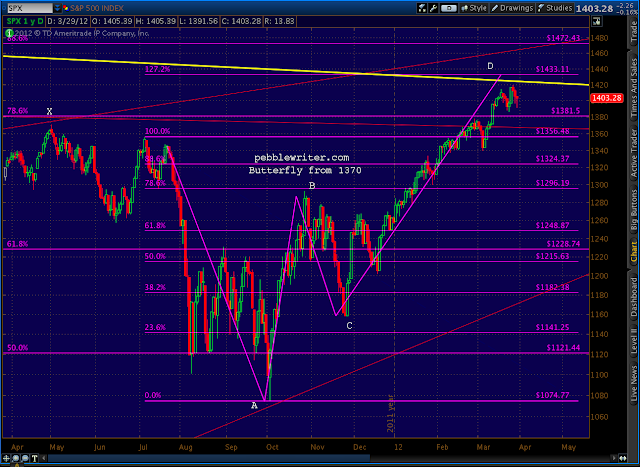 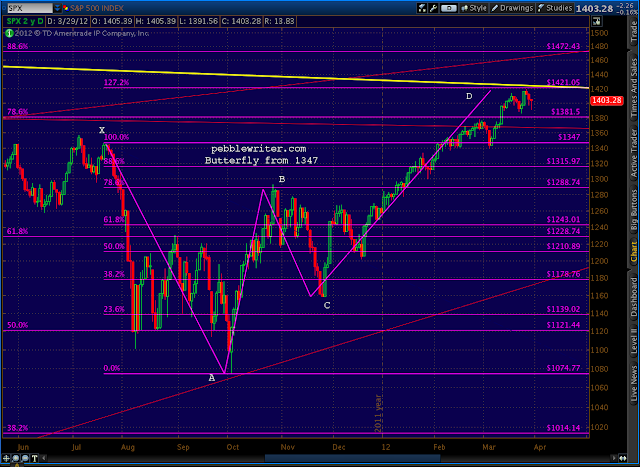 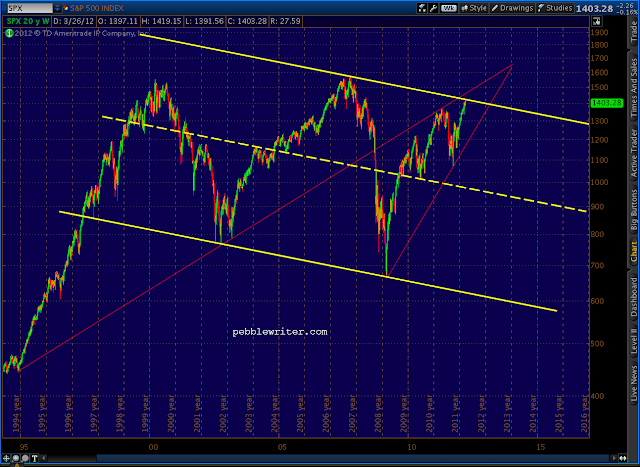 Seems just a little too coincidental that a TL connecting current prices to the 2007 high would be exactly parallel (log scale) to a TL connecting the two major bottoms of the past decade — all at a time when we’re:

Here’s a couple of charts with the Fibs thrown in. 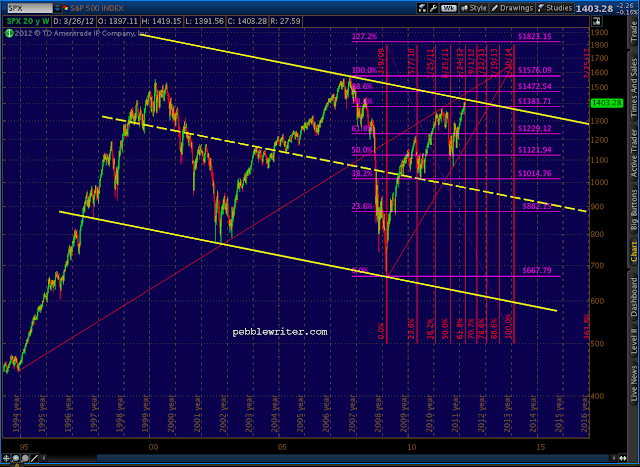 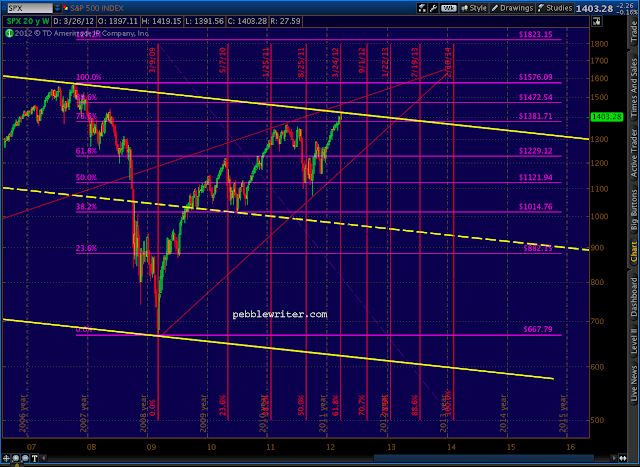 Of course, if you are an überbull, you’ll probably want to use the arithmetic instead of log scale and draw your channels more like this: 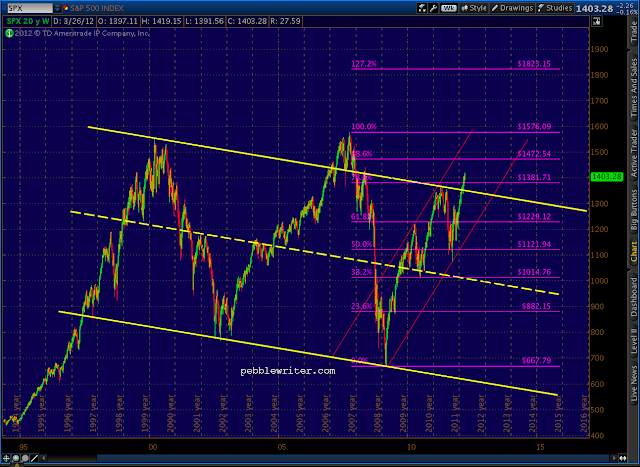