It has come to my attention that last night’s post was too obtuse.  Apparently, the sarcasm was a little too thick for the message to get through.  In an effort to be as clear as possible…

Tomorrow is Christmas Eve 2007.  If you’ve been following this blog, you know what that means and what to do. 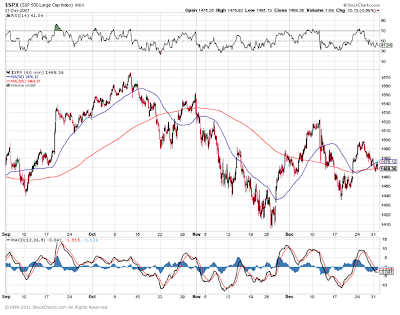 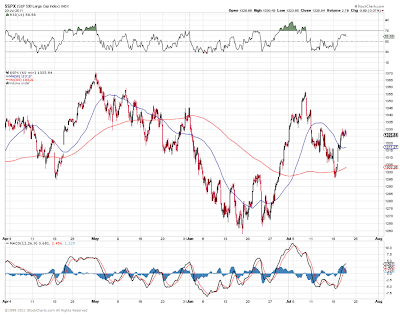 My initial target on the downside is 1280 or so by the first week of August (our channel bottom).  Prices should bounce there, then resume a descent to 1160 by the end of August.

I’m 99% sure about the price moves, only 75% sure about the timing.  The debt ceiling deal timing remains a wild card and could throw the timing off, much like the petroleum reserve release did to our big move up.  I think, after all this, the relief rally will be muted.

The fundamental case is compelling:  poor earnings, Euro Zone more problematic than ever, unemployment getting worse, housing still dead, etc.  I expect either this or next Friday’s WLI from ECRI to go negative for the first time since last summer.

The only thing that can save this market is another round of QE, which will likely be announced somewhere around SPX 1200.  But, we’ll deal with that when the time comes.