XEU v SPX:  syncing up nicely the past couple of weeks, as they’re both an anti-dollar play.  Ordinarily more of an inverse relationship. 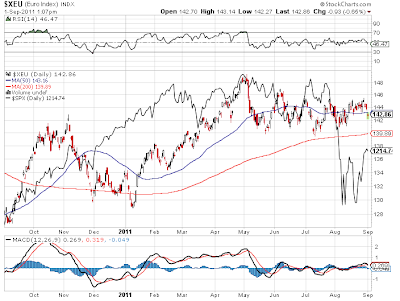 PM’s playing the same role,  with GLD and SPX moving together as an anti-dollar play. 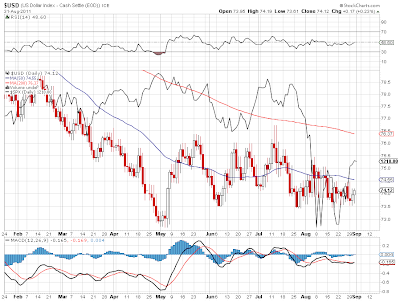 Has that “something’s gotta give” look about it, as the dollar rally hasn’t been fully reflected in SPX. 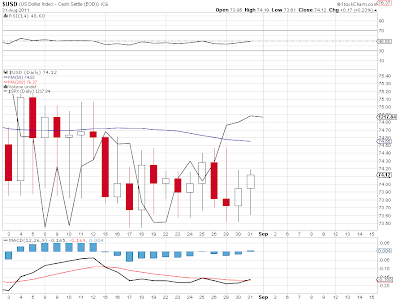 The dollar responded well to today’s economic news.  DX has been in a falling wedge within a larger falling wedge, and broke out last week.  We had a nasty backtest last Friday the 26th that has since reversed.  DX is once again threatening the longer term trend line that’s limited its upside since Jun 10.

One way or the other, DX will be forced out of its falling wedge by the end of September.

The trend across the board is not pretty.  From briefing.com:

A reminder, this is a survey of purchasing managers’ attitudes about business conditions.  An index above 50 indicates conditions are better, and below 50 indicates they are worse.  Because it’s not generated by a department of people who can be fired by Congress or the White House, it is not considered to be “managed” as are many DOL and DOC reports. 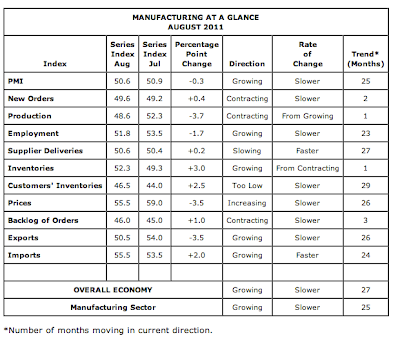 Exports continue to cling to a positive score, benefitting from a cheap dollar — a factor that might not last much longer.

From Briefing.com, a nice view of labor productivity and costs.  Not a healthy path, to say the least. 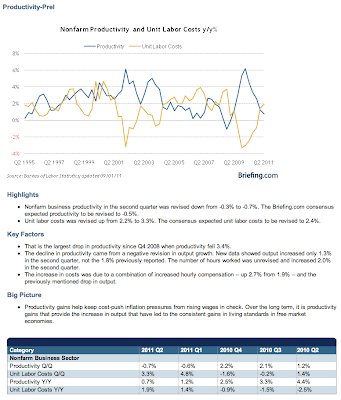