SPX finished the day very close to our initial target for the corrective wave, the bottom of the red channel and the .500 Fib at 1634.28.  Importantly, it closed within the large purple channel.

The futures are off slightly, so there’s a very good chance SPX will complete the little Bat Pattern it has started to the .886 at 1628.96.

The dollar broke out of its channel, completing its IH&S and running up to tag its .618.  It just backtested its neckline. 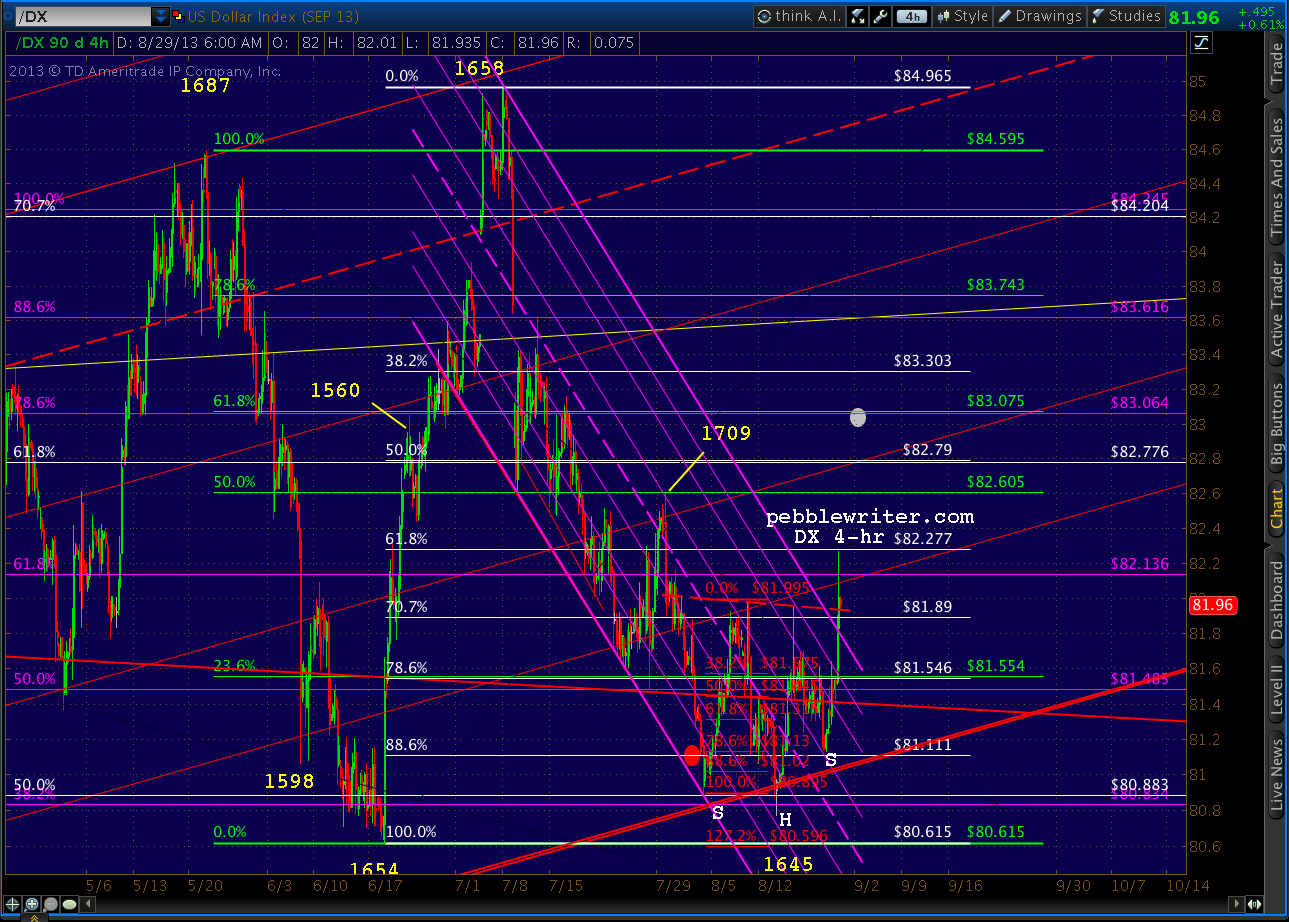 If the fear trade and/or the emerging market debacle continue, it should be making a major reversal here at the bottom of the red channel.  But, there’s clearly resistance to be overcome.

Getting some weakness off that resistance.  I’ll play the downside for possibly 1636 or more.  Stops at 1647.

The market has seemingly nodded off… I have to duck into a meeting for the next 1-2 hours, but here’s my expectation: