After reaching the 50-day moving average as we expected, SPX sold off another 10 points to…well, nothing really.  It just stopped going down, even though the 100-day moving average was all teed up just below. It was a lot like yesterday, when we got oh-so-close to the SMA50, but couldn’t seal the deal thanks to the Nikkei and USDJPY.

Curious what happened this time — why it seemed for several hours as if there was a floor under stocks?   Do you REALLY not know?

Same crap, different day.  The 1% Rule kicked in at NKD 16,130, and the “unrigged market” enjoyed the magical levitation that only algorithims can deliver.  As we discussed yesterday [see: Ah, So…]  we won’t have rational markets as long as the BOJ, ECB and FOMC are writing the script.  And, with 7 trillion yen (about $65 billion) in Japanese stocks on its books (so far) the Bank of Japan has full editorial control. 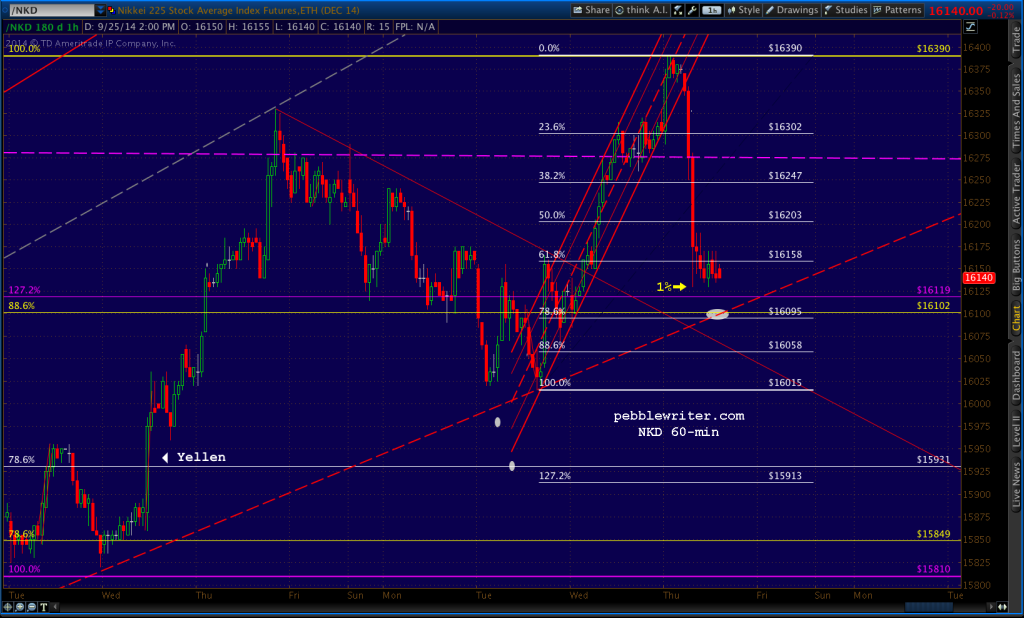 What they do next will be very interesting.  After reversing this morning, NKD retreated back below the trend line connecting the May 22 and December 31, 2013 tops (purple, dashed line below.)  Is has yet to close above this line, so I tend to think it’s important. 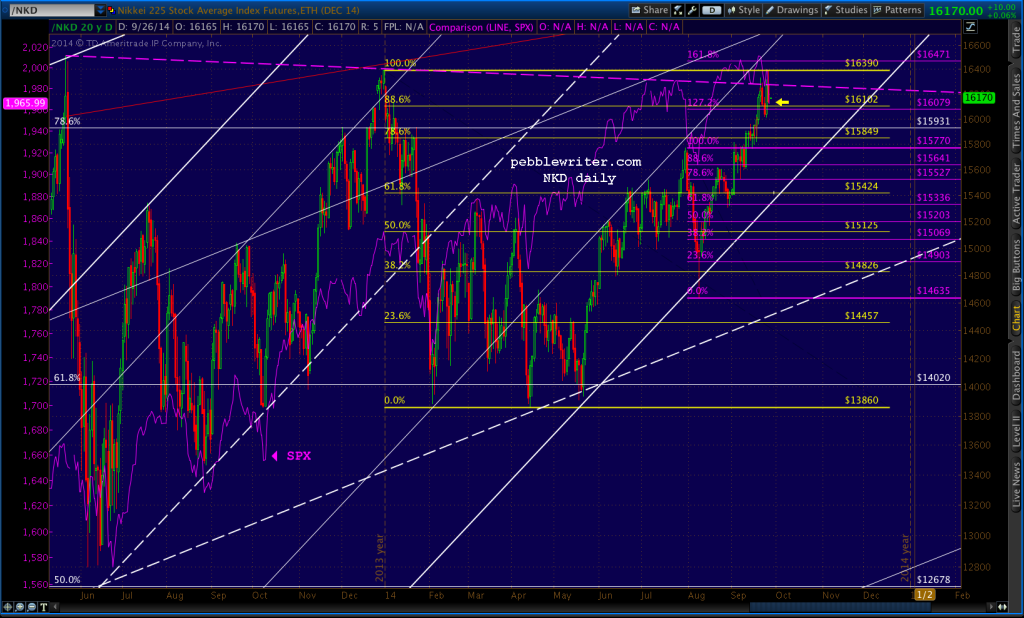 If SPX can lose 32 points on a failure of NKD to make new highs, imagine how it’ll react if NKD actually sold off a bit? 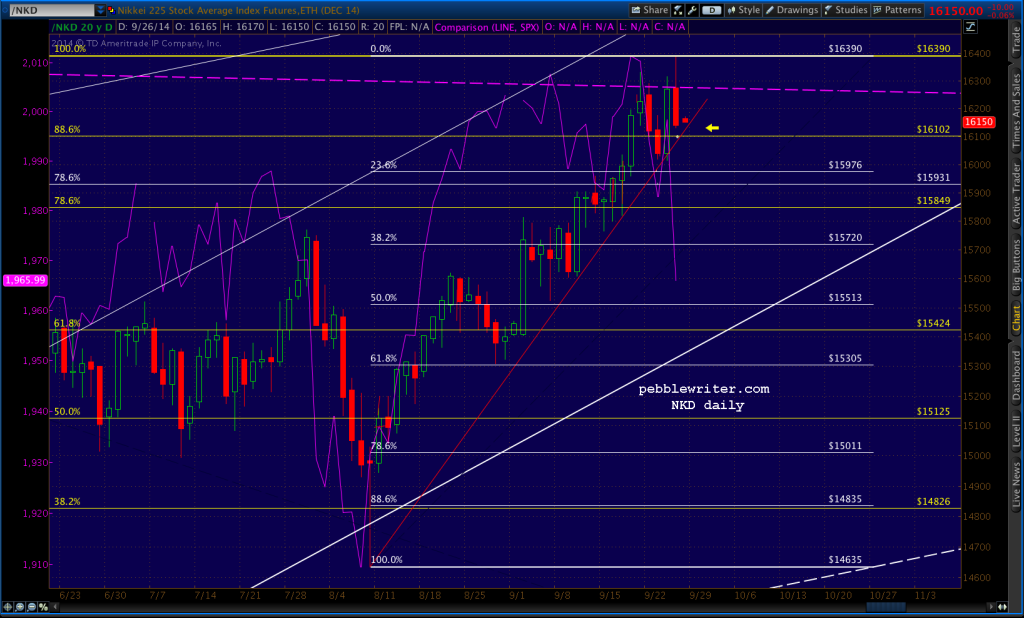 Don’t get me wrong.  This is not a prediction.  The technical and fundamental rules that used to govern prices left the building a long, long ago.  But, it does make one wonder — seeing how tomorrow’s a new day, with a new 1%…