SPX bumping that internal trendline.  Taking the rebound back as far as it can go without breaking the channel.  I’ll call today a draw.  Apparently both bulls and bears unwilling to extend themselves with so much at stake from Eurozone tomorrow. 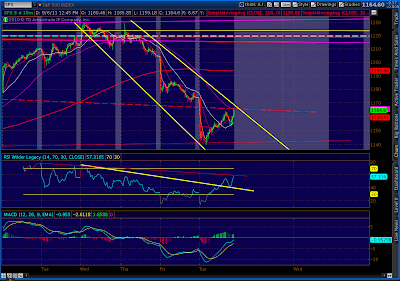 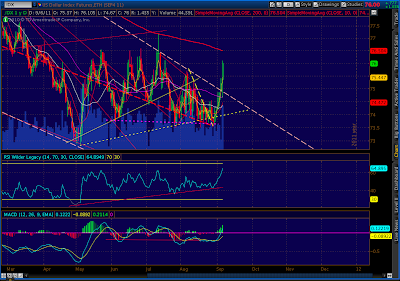 While I expect it to offer resistance again, we should retrace no further than a backtest of the falling wedge.  To fall further would require a complete turnaround in the Euro’s prospects, not very likely given the disastrous German legal situation.

SPX is locked in a channel and trying to complete a backtest of its would-be triangle.  If it can hold here at 1164, we should see much greater downside. 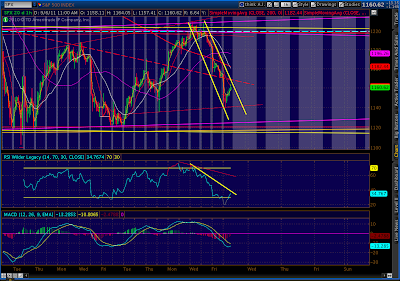 With the CHF rug pulled out from under them, gold’s one of the only games left for USD bears.  Cue the CME margin increase.

The ISM services numbers are just out, and on the surface look pretty positive at 53.3, up from 52.7 in July. 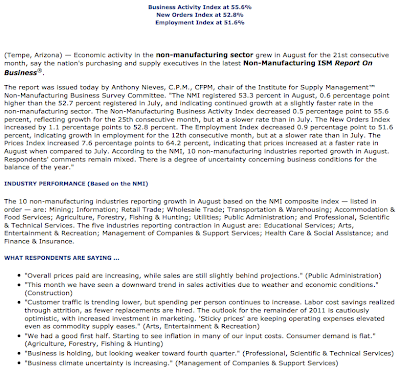 But, there’s significant weakness when you dig beneath the surface.  Most of the apparent increase comes from rising prices (double-edged sword, TSTL) and from rising exports (not so reliable in a rising USD environment.)  The “core” measures, business activity/production and employment both declined.

To QE fans everywhere, they underscore the serious inflationary issues that accompany the practice of pumping more cash into the economy. 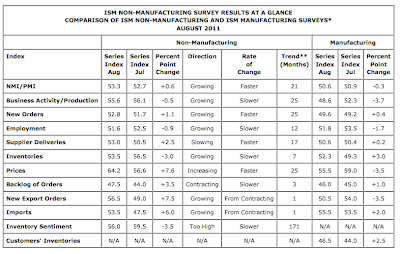 Yesterday’s action in the European equities markets had the feel of a serious crack opening up underfoot.

In 2007/8, we had a nearly 2/3 drop in the SPX when a number of important companies failed (Lehman, AIG, Bear.)   Now, as we contemplate failing countries instead of companies,  we have to assume the downside is at least as great.

If the cash market follows the futures’ lead, it will complete another leg in a large, rather obvious bearish flag pattern. 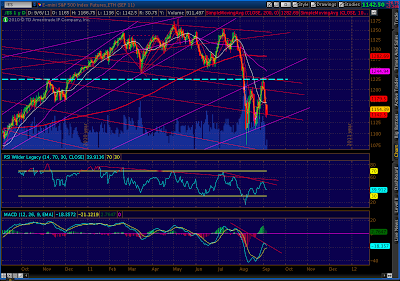 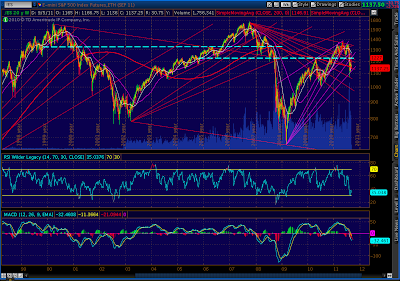 The dollar has broken convincingly out of its falling wedge, courtesy of the SNB’s decision to devalue the Franc by fixing it to the Euro.  We should expect a backtest at some point, but we’re off to a good start. 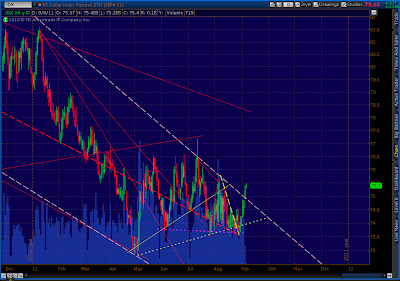 Meanwhile, follow-through to Friday’s weak equities markets in the futures… 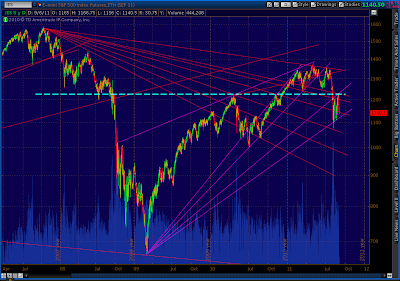 The focus will be on the continuing crisis in the Eurozone (with an important German court decision due Wednesday morning), Tuesday’s ISM services report and Thursday’s employment numbers.