Yesterday’s daily post’s title said it all: timing is everything.  Yet, I had no idea the gratification would be so instant when I posted the recommendation to short oil at 9:35AM.

CL is at or very close to the top of a long-term channel that could put an end to any further escapades…  The SMA100 [51.11] is obviously an important pivot point.  I’d want to be short as long as CL is below it.

By 10:30, CL had finished backtesting the SMA100 and was on its way toward our targets.  I dallied for a moment at a price level that would have satisfied the bulls, and then plunged to our secondary targets — registering a 6.8% decline off its earlier highs. 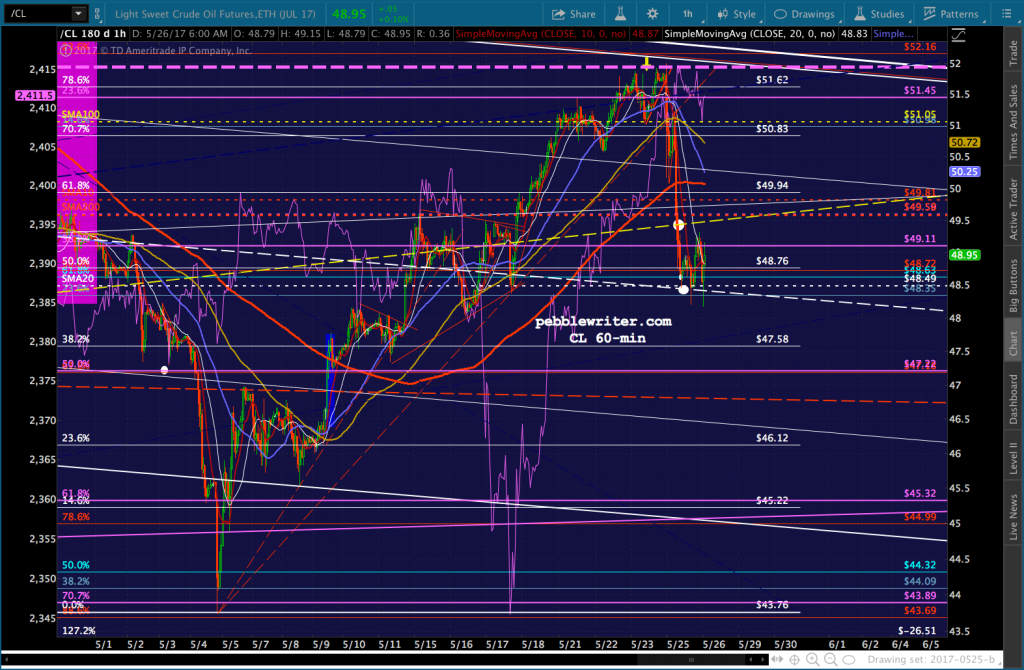 As exciting as it was to hit a jackpot like that, there was something troubling going on in equity-land.  Stocks, usually hypersensitive to moves in oil prices, were barely budging.  They were successfully pinned by VIX, which was moving steadily lower in order to protect SPX’s breakout.