The White House’s brain trust thought this would help?

Come on, guys; everyone knows that markets are very much in sync these days.  This little stink bomb took crude down $4 and an already fragile market down another 20 points. 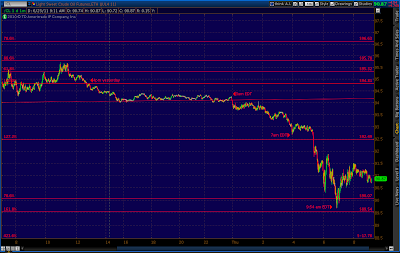 While lower gas prices will please the guy filling up his Suburban this morning, his joy will be somewhat tempered by the margin call he’ll get from his broker this afternoon. 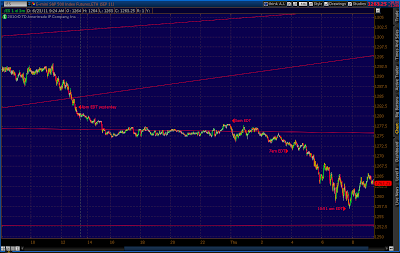 Let’s suppose the market does rebound as I expect it to.  There’s still the issue of the Strategic Petroleum Reserve being, well… strategic.  While not a very good defense against crazy things happening in the Middle East, at least it was a defense.  Sort of.

And, then there’s the arbitrage — in this case, a negative one.  This is oil we bought for a lot less money when the dollar was stronger.  When and if we replace it, it’ll be at a much higher price with a much weaker dollar.

If lower prices stuck around for awhile, I’d say it’s worth it.  But, 30 million barrels, even though it sounds like a lot, isn’t.  It’s about one day’s supply.  If the effects last for a week (unlikely) the $4 per barrel savings translates into $840 million theoretically saved (30MM x 7 days x $4).  The bad news is that the DJIA alone lost $50 billion in value (1.5% of $3 trillion) since news of this stunt leaked out around midnight.

This is a political gimmick that’s been tried before and always, always fails.  Always.