The market’s hanging in there, in the face of increasing divergence.  Is a turn imminent? 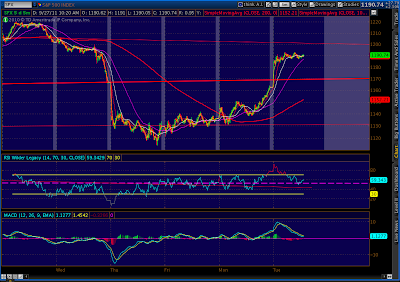 Take a look at TZA — the triple-leveraged inverse ETF on small caps. 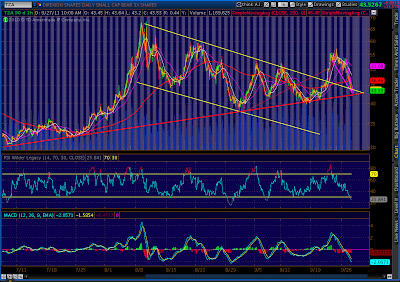 TZA peaked on Aug 8, back when the market last hit bottom.  Since then, it’s been bouncing back and forth in a descending channel.   It broke out of the channel on the 21st, and returned for a backtest.  The backtest has formed a falling wedge and a bullish Bat pattern with a reversal just ahead (the .886 Fib) at  42.81. 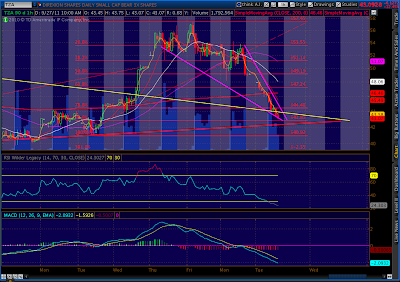 When it comes to Euro finances, it really is Deutschland über Alles.   Other countries may plot and scheme and hope and dream, but Wall Street’s latest miracle solution — the one that jeopardizes Germany’s AAA credit rating? — is a bunch of bullschnitzel.

Straight from the horse’s mouth: 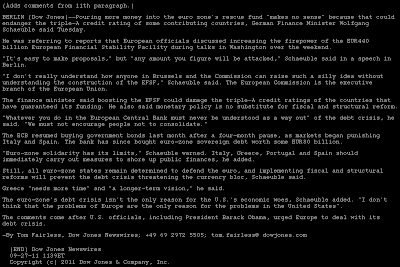 Since this stick save was the only reason for this latest rally, it stands to reason the market is about to run out of juice.

Note that even with today’s run up, SPX’s RSI has yet to break through its trend line.   The stochastic, even after three days of hooking back up, is still in negative territory. 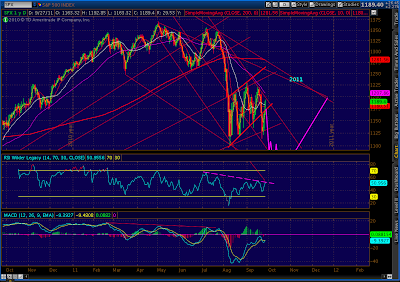 And, on the hourly chart, we’re clearly at an overbought level, with stochastic and RSI both looking like they’re at an inflection point. 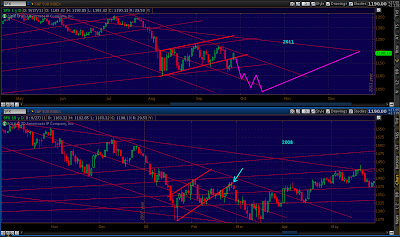