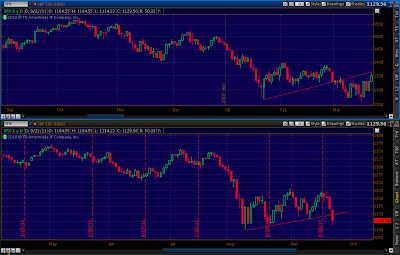 And, the past two months versus the Feb – Jul 2011 top… it also argues for the new low sometime early to mid next week. 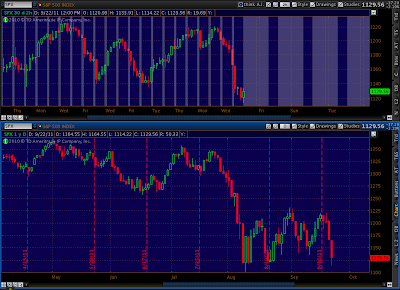 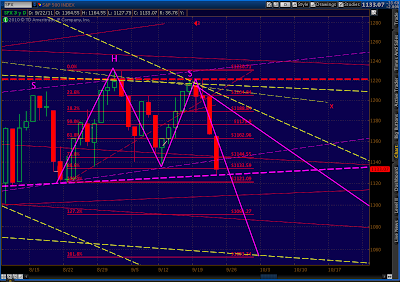 I’m currently looking for Minor 2 to backtest Fan Line 6, which by the end of the year should be up around 1150.  But this forecast is a work in progress.  I’ll probably do more over the weekend on it.

See chart below for a better view. 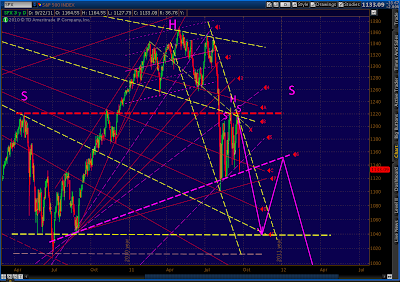 Posts will be spotty while the market is jumping around like this.  Playing the downside, but also grabbing some profits on bounces. 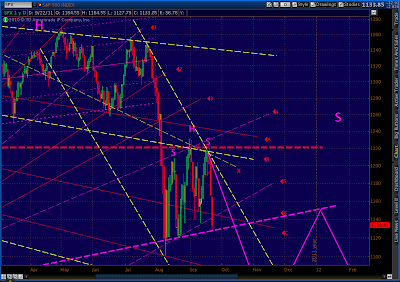 Watch these fan/trend lines for bounce opportunities.  Just had one at fan line 6, bounced back to backtest the H&S neckline (fan line 5) before heading on south. 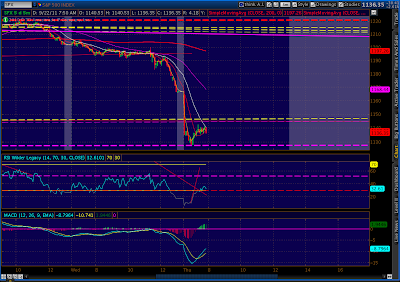