The H&S pattern we discussed this morning is “growing” as the decline continues.  The new nominal target is 1306, at which point we have more opportunities for it to expand further.  If this one plays out and if the next one does set up, it could target somewhere around 1280 – 1288.

The nice thing about rapid ascents is they leave a trail of strong downside opportunities in their wake.

BTW:  Starbucks reports after the close today.  I don’t follow the company at all, but this is not a bullish chart.  Working against the upside are the 1.272 harmonic level, a long-term trend line of resistance and a very well-formed rising wedge. 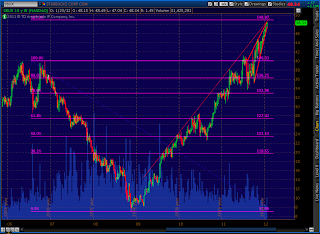 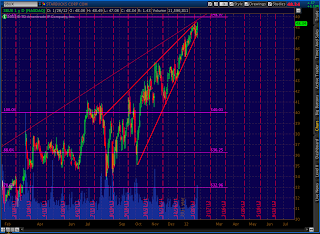 I don’t focus much on the DJIA, but it’s getting a lot of attention right now, as it climbed within 35 points of its May highs earlier today.   It’s an important level, to be sure.  A climb past 12,876 invalidates a lot of wave counts.  A stop at 12,876 makes for a deliciously bearish double top. 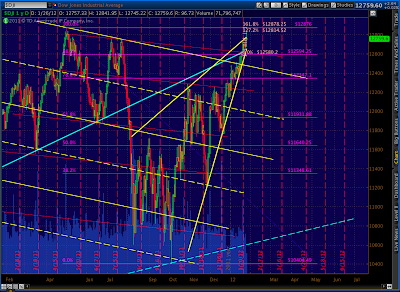 Check out the little Crab pattern setting up on the 15-min chart.  The 1.618 extension happens to be at 12,878.25.   At this point, the Dow is showing much better performance relative to the SPX than it should — a variety of divergence that should concern those betting on new DJIA highs.  Hmmm…. 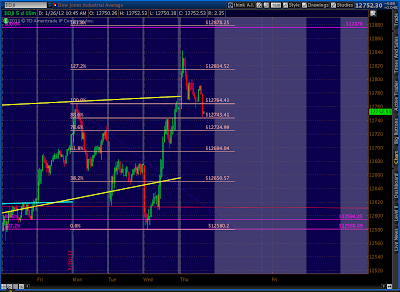 Here’s the NDX chart, showing the Butterfly pattern completion at the 1.272 extension.  Remember, this follows a Bat pattern that played out perfectly with a 10.9% decline in late October.  All things being equal, Butterfly patterns generally produce greater reversals. 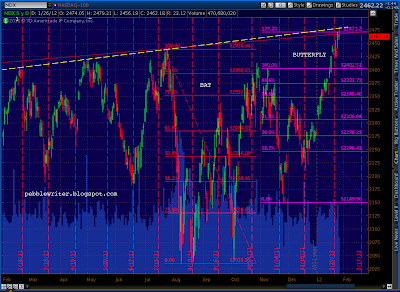 Here’s the chart concerning the Baltic Dry Index I reference in the comments below.  It’s from InvestmentTools.com, who publishes some really cool charts with all those neat combos and ratios we love to watch.   This one speaks volumes: 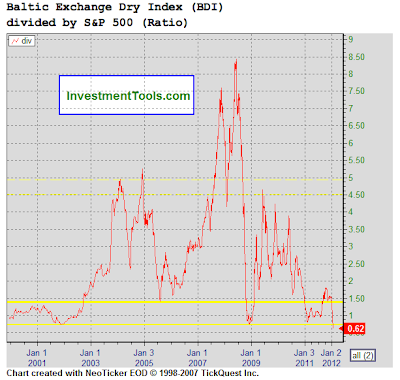 Check out the little H&S setting up on SPX.  It targets 1311 in the short run and could set up some larger patterns if it plays out. 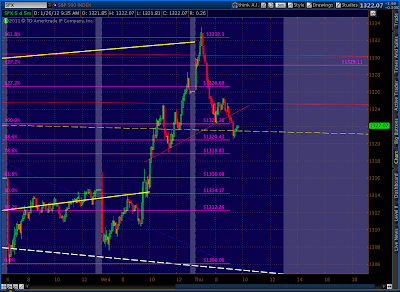 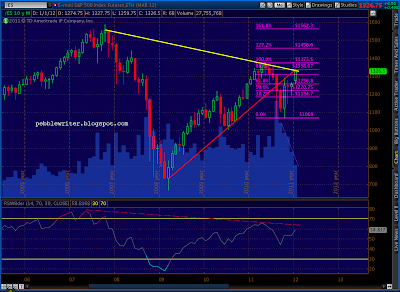 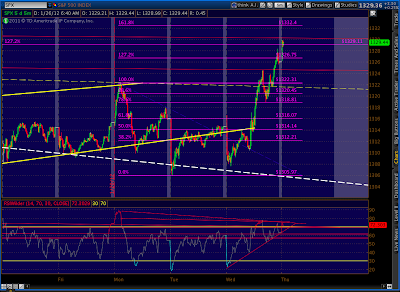