The Dollar Index (DX) found support at the fan line we were watching.  There’s plenty of resistance up ahead, but the channel it’s in indicates a potential meteoric rise.  Note that this channel is at the exact same slope as every other from the past 4 years. 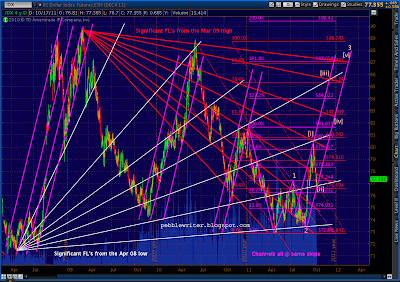 I expect a rise to the 87 area, sometime in the Dec 11 – Mar 12 time frame.  This part is tricky, as previous rises have channel surfed.  In the summer of 2008, DX accelerated when it shifted to a parallel channel to the left – not once, but twice.  Eventually, it returned to the original channel to complete the move. 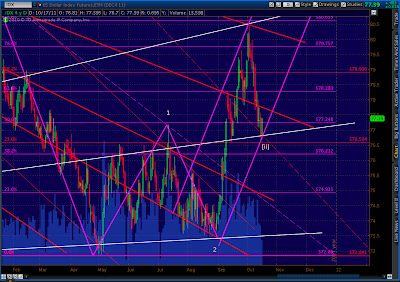 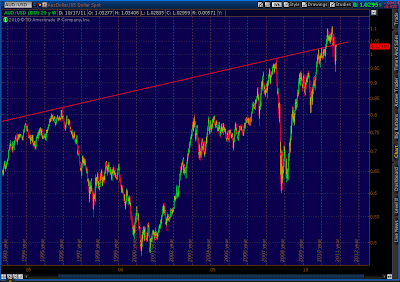 Toss in some neat fan lines, channel and some Fib retracements… 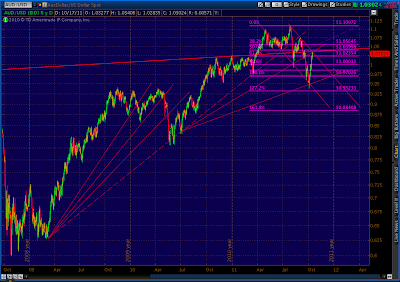 Makes a pretty compelling case for a reversal. 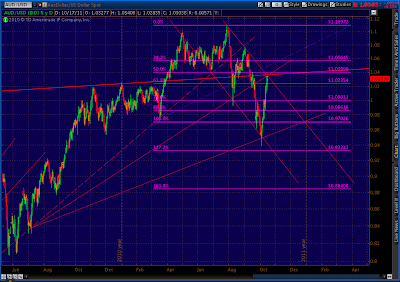