Rally showing great breadth, could go quite a ways before erasing the recent oversold technicals.   Spit-balling here, but the potential inverse H&S pattern setting up could be good for 40 points or so.  It would intersect with a TL off the 1292 top as well as one of our channel lines and the .618 Fib retracement of the 1292 to 1158 decline.  We’ll call the target 1241 for now. 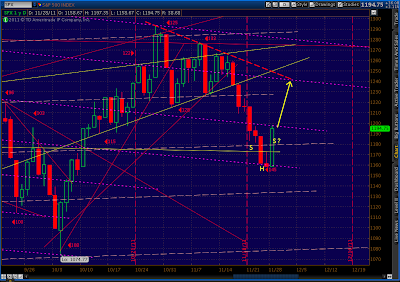 The bullish Bat pattern we’ve been watching on AAPL is playing out nicely. 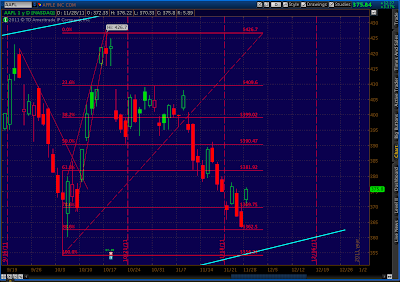 VIX, well off its lows of the day, appears to be backtesting the triangle it’s been in for about a month.  Looking back to August, VIX has established a sloppy downward sloping channel of sorts.  The bottom of the channel might act as a magnet if this rally were to gain steam. 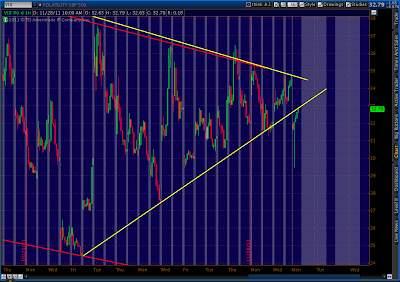 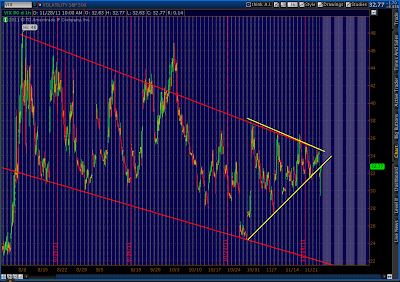 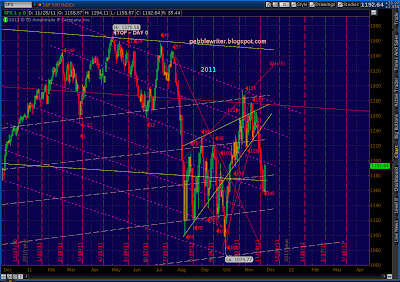 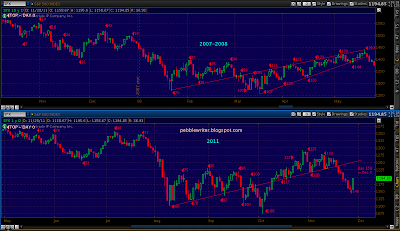