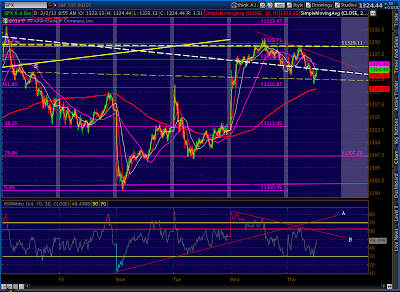 Notice the RSI trend lines on the 5 min chart offer two options.  RSI can continue to bounce along on the underbelly of TL A, going higher and potentially testing 1333.  Or, it has the perfect opportunity to follow TL B down, testing 1321.41.  It’s not an ironclad test, but it’s a pretty good indication.

ITM, gold has backed off its earlier highs.

Gold has pushed about as far as it can go without breaking through what I believe is a back test of the last fan line.   It’s also stalled at the .382 Fib line of the Crab pattern and is showing strong negative divergence on the 60-min chart. 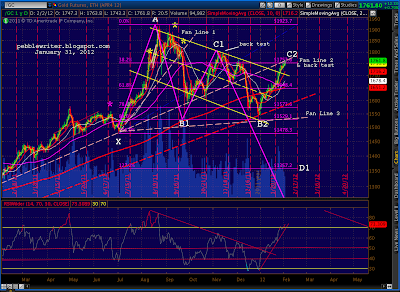 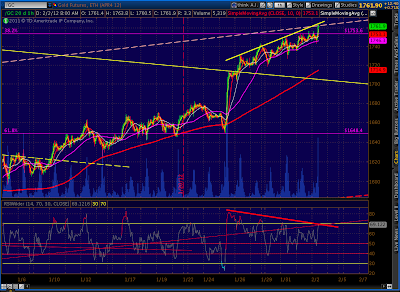