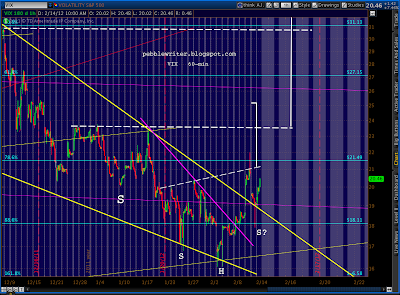 A rise to 21.13 or so will complete an Inverse Head & Shoulder pattern that targets 25+. 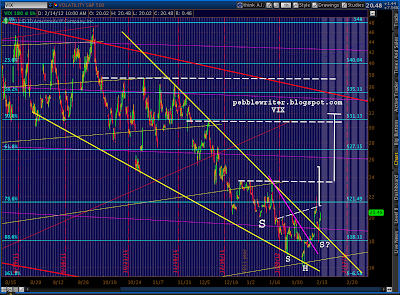 A corresponding drop in SPX to 1339 will complete the bearish (for stocks) H&S pattern there.

For anyone following the USDJPY, we’ve seen a pretty strong move today – rising above the SMA 200.  But, a genuine break out will take some doing.  On a log scale, the purple TL/channel guiding prices since 2007 is still intact.   Most troubling for the bullish case is the RSI, which looks to be tagging a TL that’s not been very accommodative.

And, just for grins… 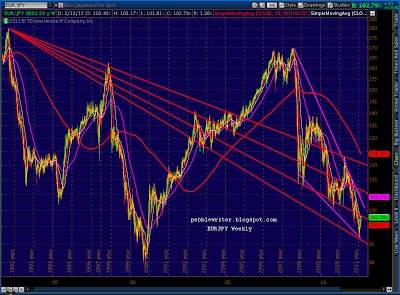 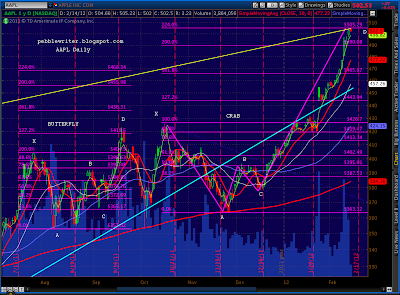 Anyone playing the downside from here, however, would be well advised to place prudent stops; the next significant Fib level is way up at 529.

Eminis flashing -5 at this time.  SPX will need to trade below 1339 (10 SMA) to confirm the change in momentum and complete the first Head & Shoulders pattern, while 1343 would take prices below the rising wedge. 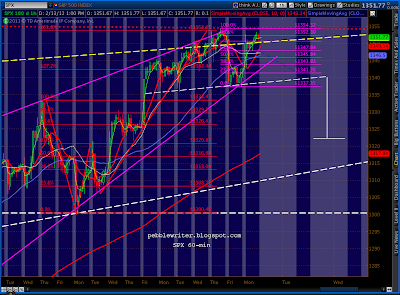 EURUSD has broken down from the rising wedge it’s been tracing out (since the first of the year) and completed a successful back test.   It bounced off the SMA 20 last night, having broken through the SMA 10 yesterday.  Further, the EMA 3 crossed below the SMA 10 with the rising wedge break. 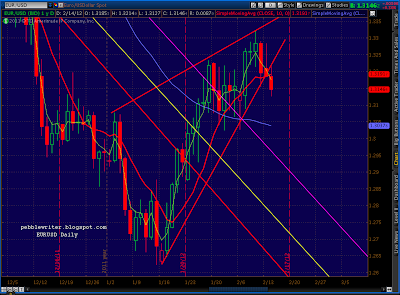 I always label my moving averages the same — just to make it easier to keep track of them on busy charts: