The NDX RSI trend line was broken on the daily chart. 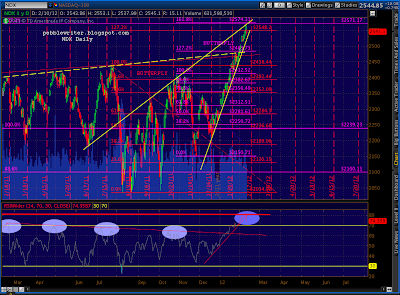 VIX has broken out of its falling wedge.  We should see some sort of backtest, which will establish a right shoulder in an inverse H&S pattern, then a run up to 25+.  Note that each target which is fulfilled on an IHS completes another, larger IHS — in a reverse waterfall of ever-increasing values. 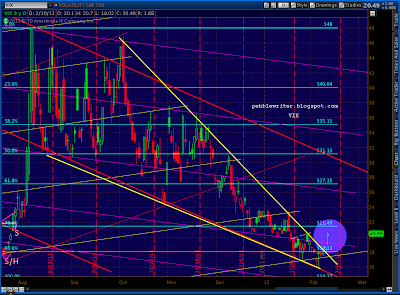 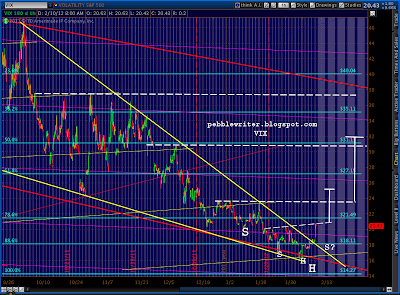 I wrote about the same pattern last July, just prior to the market imploding [see: Do You Feel Lucky?] 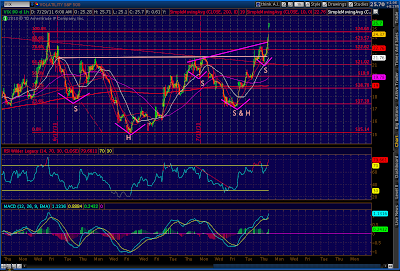 But, an IH&S pattern on VIX wouldn’t be worth much without a matching H&S pattern on SPX, though, right?  Here’s a little one worth watching: 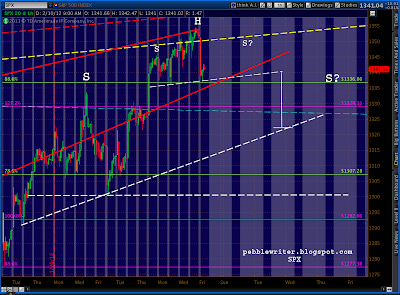 Of course, little ones can turn into bigger ones… 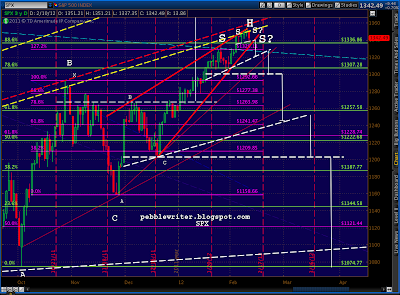 Which can turn into really, really big ones… 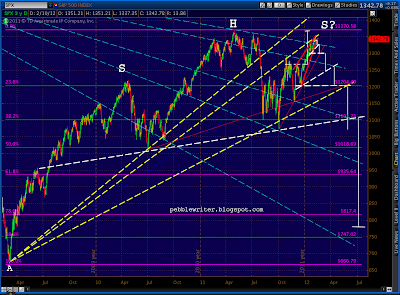 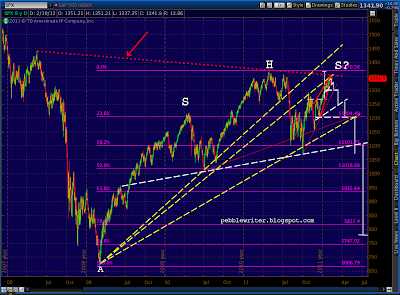 AUDUSD charts, relating to discussion below… 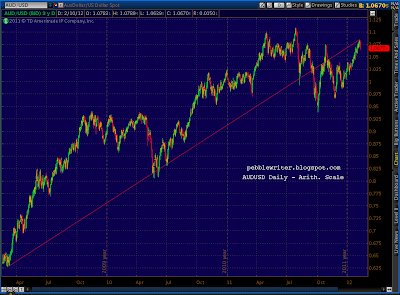 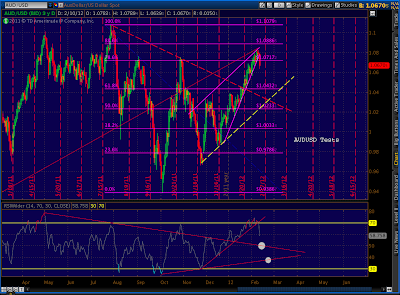