Thanks to ewtnewbie for this question on Daneric’s excellent EW blog:

Your comparison chart shows that the topping action in 2007 had a multi-day retest of the neckline, but only wicks above it, no closes. If that holds true this time, we not see 1270 on a closing basis. Just something to think about.

Sorry, sometimes I go a little overboard with the TLs.  But, sometimes I think one is done affecting anything and delete it.  Then, surprise!, right back in the soup.

Gotta tell you, the question re a-b-c is my biggest challenge with EW (aside from the dain bramage.)  I’m always wrong with the size/scale of corrective waves, thus leave labeling to those much more capable.  In fact, it’s probably why I dove headfirst into chart patterns, TL’s and harmonics…no labeling!   With that disclaimer out there, my guess is today was the whole enchilada.  Probably not “big” enough, but that’s pretty much what happened in 2007 so it’s good enough for me. 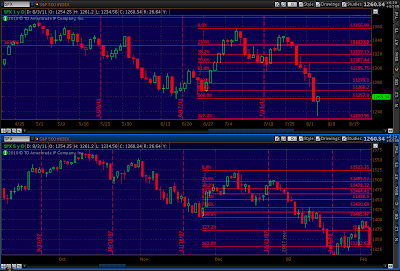 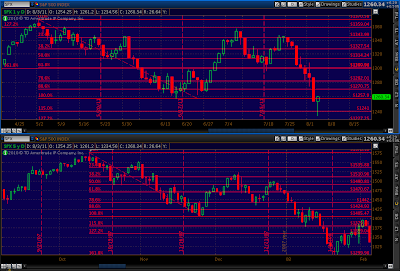 I can’t really argue with 1273 or 1279, as that’s where I’ve shown the bounce going to for the past two weeks.  It’s also where my regression channel -2 std dev line is.  But, I’m a little troubled by the idea of that big a bounce.

Hence, the only reason I’m not completely committed on the short side just now — and the reason I took the trouble to play the bounce today.  I can see the bounce stopping right here and now, or tagging that line on the backtest.  But, seeing as how it’s a difference of only 20 pts in the scheme of a 100+ point swing, I can live with the ambiguity. 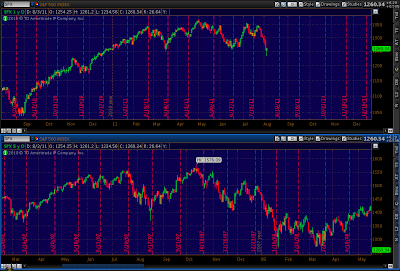 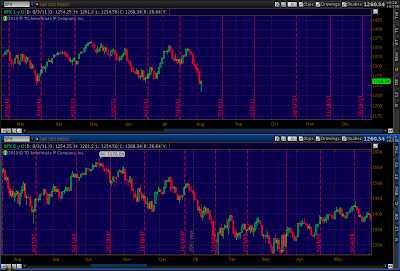 Trying really hard not to get distracted by the intermittent noise.

Standing firm,
weathering the storm,
sticking to the plan,
staying the course,
keeping the faith…

Tagged the 1260 IHS target, a little over the 1258 resistance.  Watching a rising wedge getting close to its apex of around 1265 (the other IHS target, hmmm…)

Also seeing a divergence between price and RSI/histogram.  Time to add to shorts. 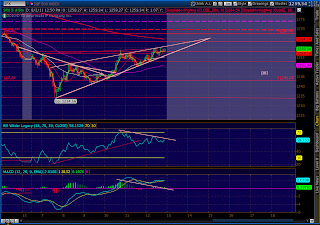 Looking at the candle we’re likely to leave on the day.  Hammer is a popular candle, but not always a good indicator.  Bulkowski has a good discussion.

Getting awfully close to 1258.  Will go ahead and close out the longs I was playing the bounce with and start scaling in some shorts.  It might indeed go higher in the short run, but I’m fairly certain it’s going lower in the medium/longer term.

Two little inverse head & shoulders patterns setting up on the 1-min chart.  Might be the boost we need to do a proper c leg of the a-b-c here.  Targets are 1260 and 1266.  I’m watching for a break above 1252 on the upside or 1240 on the downside before adding more to any positions. 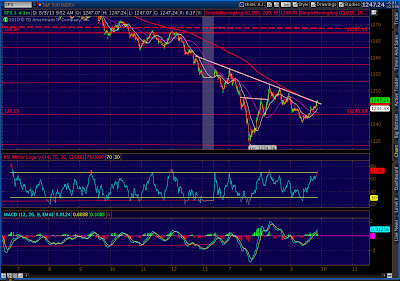 Although, it’s likely 1258.07, now that it’s been broken as support, will act as resistance to any further bounce (see below.) 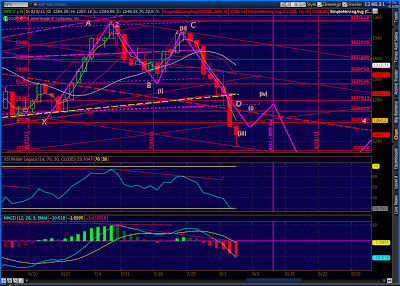 Market down 12, looks like more to come.  Next logical place to pause is TL and completion of bullish crab at 1233. 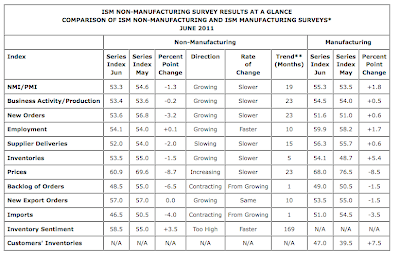 Factory orders came in at a 0.8% decrease instead of -1.0%.  briefing.com does a great job of graphing the trends.   Here’s the report, available here. 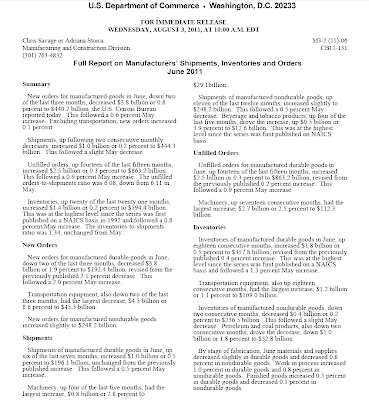 Reached the important 1249.50 level of support; this would be the logical place for support to come back in if it’s going to. I imagine any bump we get will be limited to 1268 or so.

We saw the  ISM manufacturing numbers come in barely positive last week.  I don’t expect services to be any better, especially given the reported layoffs in the financial sector.  The market’s looking for 52. 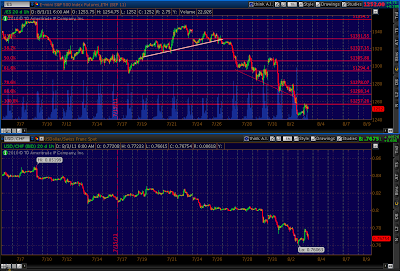 And, the rest of the currencies vs S&P futures… 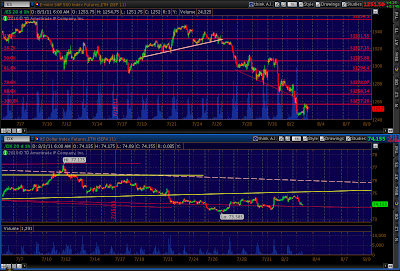