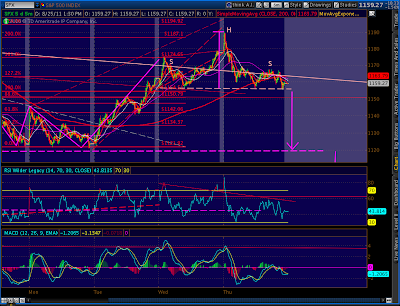 Another way of viewing today’s H&S pattern…  If it completes at 1156, this one potentially takes us all the way to 1121, also completing the larger pattern with the 1032 target. 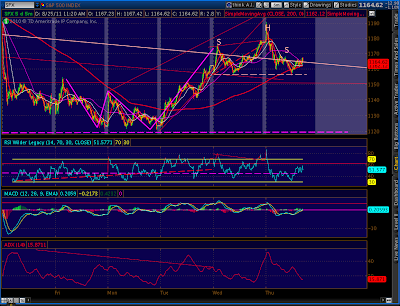 This morning’s spike has been successfully beaten back.  The reversal leaves a head & shoulders pattern on the 15-minute chart. 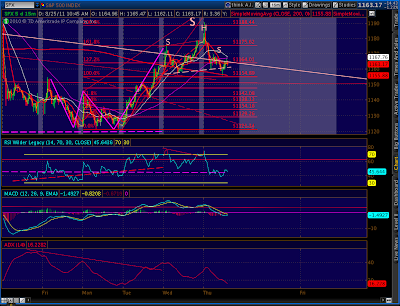 Potential is to 1130, just 9 points away from completion of the larger H&S pattern with potential to 1032. 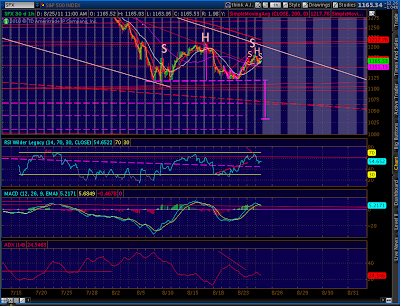 For all the excitement around the Buffet/BAC deal, the after-effect is a perfectly-formed bearish Crab pattern that should quickly erase this morning’s bump and then some. 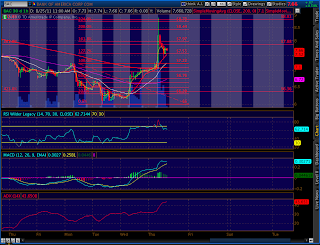 BofA has 10.09 billion shares outstanding, with a market cap of $63.85 billion.  For his $5 billion, Buffet gets cumulative preferred stock with a 6% dividend and redeemable with a 5% premium.

Looking at it another way, if BAC recovers to 14.28 or more, he’s essentially got his preferreds for free. He can reap the $300 million in annual dividends on essentially a zero investment going forward. Pretty healthy IRR, wouldn’t you say?

Why would BAC offer Warren & Co such a sweet deal?  It had no choice.  Warren, who from all accounts is a sweetheart of a guy, knows a desperate borrower when he sees one.  And, this settles that pesky question as to how desperate BAC really is.

Terrible news for the shorts —  131 million shares worth.

Initial claims of 417K versus expectations of 400K.  The futures promptly dropped 5 points, but are now spiking on news of Berkshire Hathaway’s $5 billion capital infusion into BofA. 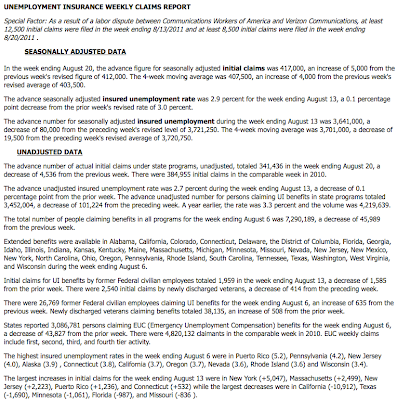 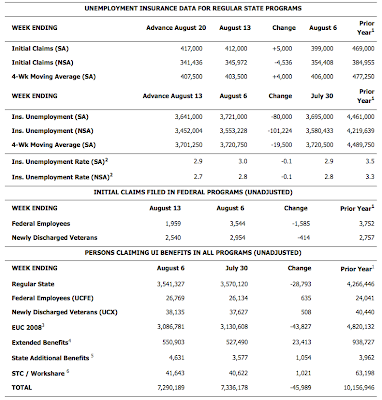 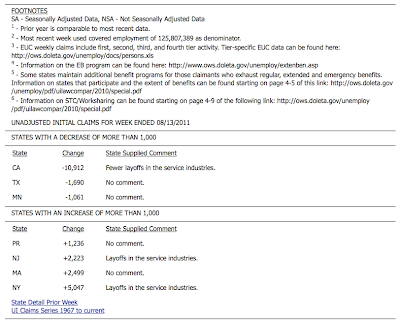