I’ve been undecided about one aspect of the 2007=2001 pattern for most of the past week.

The price drop we’ve experienced is obviously much greater in percentage terms than in 2007.  Yet, the pattern of chop we’ve seen is exactly the same.

Throw in the harmonics patterns I discuss below, and I think we’re on the cusp of another big leg down.  I’ve been expecting it to happen this afternoon, but maybe it’s not until Monday.  For those of you looking for an exact date, think late in the day on January 14, 2008. 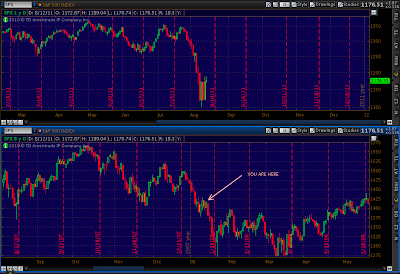 I realize it’s not terribly obvious from the daily chart, which still looks a bit on the oversold side. That’s the only thing keeping me from being 100% certain.   But, the shorter term charts are shaping up nicely.   There’s also a nice divergence between the rising prices and falling volume. 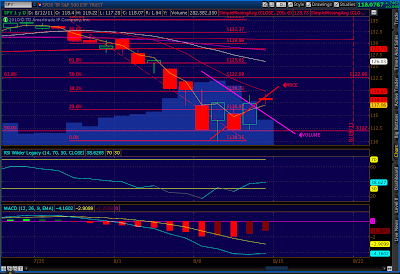 Gartley, Crab and Butterfly (adding here in yellow) all completing at 1186-1191…could be big! 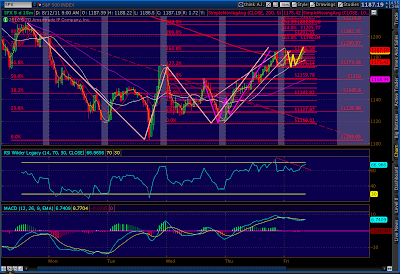 Hadn’t noticed this before, but the bearish Crab pattern (in purple) we just completed yesterday also completed a bearish Gartley pattern (white.) 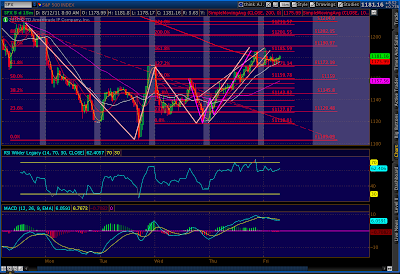 As I always say, there’s no guarantee on these; they’re right about 70-80% of the time.  But, when I see two very well-formed patterns nestled one inside the other, it’s a very good indicator that 1190.97 will not be exceeded today in any meaningful way.

BTW, it’s interesting that this tug-of-war is happening at the same price level as a large gap formed on December 1, 2010. 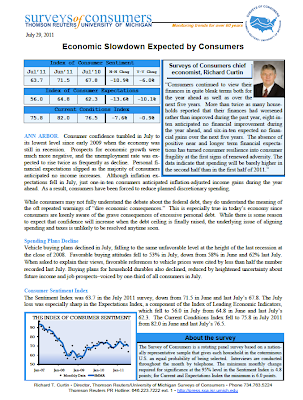 Gold is off 11 so far, but the potential is much greater. 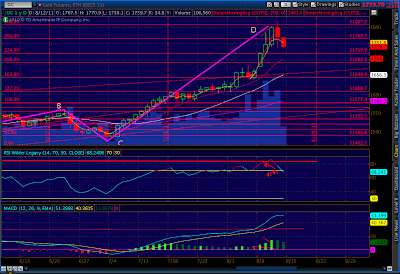 A reminder:  the Butterfly pattern that completed a couple of days ago [see:  All That Glitters] calls for a minimum .618 retrace of the DA leg.  While not guaranteed to happen, it’s worth noting that such a mild retrace would take prices down to 1506.  A typical 1.618 retrace would indicate a downside of 1250. 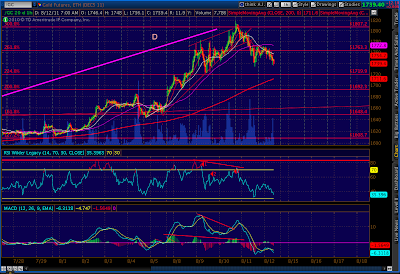 SPX completed a bearish crab pattern yesterday at the 161.8 extension. 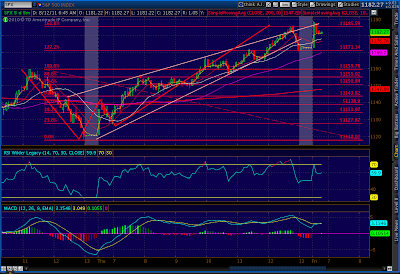 It also completed a rising wedge pattern, reaching about 80% of the way to the apex.  Both contributed to the 16-point reversal at the end of the day.

I’m viewing this morning’s run up as a backtest of the rising wedge until proven otherwise.  If the crab plays out, we should give up the 14 points we just gained and then some. 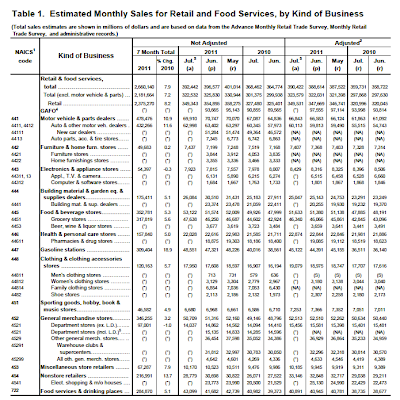