A quick summary of the major charts…

RUT has completed a Crab Pattern (in red) within the last leg of a Bat Pattern (purple) off the 2011 highs.  Significantly, it hasn’t been able to clear the TL off the May and July highs.  The May 2011 high was a double-top to 2007’s. 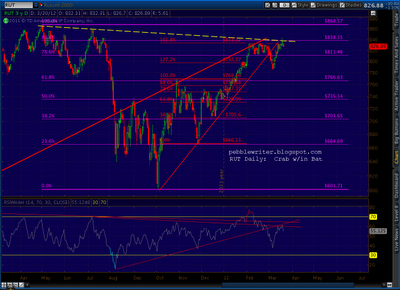 COMP is tagging a trend line off the 2007 highs which is exactly parallel to the line connecting the 2002 and 2009 lows.  A reversal here would make for four touches — i.e. a channel. 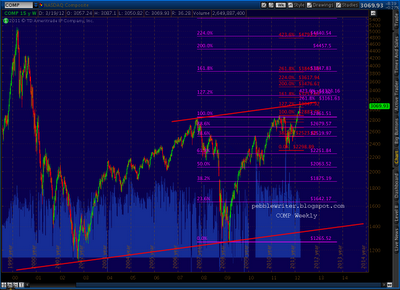 While the largest potential Butterfly Pattern 1.272 completion is still some distance away (3295 v current 3071), it completed a small Crab within a small Butterfly at 3062 and 3048 respectively.  I think that between the TL and the smaller Butterfly, we should get at least an interim low in the short run — even though there’s more medium-term upside to the 3250-3300 level. 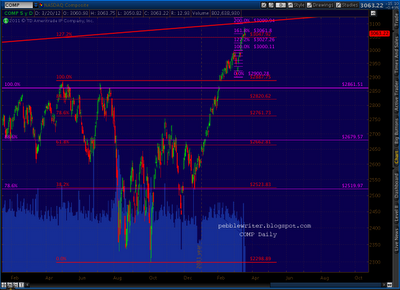 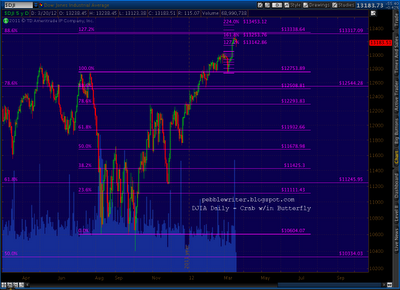 Zooming out, we see that we’re also bumping up against the .886 of the Oct ’07 to Mar ’09 drop at 13,317.09.  Either of these patterns could be considered close enough to be complete, but a small intra-day bump to tag the actual target is very feasible. 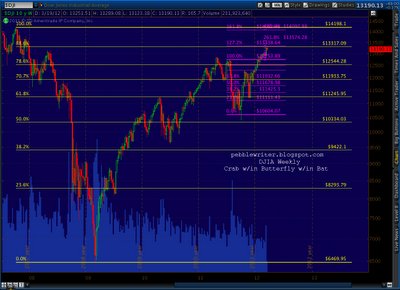 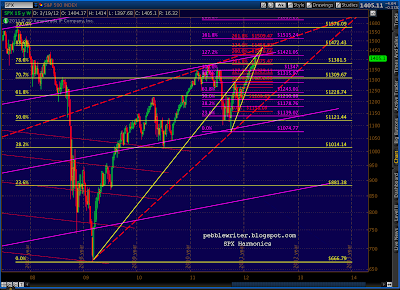 There is ample bearish divergence in every time frame. 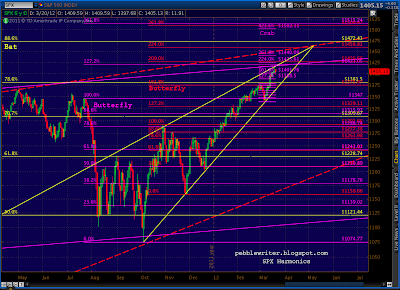