Good, strong close at low for the day.  Guess I’m not the only one looking for disappointing news from Brussels. Here’s a peek at the DX daily chart.  Note the .618 Fib intersecting with the SMA 200 and a reversal candle for the day. 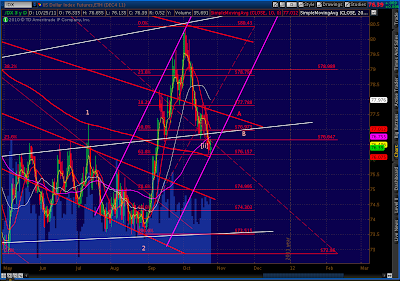 And, just for grins, here’s a pattern that doesn’t quite fit in any traditional harmonic pattern. 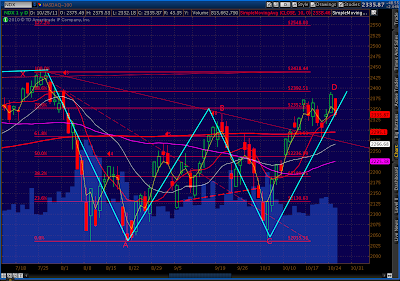 SPX just completed small H&S that could produce a quick drop to 1210.  It echoes the pennant we made earlier in the day, and would leave the index appropriately close to the center line of the regression channel we’re following (dotted yellow line in daily chart below.) 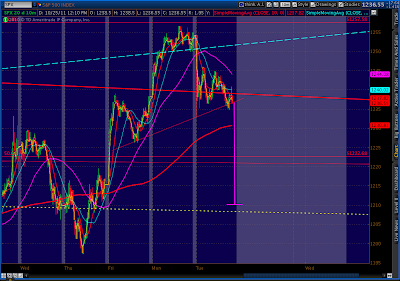 Given the structure of the rise these past two weeks, there are several other H&S patterns that could complete, depending on how the next day or two go.  A bump back up from 1210, for instance, could form a right shoulder for a 50-pt pattern that helps get us to the 1160 area.  Worth keeping an eye on.

If we sell off big, I’m looking for a leg down to 1160ish for starters.  If that comes off as our B wave, then the final push should be to 1307 or so.  If B is done, then the floor drops out.  The big question will be how to know which one it is.  Here, we’ll just have to pay attention to the quality of the news — dead deal or more can-kicking. 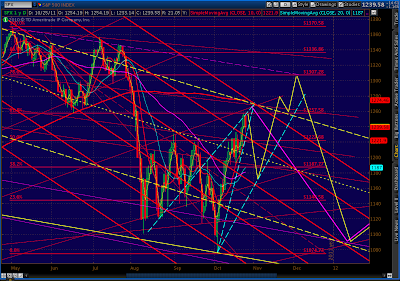 Just speculating here, but if we should reverse here and follow the yellow line, completing a more significant B wave in this corrective wave 2,  I’ll be on the lookout for a C wave that terminates at the .786, completing a Gartley pattern at 1307.   Note that this would potentially intersect with a trend line (purple, dashed) off the May 2 and Jul 7 highs.

That’s not to say we couldn’t get there without a more significant B wave; it’s just that this rising wedge is getting very, very long in the tooth and I can’t see it continuing to melt up without more of a break.

I’m going to go ahead and alter the yellow line to reflect this possibility, but keep in mind this is speculating on what I consider an alternate count.  My preferred outcome is a sell-off following disappointment over what’s (not) happening in Brussels.

Speaking of which, I’m starting to see more and more expectation management out of the Eurozone.  My favorite is this one: 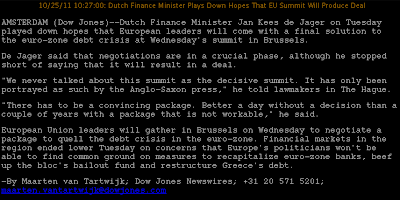 He’s correct when he says they “never talked about this summit as the decisive summit.”  The decisive summits were February 14,  March 24, June 23, July 21 and September 16.  Here’s a great visual from Reuters, courtesy of Zerohedge.  It does a great job of charting Italian bond yields over the past year of promises and missteps by the Eurostooges. 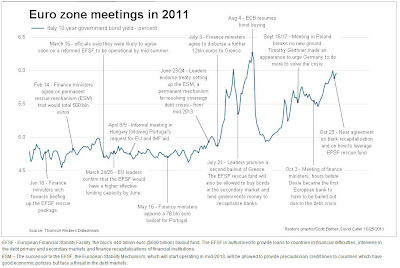