An updated look at the regression channel since the top… 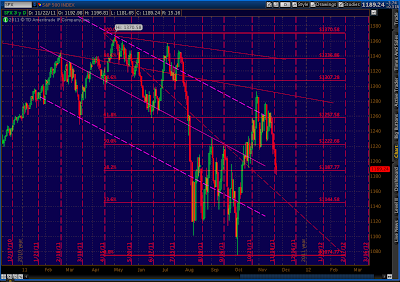 Looks like the midline should provide a good turning point, although a similar spot in 2008 fell quickly to that declining market.  Re 2008, next Friday is 2011’s 150th trading day since the May top.  This proved to be the ultimate turning point in 2008.

Could we have a sharp rally in the next seven trading days?

Market trying to make up its mind… 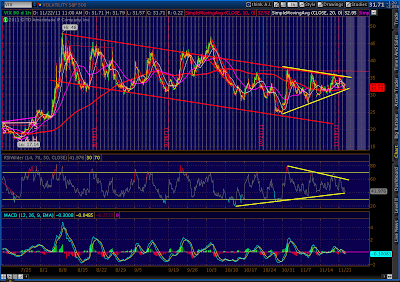 VIX channel evolving into a triangle.

SPX:  came within 4 of the 1177 Butterfly target, probably close enough to indicate the next move is up, but the near term is still a bit muddled.  I’m still mostly straddled here, with near-term bullish positions and longer-term bearish.  The RSI TL’s point to a breakout one way or the other before today’s close. 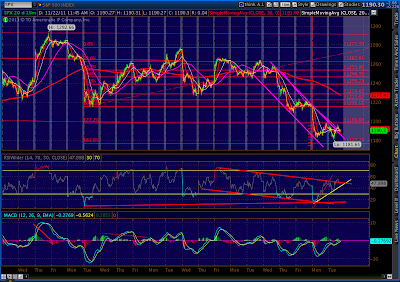 The EUR falling wedge we were watching has the look of having broken out, but the move isn’t very convincing yet.  We got a backtest, but the initial subsequent rise hasn’t impressed me. 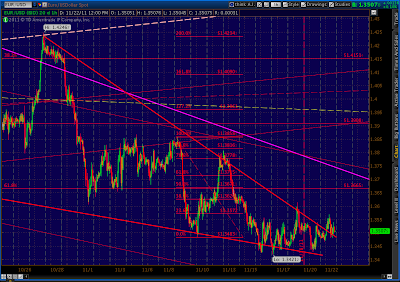 It would be too easy to slide the upper bound of the wedge up an smidge, and consider the whole thing to have not broken out at all — YET.  Either way you look at it, I see a wedge that’s due to break out. 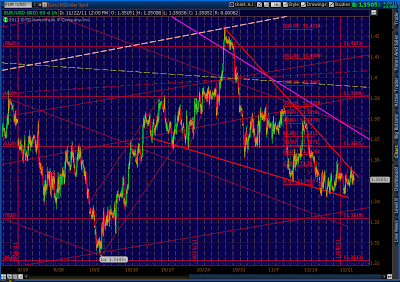 Similarly, DX has established a nice rising wedge that reaches its apex on Friday, meaning it should break to the downside before then. 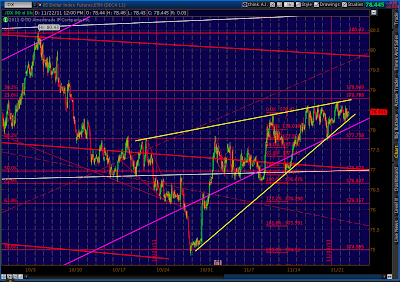 In sum, this feels like a consolidation, with bears trying to work up the courage for another push down — but just not able to shake the feeling that they’ll get trapped yet again.  And, bulls, wondering if Hopium might have finally exhausted itself in the avalanche of negative news.

But, we are clearly due for at least a decent rebound in the short run, possibly something more, before the next leg down.  And, for diehard bulls, there is still room for a larger C wave up before we consider wave 2 “done.”