Markets continue in a consolidation mode post breakout.  The EURUSD seems to have found its footing, with a couple of choices still possible for the operative channel and harmonic pattern in the near term. 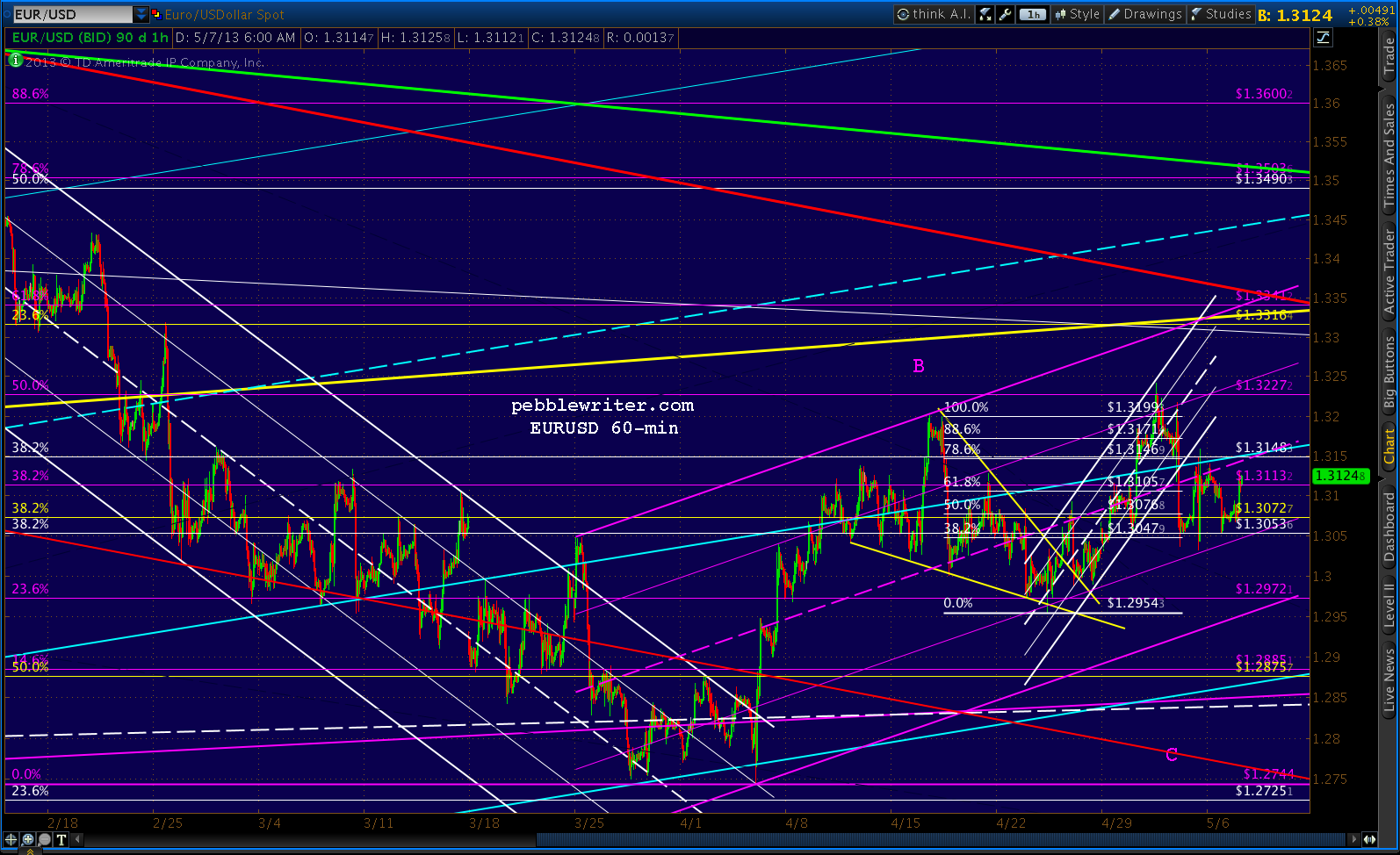 The USD appears to have found support at the intersection of the rising white channel and the .382.  If it’s able to hold these levels, look for a return to test the yellow channel midline and the .618 at 82.577. 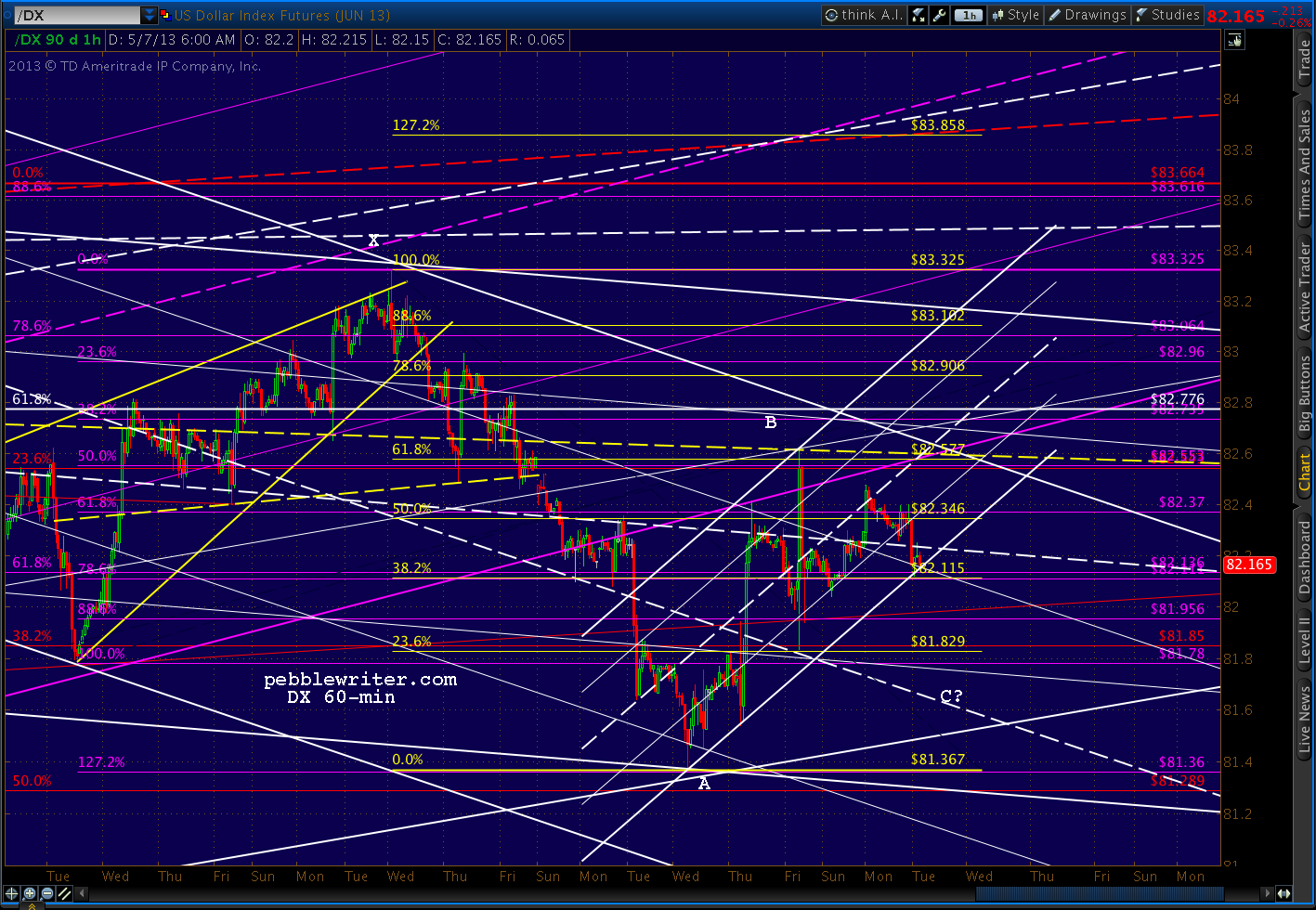 SPX just reached a small scale 1.618 at the midline of the small white channel.  We have been waiting for a backtest of the IH&S neckline (yellow, dashed) and/or broken TL’s that would confirm the operative rising channel. 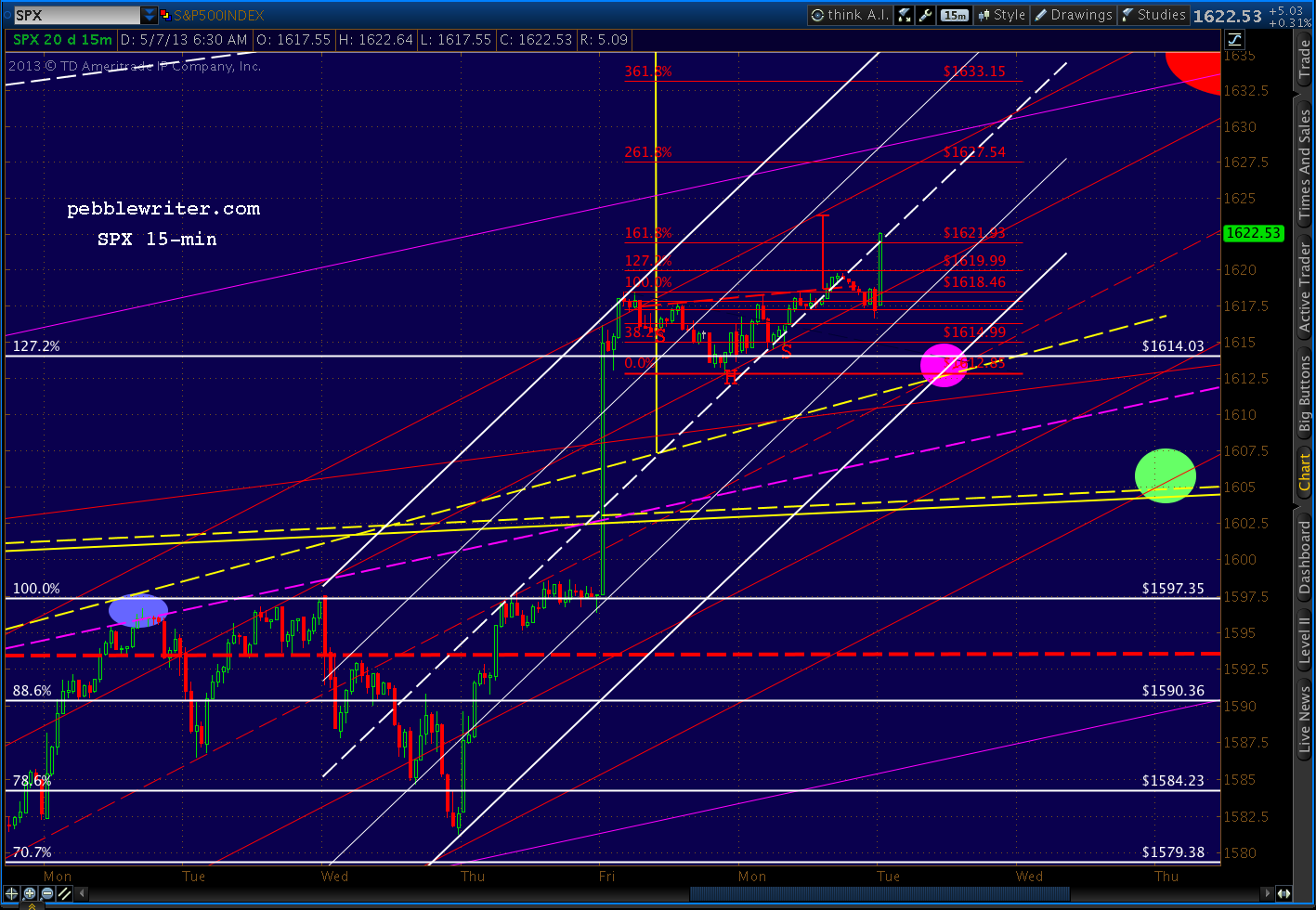 This price level has potential. But, given the strength of many of the European markets, such a pullback might have to wait until SPX reaches our next target.

We’ll keep an eye on 1622, as a reversal through it would likely mean the back test is on.  I’d probably try an interim short there, with the most likely target being the intersection of the red channel midline and the IH&S neckline around 1614.09 around 12:15 ET.