Apparently, it wasn’t the polar vortex after all (as anyone with half a brain already knew.)  Retail sales fell off a cliff in April, too.  Maybe it was too warm?

Will it ruin the “market’s” plans to make new highs at 1900+ in SPX?  Probably not.  But, it might set up yet another nominal new high with no follow-through…unless the MSM comes up with a positive spin real fast.  My guess: “this will definitely taper the taper!” 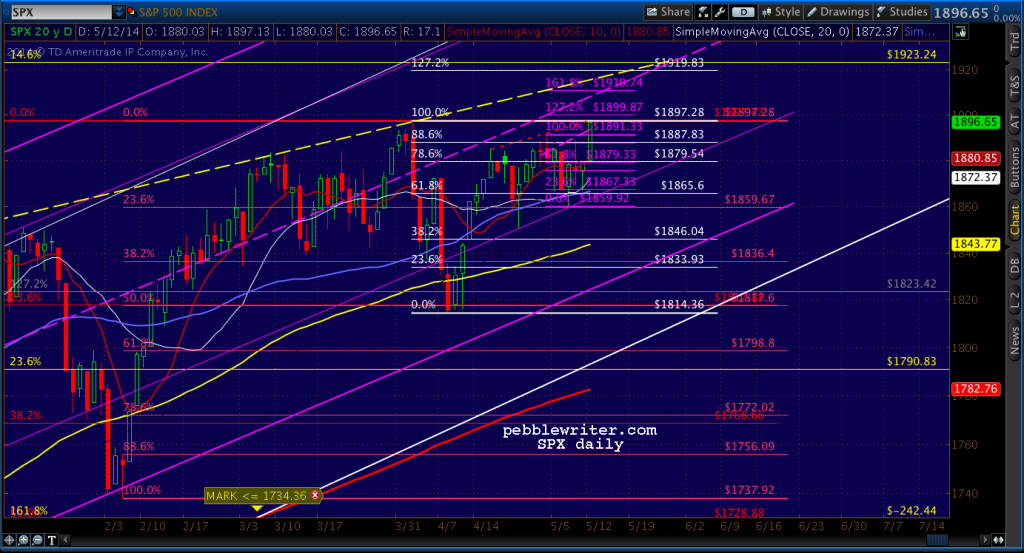 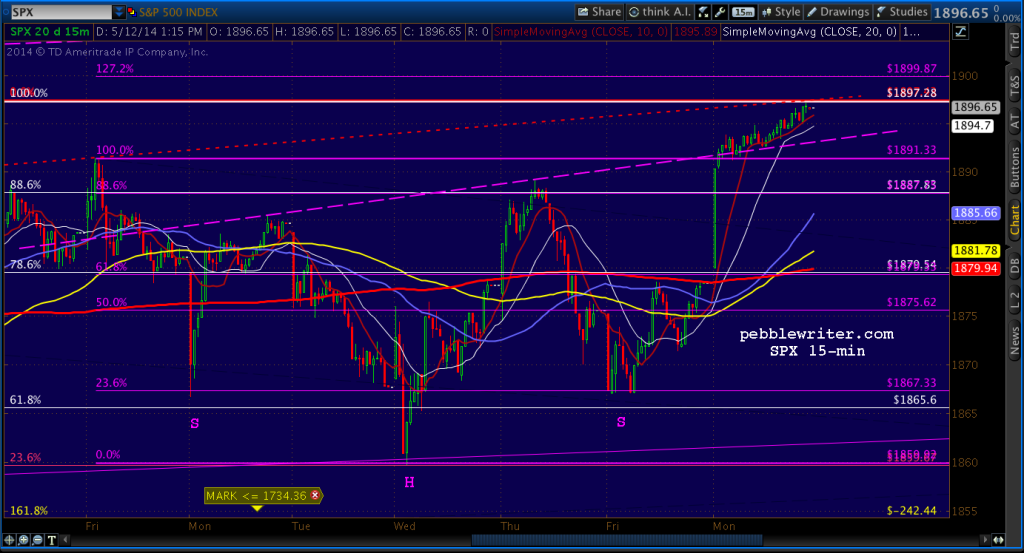 Just got to 1900, thanks to a bounce manufactured in USDJPY.  This would be an opportune time for a backtest of the neckline or a moving average (SMA10=1880.)  The actual level will, of course, be set by the USDJPY — which looks like it’ll backtest the grey channel bottom around 101.85. 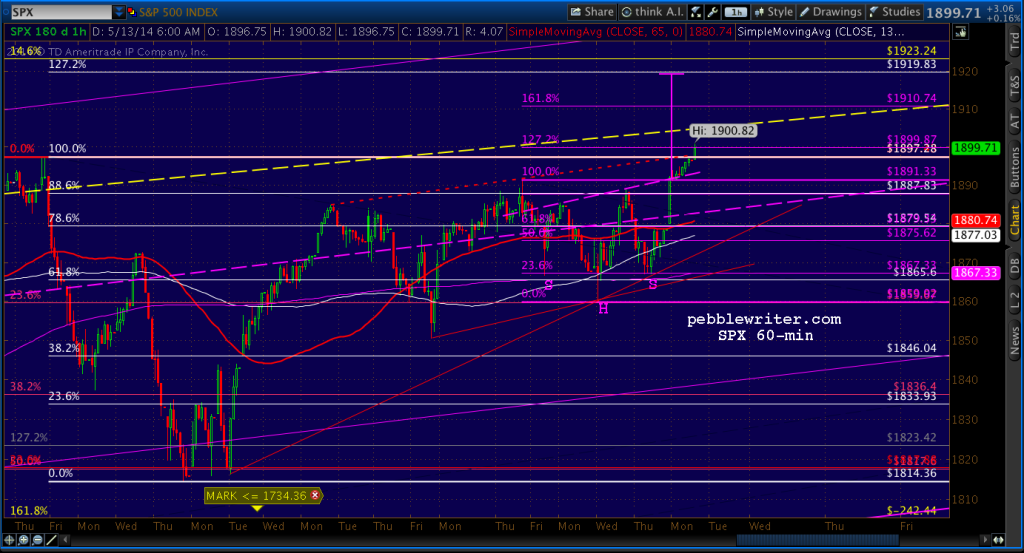