SPX attempting a comeback.   Could be nothing more than a back test on the small H&S pattern just completed that indicates 1352 to the downside.

I’m watching the 30 and 60-minute RSI’s for signs that it’s more than just that. 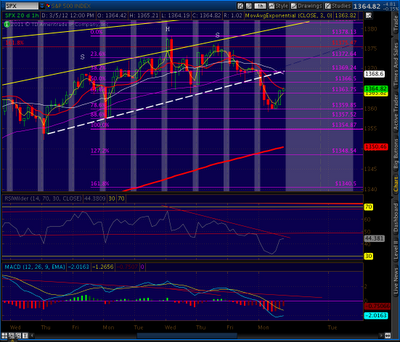 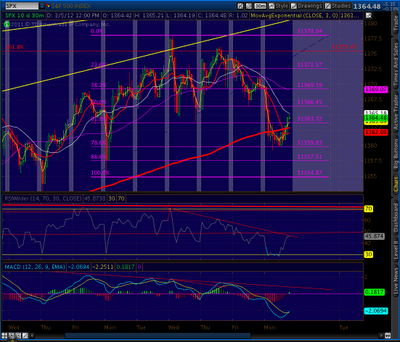 The daily RSI is still looking quite bearish, having broken the yellow TL.  However, the purple line awaits. 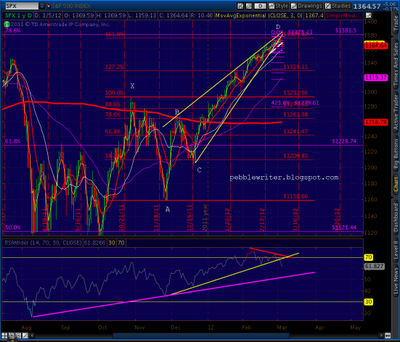 ISM Services survey results out…read the entire report here.  Overall positive, except for slowing employment and rising prices — which will be seen as problematic in a market addicted to QE. 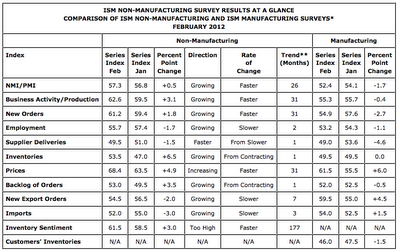 SPX has finally joining the party — making what looks like a definitive break from the rising wedge and reaction off the 1.618 Fib level of the Butterfly and .786 of the big Gartley patterns. 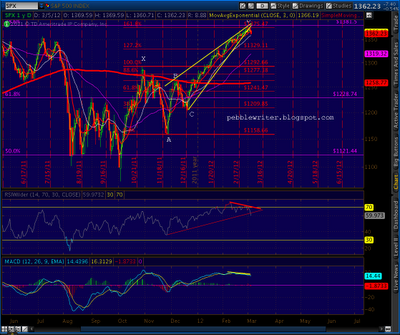 The daily RSI appears to have broken its trend line.  The hourly definitely has. 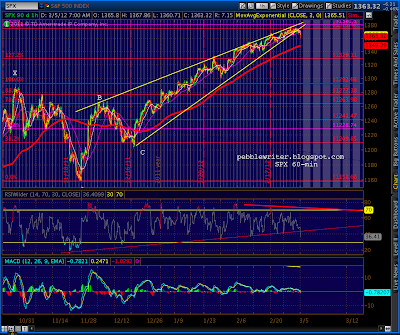 RUT continues to show weakness.  Recall that it already broke down from its rising wedge and its RSI TL on Feb 29.  The SMA 50 is just ahead at 792.72. 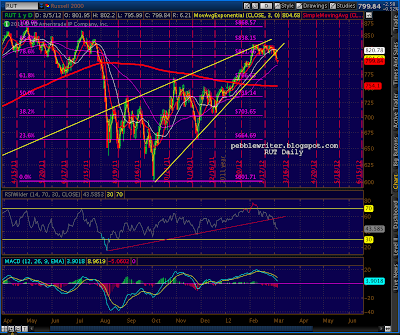 VIX showing strength, up over 8% this morning.  Note how the RSI has obeyed the rising TL as we suspected it would. 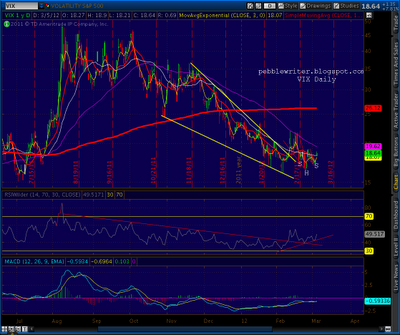 We can see a completed IH&S pattern and a clean RSI TL break on the 60-min chart.  The IH&S pattern points to 21.38 in the near run. 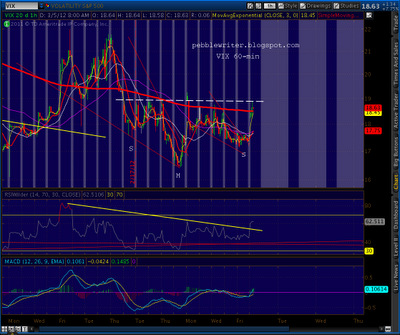 Here’s a snapshot of the current positions in the model portfolio, showing prices as of mid-day.  We are still in 64% cash, as I’d like to see more downside momentum (moving averages broken, MACD’s turn negative, etc.) before adding to our current shorts. 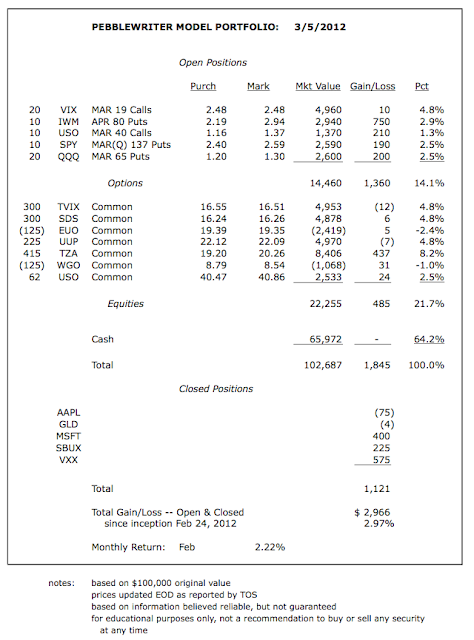