And, that’s a tag.  We might get a little throwover, but any meaningful rise from here is going to take some serious doing and should require a pullback first. 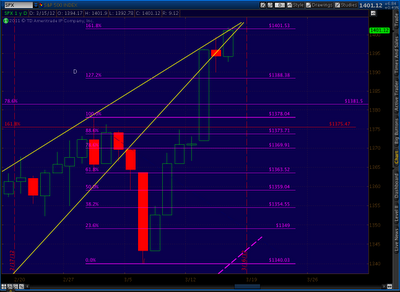 It’s coinciding with a Crab completion (and double top) on XLF – the financial ETF. 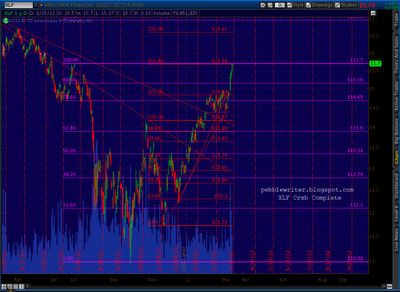 And a tag of the fan line off the May 2011 top and third test of the Crab completion amidst a back test for RUT. 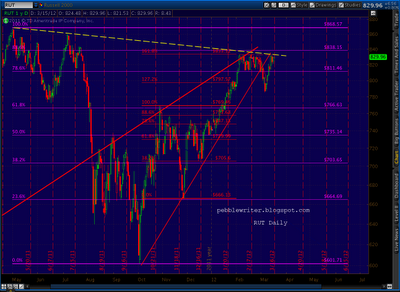 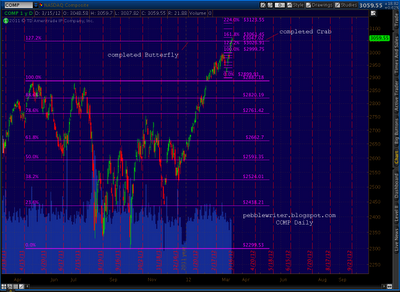 And, even a Crab completion on AAPL. 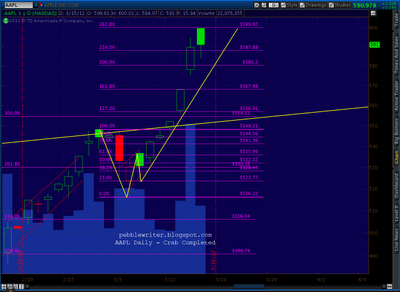 BTW, just saw a news blurb touting BAC, that it’s about to get a Golden Cross — where the SMA 50 crosses above the SMA 200.  Yes, it probably will.  But, it’s worth noting that the last time it did this was Feb 15, 2011 when BAC closed at 14.77.   Investors who bought on the news ignored the negative divergence and recently completed Crab pattern. 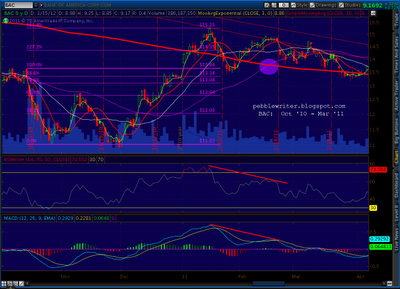 BAC got as high as 14.91 two days later, then promptly headed south — shedding 2/3 of its value over the next 10 months. 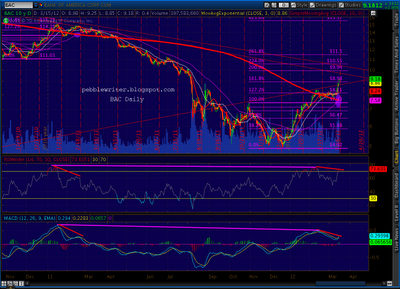 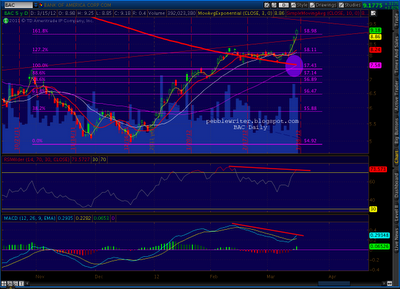 I have no way of knowing for sure, but I suspect BAC is at least ahead of itself, and quite possibly setting up another Golden Cross fake out.

SPX closing in on our 1401.53 Crab pattern completion.  The RSI back test continues to hold, meaning we should get a decent reaction off those prices — though with tomorrow being OPEX it might be muted or delayed. 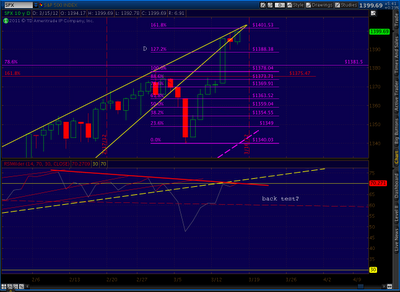 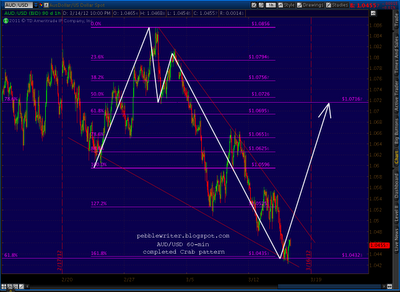 Looking at the big picture, this appears to me a completed wave 1, with a wave 2 to come.  The long term weekly shows a completed rising wedge with a completed back test.  I am predisposed to expect a breakdown of the equities market, and this scenario fits just fine.

The only potential hitch is that the price action since July 2008 looks like a big Crab, with the Point B at the .886 Fib in Nov 09. 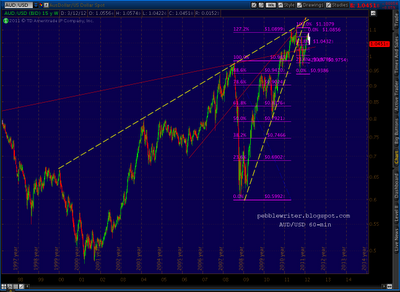 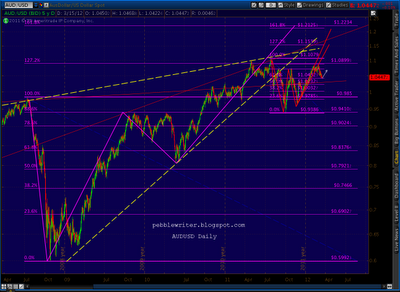 So, I’m left with the option of believing the chart pattern or the harmonic pattern.  I suppose the prudent move is to play the upside for now, and watch for a break of the previous highs.  A move higher would no doubt mean the Butterfly is in play, and a test of the rising wedge’s trend lines and those 1.618 Fib levels is on the way. 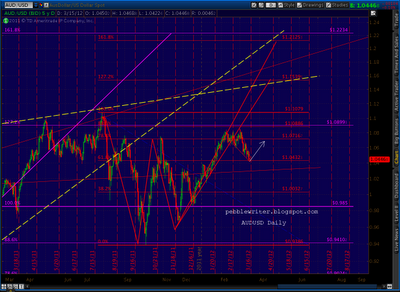 It would mean a redrawing of the rising wedge, much like a rise to 1433 would entail for SPX.  Although it seems unlikely, given the USD’s strength, so did an SPX ramp from 1074 to 1400.  What was once widely assumed to be a wave 2 has turned out to be anything but.  Should be interesting to watch. 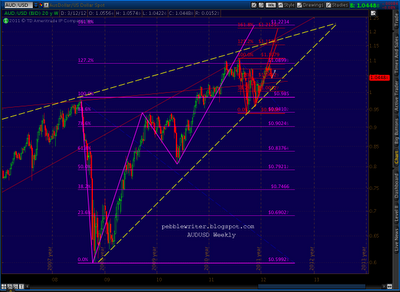 As curiousmind pointed out below, I was probably off base when I remarked that AUDUSD fulfilling the possible Butterfly/Crab to 1.2234 would be analogous to SPX fulfilling its Butterfly to 1433.  They’re in different time frames, though the price targets are potentially analogous.  I’ll explain more after the close.