Taking advantage of the lull in the market to clean up more of the channel lines.  I’m also charting the 1306.50 target via the rising channel (versus rising wedge) just in case we do break 1292. 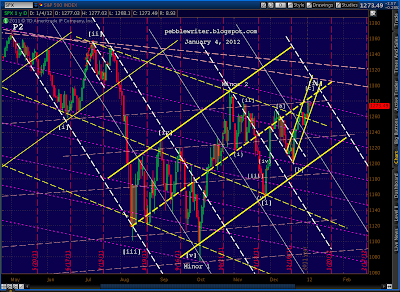 Note, 1306.50 is the harmonics target.  There are actually four different trend line targets depending on whether you include the candle shadows on May 2 and/or July 7.

The market is almost even on the day, but looking at the past several days it appears to be tracing out a small Gartley pattern.  We’re searching for the Point C right now (which, conveniently for the bulls, will be slightly higher than 1275.46 in order to avoid one of those nasty 5 waves down.) 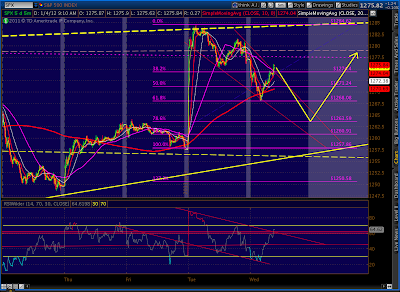 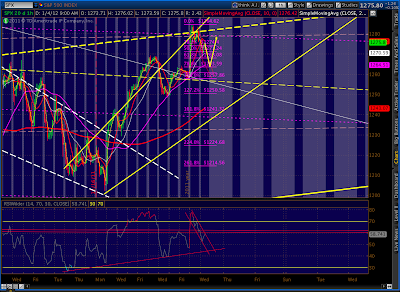 The 60-min chart shows a Butterfly pattern in the works, with a reversal at the .786 Fibonacci.  An extension to the 1.272 would sink through the diagonal support to 1.2799 and set up a back test of the diagonal. 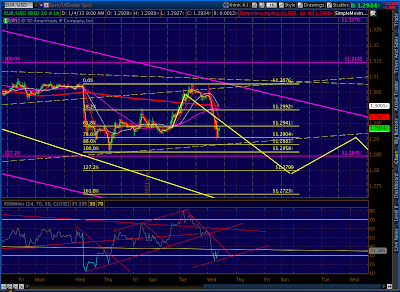 Update on yesterday’s XLF chart.  I think the broader market is going to have a tough time with the upside case unless financials can take part.  Looks like there will be great difficulty in exceeding 13.65. 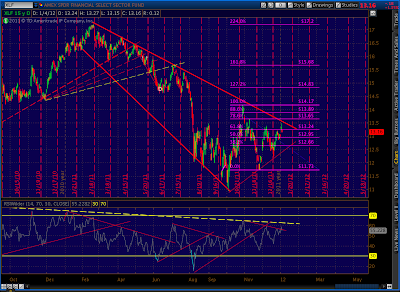 All things being equal (are they ever?) my hunch is we’ll close the gap, then rally to around 13.65 before plunging to 10. 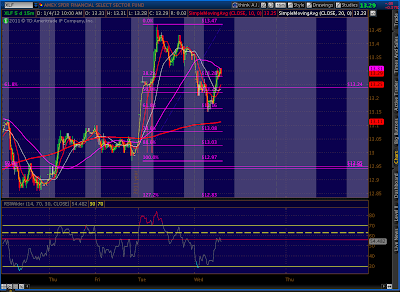 Even with yesterday’s price action (on below average volume), we’re in pretty much the same position as Friday.  We have reached some key harmonic targets, meaning a reversal could happen any time, now.  But, a logical alternate lingers just above at 1307. 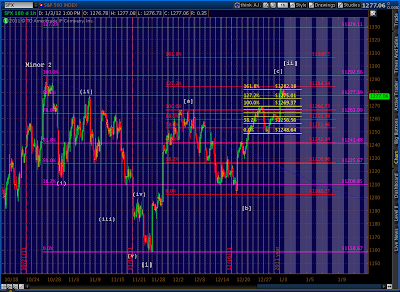 Should we exceed 1292 (1288 according to more knowledgeable Ellioticians), 1307 becomes the primary target for completion of Minor 2 and resumption of the bear market.  There’s certainly ample bullish momentum, although the situations in Europe and Iran or any of the economic news expected out this week could change that in a hurry.

If we are able to reverse after closing the gap, we will likely continue higher in a rising channel that’s the equal of the falling channel that took us down to 1202. 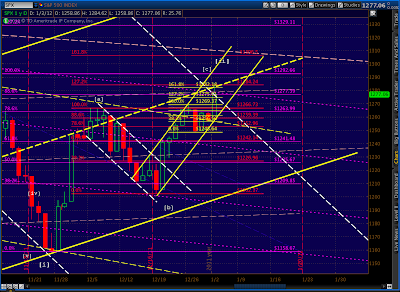 But, note that the same price action still fits in a much more bearish rising wedge scenario too.  I’ve drawn it with a 1307 apex, but these things rarely go the distance (2/3 is common) and are subject to alteration along the way. 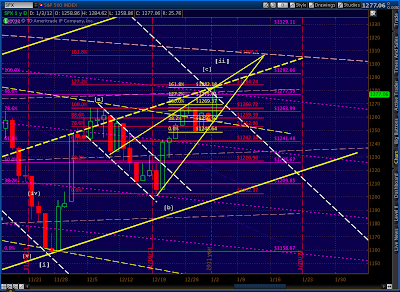 The currency picture continues to argue the bearish equity case.  EURUSD, despite its decent bounce yesterday, is following the exact same path we detailed last week and remains in the fast lane of a set of channels I drew months ago.  The channel and a fan line were tested but held.  If we break below the diagonal at 1.28-1.29, the next step should be down to 1.2464. 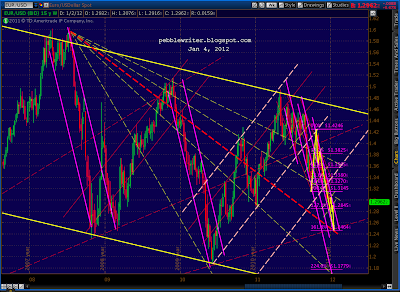 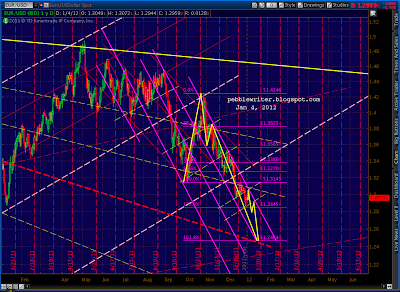 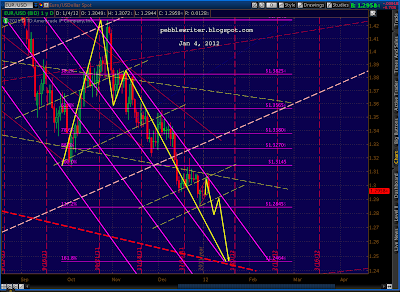 The dollar tested its rising channel, but so far has bounced back nicely.  It’s working on completing a Crab within a Crab that should see prices advance to 82.568 and then 83.872. 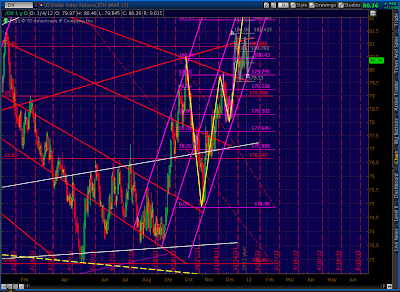 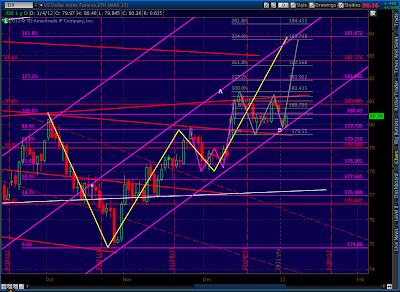