The pattern indicated an upside to 97.42, which would be a possible turning point.  TLT closed yesterday at 97.38 and was as low as 96.70 this morning.  Let’s keep an eye on this one, if for no other reason than as an indicator. 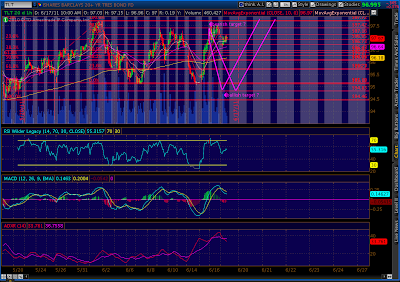 Posted yesterday midday, TLT was around 95.4 at the time.

Today, TLT is pushing 97, although at 97.42, it could start looking like a candidate to go the other way in a bearish pattern. 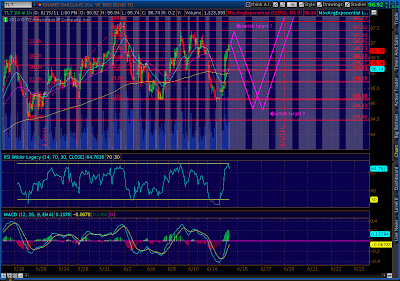 But, as so often happens, the completion of a bearish pattern is the start of a bullish pattern, and vice versa.  If it reverses here or at 97.40, watch it as it approaches 94.83.  A stall there would be a potential setup for a bullish butterfly.

From an equity standpoint, TLT is moving opposite SPX these days.  My bias is that we’re due for a rebound of more than 60 points in SPX; it would most likely arrive in an A-B-C pattern.  Hence, the above scenario in TLT could make a lot of sense.