And, this concludes the regime-change rally.  Did you catch UniCredit’s $10 billion quarterly loss?  The big Italian bank will shake up its investment banking and trading operations…presumably to avoid any future trading losses and investment impairments like it just suffered.  It will also go to the capital markets to meet its Basel III capital requirements, said raise to total…$10 billion.  It’s being billed as a strengthening maneuver, but given that it matches the recent quarterly loss, it looks more like plugging a recently discovered hole in the dike.

Much, much more negative news and commentary regarding the Euro this weekend — commentary we’ve been writing in these pages for months.  Even the MSM is getting into the game, which means the downside could accelerate.  But, it also elevates the risk of being oversold from time to time, as spec money piles on top of longer term positions. 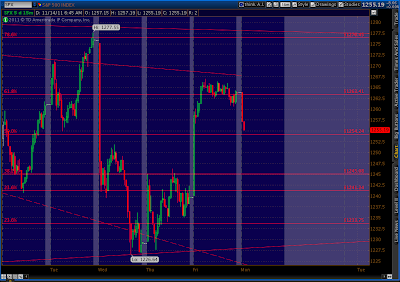 Friday is OPEX, so look for strong resistance to any major moves until Monday.

Thanks to the regime change in Italy, the EURUSD has shot up a whopping .11%.  In other words, there is a well-deserved skepticism as to whether having a new driver at the wheel will make any difference to the Euro’s trajectory as it sails off the cliff (hint: it won’t.)

The bump does, however, complete a bearish Bat pattern on EUR/USD. 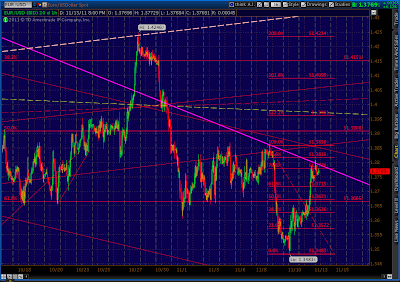 The next few weeks will be critical to the Euro, as it will either verify the steep, downward sloping channel I’ve drawn for EUR/USD or not. 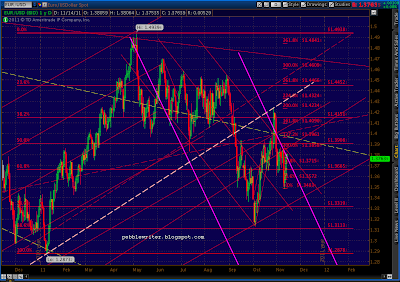 If this channel (which is the exact same slope as the two previous channels) holds, we’ll see the Euro drop to 1.16  or lower by March at the latest. 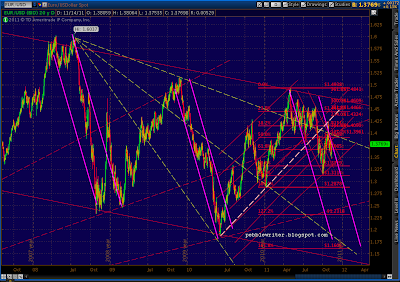 The other impact of the bump in the Euro is the corresponding 6-8 pt bump in the eminis.   If this level holds into the cash market, it could complete the small Bat pattern we’ve been watching at its .886. at 1271.

A reversal here wouldn’t necessarily mean a huge downdraft.  It would be perfectly in keeping with a triangle wave B that leaves open the possibility of a C wave to 1307-1313 over the next several weeks.  I still see a 50% chance of reaching those levels by December 5 and then reversing hard. 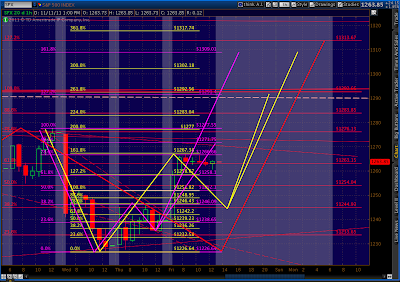