Another day, another after-hours meltup.  Put it all on black and give it another spin, right? 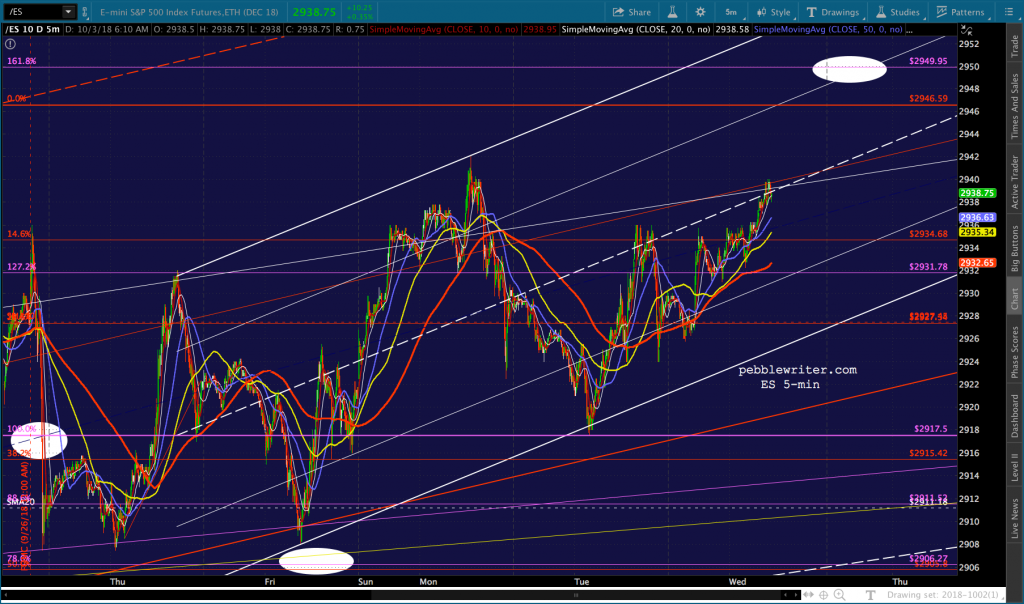 At least, that’s the message VIX is sending.

But, there are a few important caveats that suggest the message might well be a head fake.

VIX has dipped back below the yellow channel bottom.  As long as it continues slipping lower, SPX and ES’ upside targets are presumably intact — unless oil and gas spoil the party. 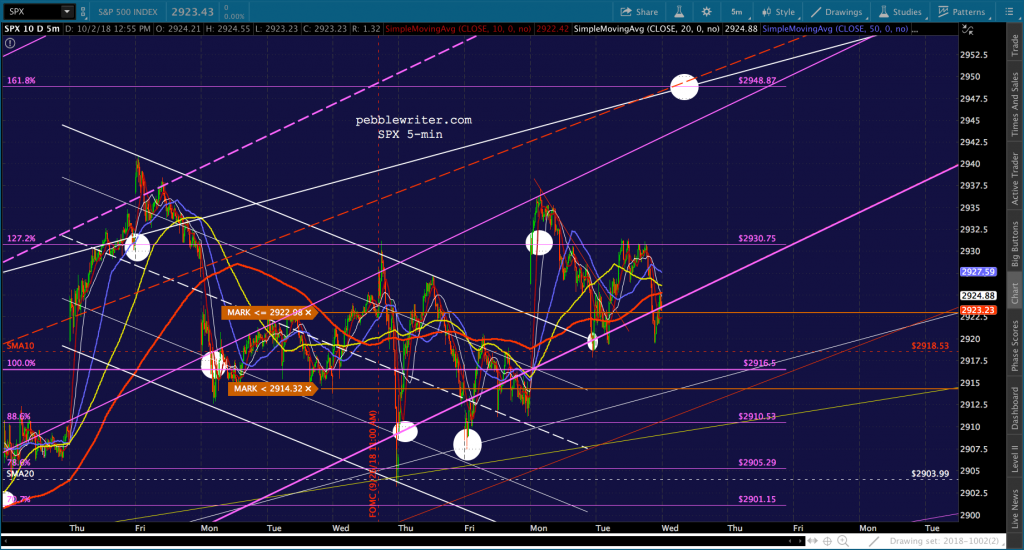 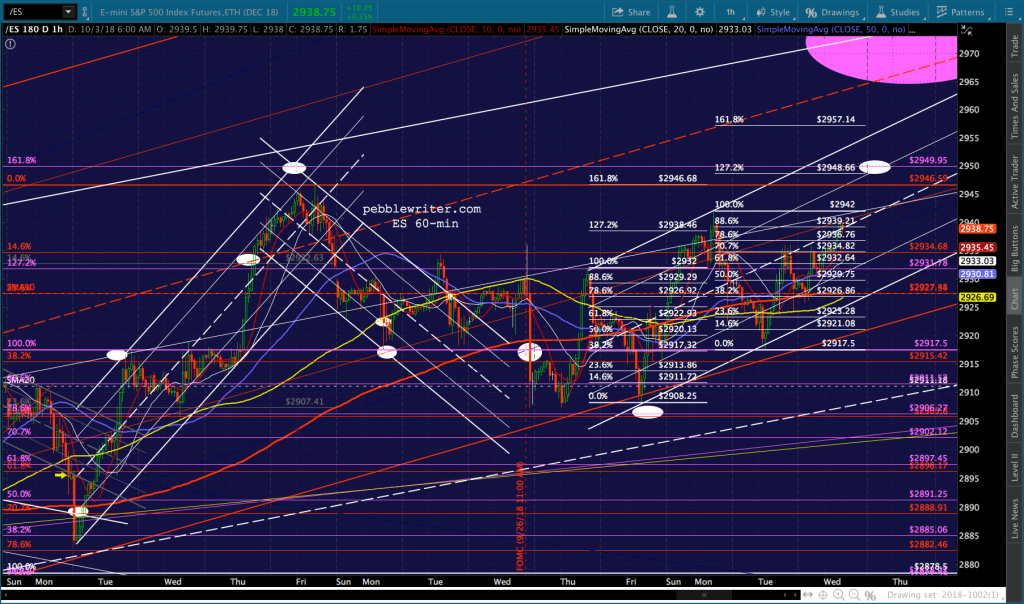 The hitch remains CL and RB, which not only reached overhead resistance by our measure, but must deal with inflation that’s too high, bearish API data, another round of Trump tweeting, and a large build in EIA inventory.  I think the time has finally come to revert to short, but with relatively tight stops in case this is another head fake. 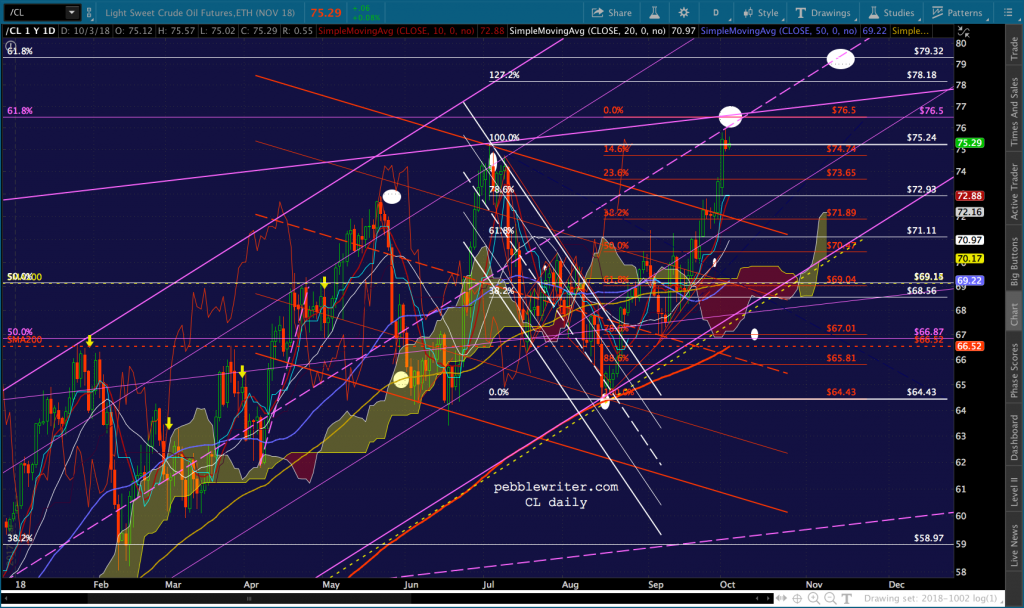 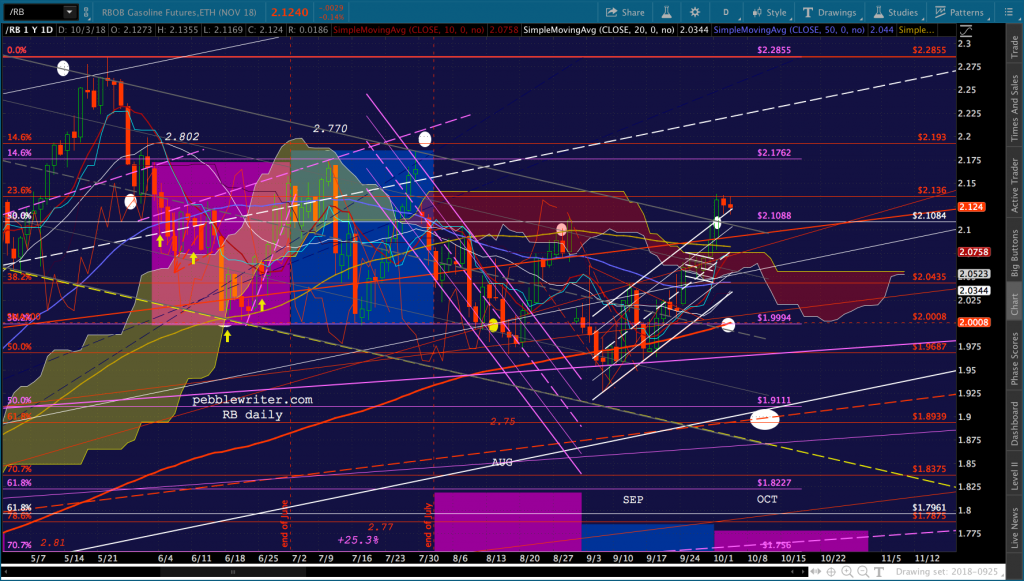 Then, there’s USDJPY which, as we’ve discussed, has reached channel backtest resistance. 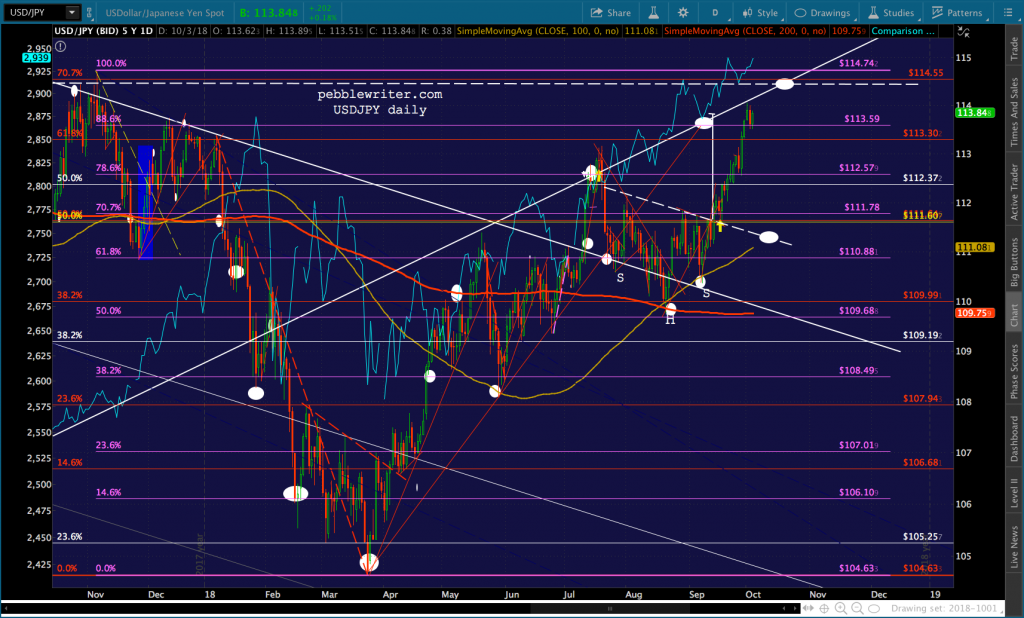 Together with EURUSD and a resilient TNX, the pair is keeping the DXY on the rise. If it falters here at what is also very obvious horizontal resistance, stocks will come under considerable pressure. 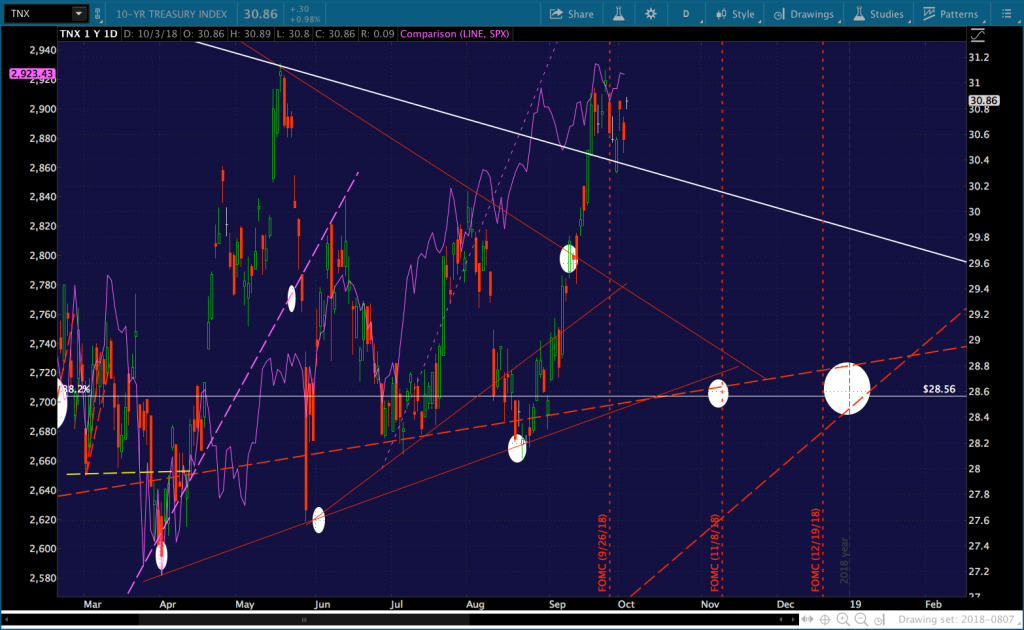 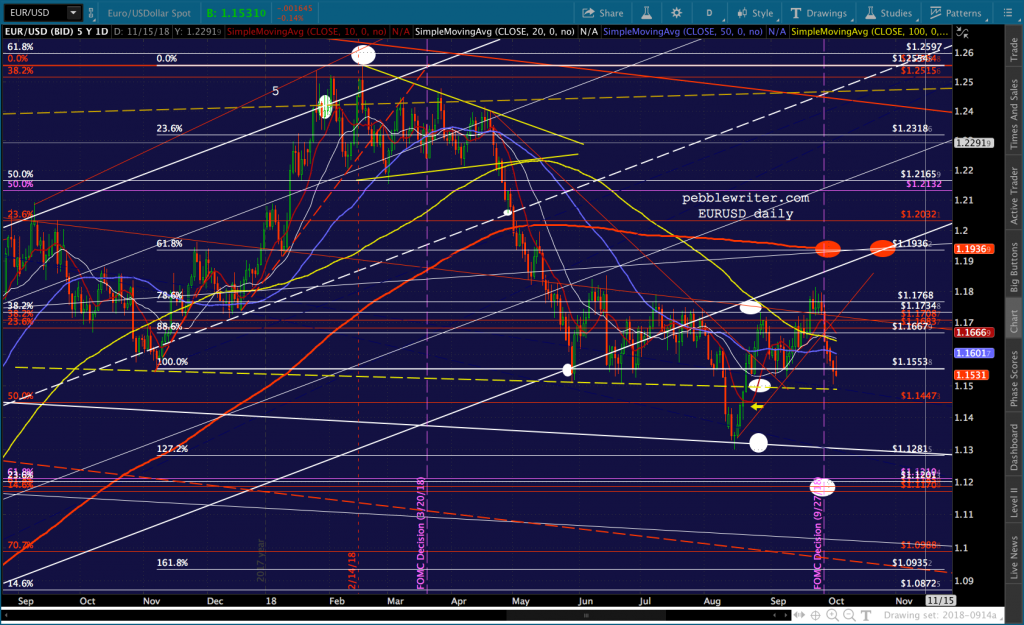 Bottom line, keep a very close on eye on VIX, USDJPY and CL. If, as I suspect, CL and USDJPY have topped out and VIX breaks out, SPX’s breakout will fail and we can look forward to sub-2500 prices.