The Euro Mess is getting out of hand…

Whew!  That was close, but we closed at 1188.67 — safely back within the descending channel.  So, today’s action will go down as a shadow — a reversal at just past the .886 Fib level.  Importantly, it leaves the completed H&S pattern intact (or, we might get a new, larger one in the bargain.) 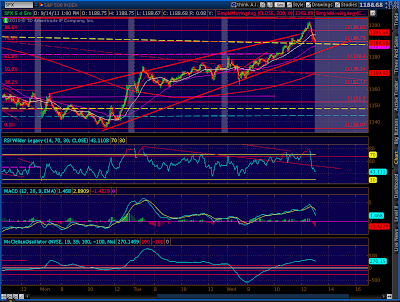 We did get a slight bump up in the MACD, but the same happened on July 22.  The daily RSI trend line is intact, and MCO reached a new intra-day high today — an important indicator that I’ll hopefully have time to touch on later. 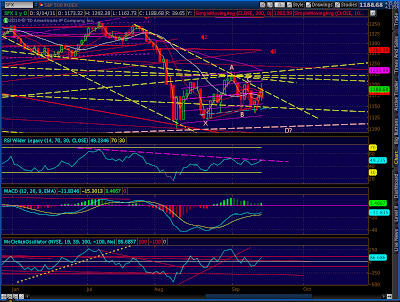 EOD for DX, with a reversal right at the lower Fib level.  Keep an eye on news out of Euro zone through the night. 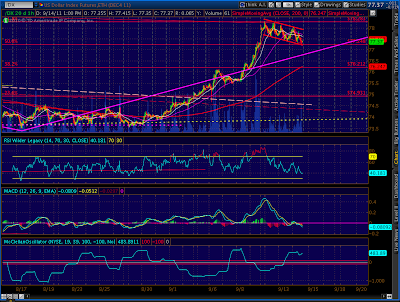 DX reversed where we thought it would, started the SPX reversal.  Spitting distance from 1190…

We’ve overshot the .886 Fib level by a couple of points at 1198.63.  It just happens to coincide with the descending channel line if redrawn to include the shadows from the Aug 31 and Sep 1 candles.  Will today’s runup be a shadow?  We have about 40 minutes to get back below 1190. 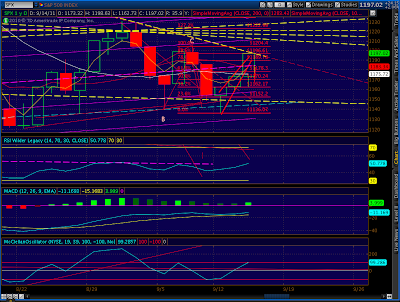 Check out DX.  It’s working on a giant Bat pattern and recently stalled at the .618 level on its way to Point D at .  Since then, it’s traced out a bullish flag, and is now within a heartbeat of the .50 level, which could very well signal the end of the retracement. 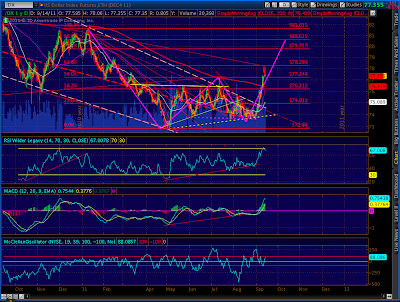 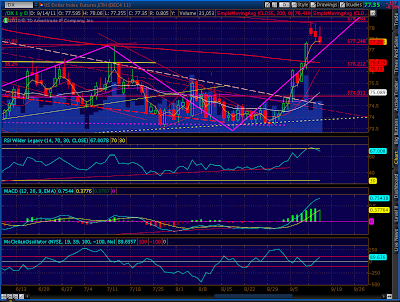 And, an even better look. 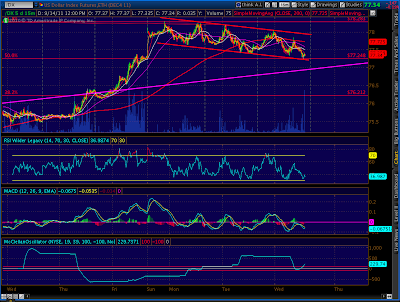 We got the gap fill, and then some.  Don’ t be alarmed, as this is probably an overshoot — much better punctuation for the move ahead.  Look at Aug 31 and Sep 1 for recent examples.

Moment of truth… I think it’s really cool that the rising wedge apex, gap fill and regression channel midline are all within .50 of each other.  The descending channel could be right there, too; hard to draw it with absolute precision. 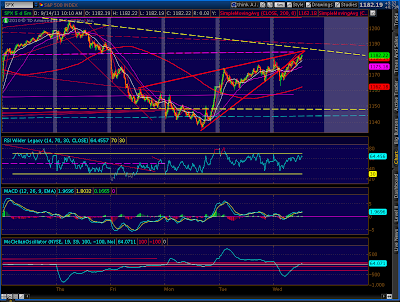 Take a look at the midline’s performance over the past several weeks. 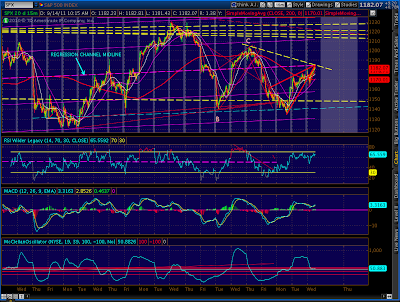 This is the hardest part of calling every top, watching the backtest of the rising wedge.  In this case, it could go up and close the gap at around 1184 as mentioned below.  But, it doesn’t need to. 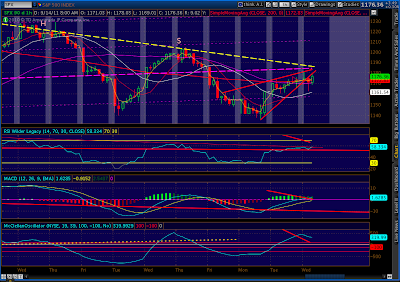 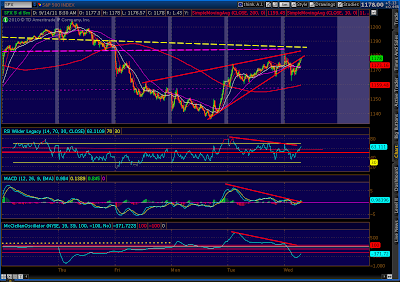 The regression channel has been updated.  The midline looks to be right where the gap fill is:  1183.4.

I won’t be surprised if we take one last stab at 1184 to close the gap and complete a better looking wave count.  Also marks the SMA 10.

The McClellan Oscillator just flashed my favorite crash signal — the same as July 22, 2011 (but better) and December 26, 2007.  It’s the dotted yellow line in the bottom study. 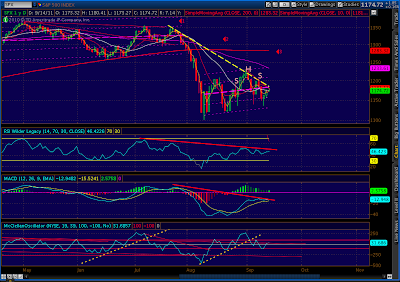 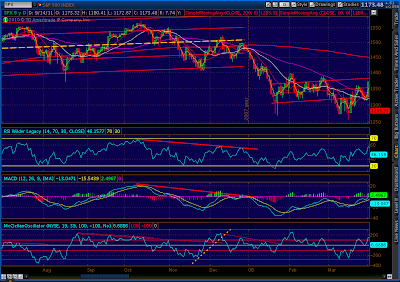 The only question is whether the market makers can keep things afloat through OPEX this Friday.  I think they let it peak a little early, which in itself is an indication of the downside pressure baked into this market.

Here’s an updated close up of the daily chart: 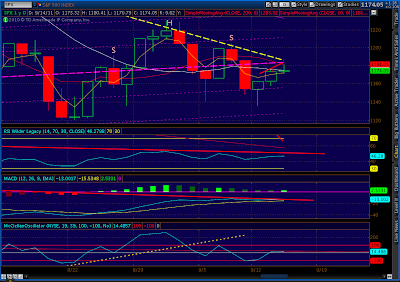 And, the five-minute chart, with the requisite other-shoe-dropping divergence. 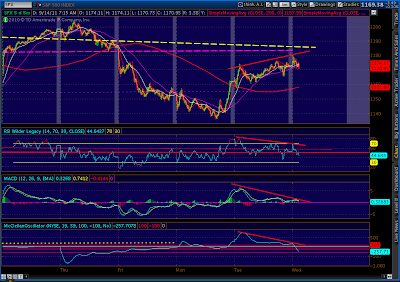 While we’re waiting for the other shoe to drop, here are my leading candidates for the turn. 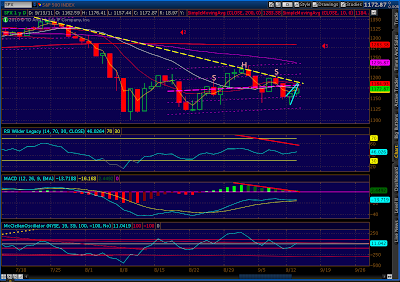 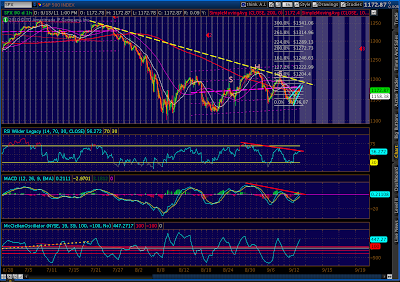 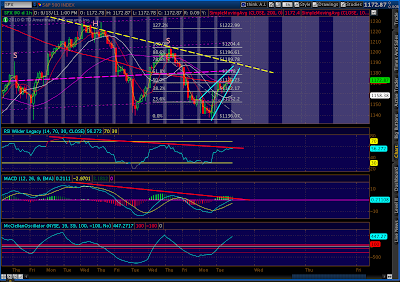