↓
Home Menu ↓
Skip to primary content
Skip to secondary content
Home→Charts I'm Watching→The News So Big… It Had to Wait
UPDATE:  9:40 AM
And, now, the rest of the story.   From the IMF website itself, the long awaited September 2011 Global Financial Stability Report Chapter One comments on China.  Highlights from Box 1.5, shown in its entirety below:
These are not the qualities one usually seeks in a rescuer…
As I’ve observed many times in these pages, the entire global financial recovery has been built on bailouts.  The Fed bails out banks and sovereigns; the ECB bails out Greece; China bails out the US and Euro zone.  Wash, rinse and spin until, finally, there’s no one left to do the bailing.   Perhaps China will inspire a new moniker:  “Too Big to Bail.”
At some point, recoveries require growth and employment.  Underlying growth has been negligible, as families here and abroad have been left to their own devices to deal with devastating unemployment, plummeting property values, rising inflation and, now, cutbacks in social services.
Reimbursing banks for losses from bad investment decisions has done little to improve the financial stability of everyday people.  Families in Greece, Ireland, Iceland, Portugal, Italy and Spain have learned they’re expendable, collateral damage in a war over collateral.
Now, Americans are learning they’re next.  Bernanke’s trillions may have delayed the day of reckoning for bankers.  But, for the millions who’ve lost a home to foreclosure or a job to a Chinese day laborer; it’s here (and, cutting Medicare, Social Security, Veterans Benefits and unemployment compensation won’t help — at least not in the short run.)
The boot on the necks of those afflicted is debt, plain and simple.  There’s way too much of it, and it often exceeds the value of the underlying collateral, not to mention the ability of the debtor to pay it off.   It’s true for American families, and it’s true for the country.
The U.S. takes in just over $2 trillion annually in taxes.  We spend around $3.5 trillion, including $200 billion in interest payments.  But, that’s with 10-year treasury’s at 2% and 90 day bills at 2 bps.
What happens if we go back to 1980’s conditions, with the 10-year at 10% and bills at 15%?  If debt remained at only $15 trillion, annual debt service would skyrocket to over $1 trillion, dwarfing expenditures on defense, medicare/medicaid and social security.  Even at 2000’s rates of around 6% for bills and notes, debt service would triple — rivaling every other category.  Which of those categories can we afford to replace with interest payments?
Instead of dealing with our budget shortfalls we’ve turned to counties like China to finance them (with money Americans have paid for their cheap crap produced by an army of dollar-a-day laborers.)  Now, like the snake who’s discovered it is eating its own tail, we learn that the cycle might just be broken.
Instead of continuing to recycle those dollars back to us, China has squandered them on an American-style real estate and development binge.  We’re heading toward a cliff on a bus that’s losing its wheels.
**************
The full text of the China Section, Box 1.5: 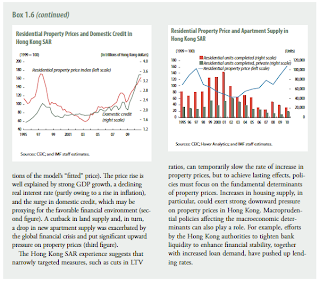 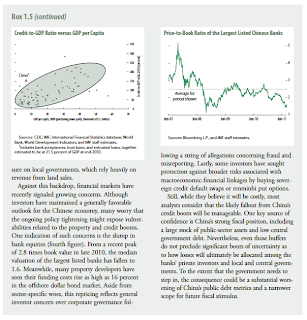 From the WSJ Blog: 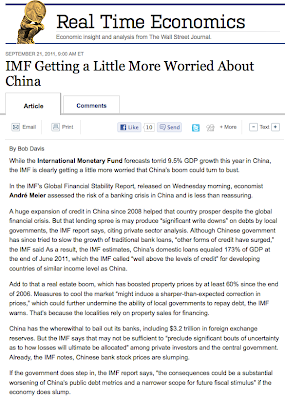 ORIGINAL POST:  11:15 PM
I love end of the day live news feeds on Think or Swim.   That’s when all the Form F-4’s come across the wire, in the hopes that investors are already tucked in bed and won’t notice.  Being a left coast kind of guy, I notice.
Are these insider sales (some quite large) indicative of a bull market?  I think not.

I was just about to turn in when I noticed this puzzling “never mind.”

Does it mean the IMF isn’t worried about China’s economy?  That it is, but we shouldn’t care?  What the heck are they trying not to tell us?
A quick Google search produced lots of hits, which then started disappearing from the screen as I watched.   You’ve got to have friends in high places to disappear Google hits in real time.
The WSJ blog page produces the old “page not found.” 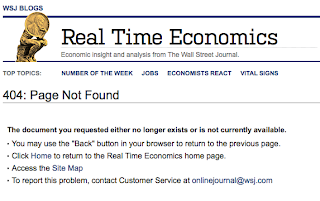 Which, of course, just made me more curious.  All 6 of the remaining references to the article (which contained more than the title) simply linked back to the blog, but a few showed a snippet of the article that’s been withdrawn.

So, what’s the big, bad secret?

Which, under a microscope, reads:

While the International Monetary Fund forecasts torrid 9.5% growth this year in China, the IMF is clearly getting a little more worried that China’s boom could turn to bust.  In the IMF’s Global Financial Stability Report, released on Wednesday morning [oops], economist Andre Meier assessed the risk of a banking crisis in China and is less than reassuring.  A huge expansion of credit in China since 2008 helped that country prosper despite the global financial crisis.  But that lending spree may produce “significant write downs” on debts by local governments, the IMF report says, citing private sector analysis.

If you go to the IMF’s website and search for Global Financial Stability Report, you’re told that it was just updated.  However, when you try to look inside the report, only Chapters 2 and 3 are available.  They’re interesting reading, but don’t touch on the China matters discussed in the excerpt above.

There’s a transcript and video of the press conference wherein the report is presented.  But, Chapter 1,  the one discussing China, isn’t presented.  Instead, there’s this cryptic note:

Seems to me this news is kinda important, since the world is counting on China to ride to the rescue with its trillions in reserves.  If China’s problems are so big that the IMF has developed a cold sweat, that rescue might take a little while…
It’ll be really interesting to see if the blog reappears in the morning when due to be released, or it’s been permanently disappeared like a Tien Min Square protestor.