Anyone who’s read this blog over the past couple of months knows I’m confident we’re following in the footsteps of the 2007 top (and most of the other significant tops since the 1930s.)  If you’re new here, take 30 minutes and read through the posts listed here.

Lots of euphoria in the markets today.  Great news all around, as long as you don’t look too closely.  I’m reminded of the morning of December 21, 2007 (no, I don’t really remember; but I looked it up.)

Even though it was the week before Christmas, not everyone was full of good cheer.  Unemployment had ticked up from 4.7 to 5.0%.  Bear Stearns had reported its first ever loss, shuttered two hedge funds and had its credit rating lowered from AA to A.  And, housing starts had dipped to a dismal 1.2 million.

Fortunately, TPTB came to the rescue.  The Fed lowered the discount rate from 4.5% to 4.25%.  And, in an unprecedented show of cooperation, it was announced that the Fed, Bank of England, Bank of Canada, ECB, Swiss National Bank would coordinate to make available up to $64 billion to ease credit conditions.  That’s billion with a “B.”

We all know the rest of the story.  Suffice it to say there were a lot of hangovers those next few weeks that had nothing to do with New Year celebrations.  SPX dropped 120 points in 2 weeks, 230 points in 4 weeks and 750 points by the following Christmas. 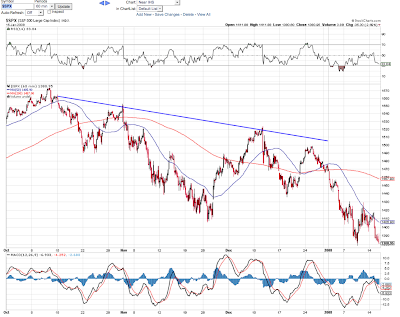 Now that you mention it, I’m getting pretty darned excited.  Didn’t we just complete an inverse head & shoulders pattern earlier today that should send SPX up to 1344? 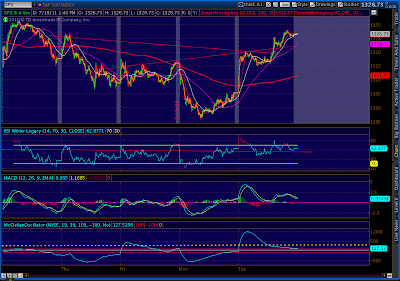 And, if we hit 1344, we’ll be spitting distance from completing an even bigger inverse head & shoulders pattern that should send SPX up 90 points to 1444! 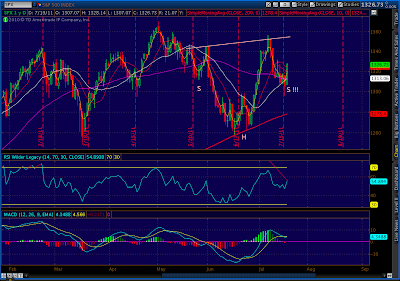 Let’s see, zip up to 1344, then tack on just a little bit more and we’re virtually guaranteed to go through the roof!

Hmmm, the tacking on part…  If I do the math right, we’ll only need 10 lousy points!