Maybe Zuck should have accelerated his sales a bit more. 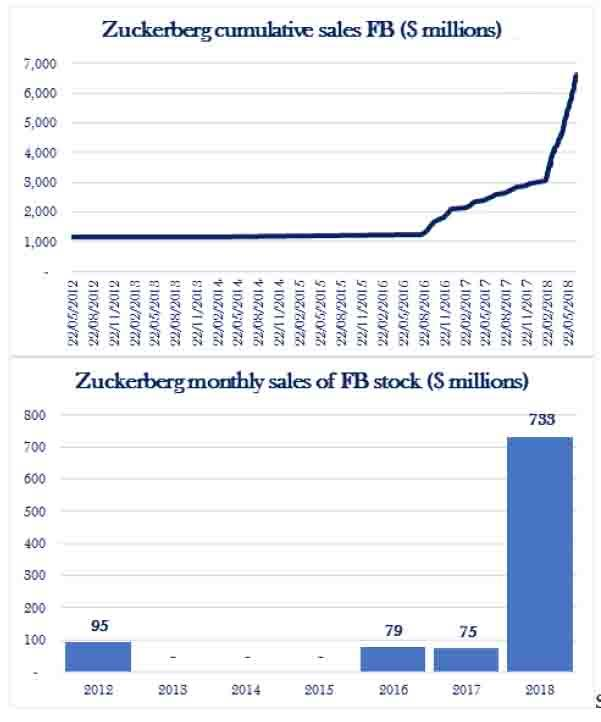 Facebook’s disastrous conference call and outlook has seen the stock plummet 25% from its earlier highs. 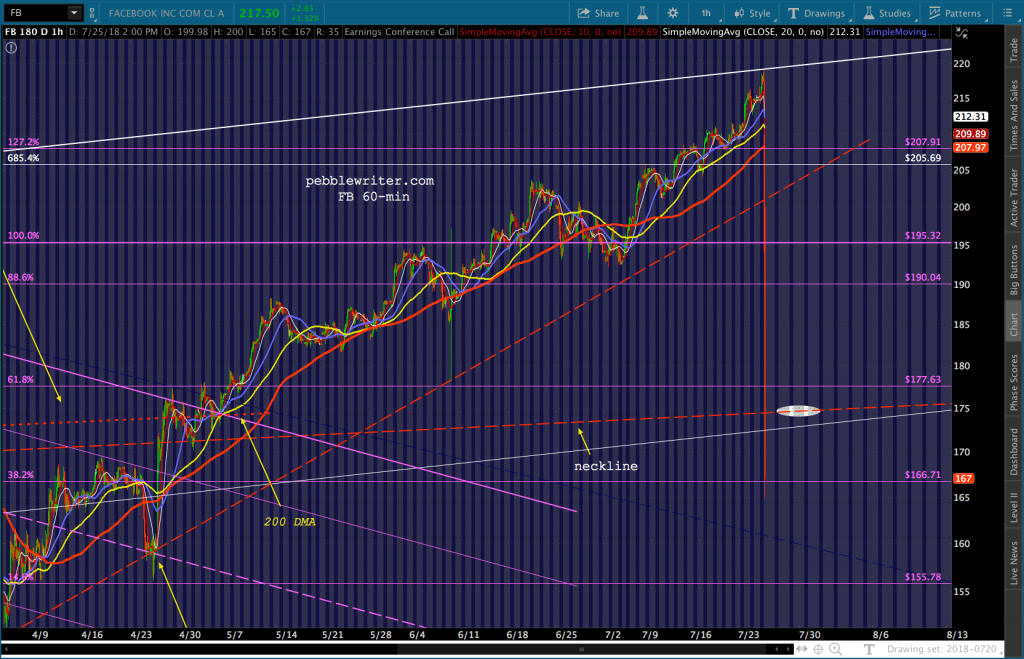 Note that this brings FB back below:

If this all sounds familiar, it should.  In March [see: Facebook Flops] FB fell below its SMA200, completed a H&S Pattern targeting 140, and experienced a death cross — all within the span of 3 weeks. 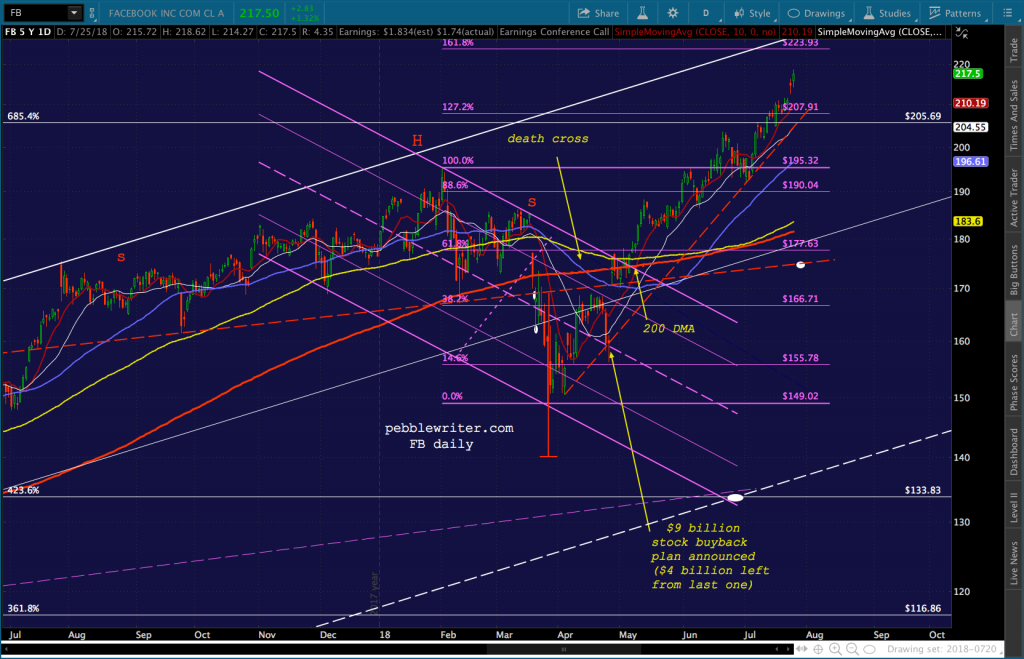 We noted at the time that the outcome was important, as previous stumbles of this sort were strongly correlated with market corrections (shaded areas below.) 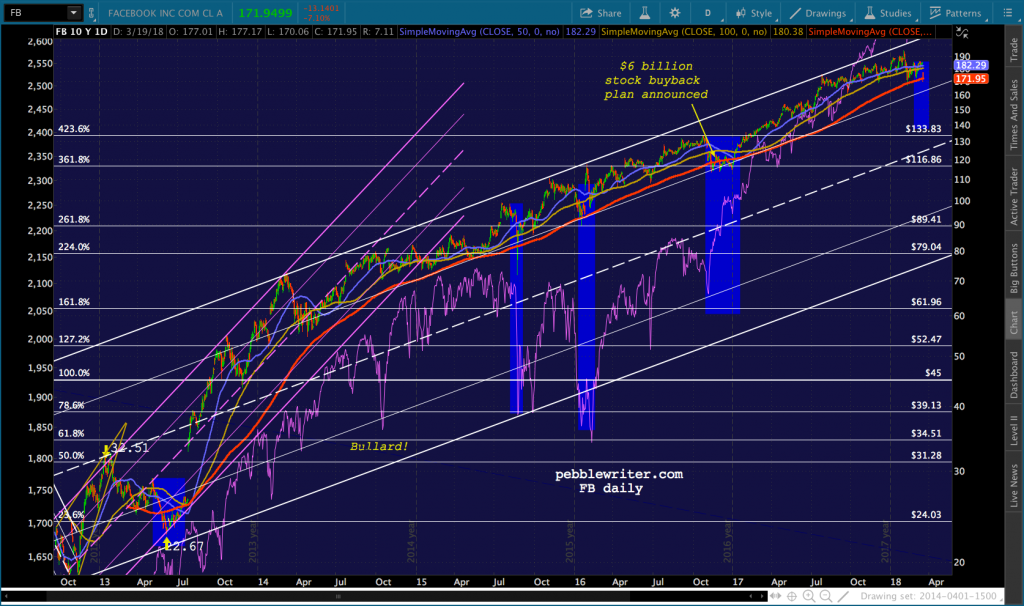 Three months ago, on April 25 [see: More Than One Way to Skin a Cat], Facebook’s Q1 earnings came out, but barely moved the stock.  A few minutes later, however, after a $9 billion stock buyback plan was announced, the stock bottomed, recovered back above all that overhead resistance, and went on to new all-time highs.

This was a repeat, of course, of the Nov 2016 episode where FB plunged below its SMA200, completed a H&S Pattern, and experienced a death cross.

That particular near-disaster was averted with a $6 billion stock buyback plan [are we seeing a pattern here?] $4 billion of which was still unused at the time the $9 billion plan was announced 17 months later. 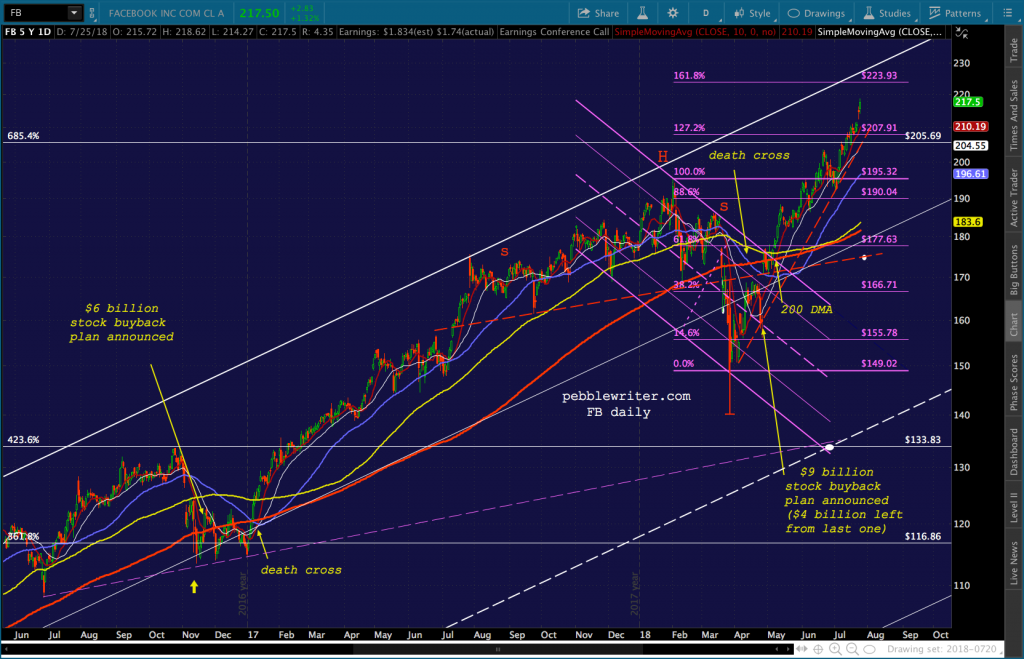 The neckline is currently around 175 — right on top of the .618 retracement at 175.61.  The SMA200 is at 181.53.  With the stock lingering below each of those in the after-hours, one can only wonder how many “undervalued” shares will be reacquired by tomorrow’s open.  Odds are it’ll be however many it takes to get the stock back to 182.