I should add that, as long as this little Crab stops anywhere shy of 1257, we will have completed 3 of 4 legs of a Gartley pattern (purple).  The .618 reversal occurred at this morning’s 1231 low, and the .786 target would be 1210 — the original target from the little H&S pattern we completed yesterday.  In technical terms — we’re right back where we started.  Should have gone surfing today. 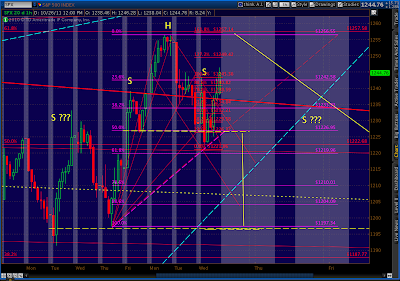 EUR trying a little counter-trend rally to the counter-trend.  Tracing out a likely Bat pattern that should reverse at 1.3954 or so. 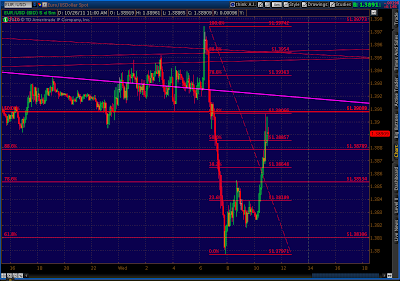 The SPX, on the other hand, could potentially be tracing out a Crab which would take it out to the 1.618 at 1257 — Monday’s high and a possible double top.

A reminder, both paths down from here (the purple and yellow lines) call for a reversal in the 1257-1270 range [see yesterday’s Charts I’m Watching.]  The fact that the DX, the EUR and the SPX are all indicating a harmonic driven reversal makes a pretty good argument.

But, keep an eye on the H&S patterns.  If we don’t shoot up as is indicated, they’re still in play and could result in a strong move down right here. 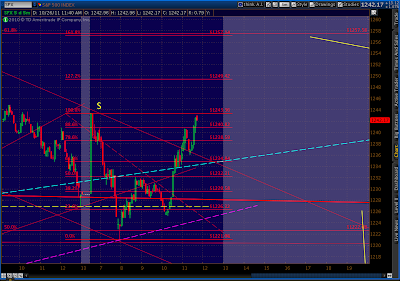 Up to 1257 (and possibly 1270) or down to 1196 (and likely 1136) — it sounds like a crap CYA forecast to me, too.  But, that’s just exactly where we are right now, with everything riding on the outcome of the Brussels summit (perception, not reality — which is ugly).   The groundwork has been laid for either course, leaving us to wait.

To wait, and perchance to hedge.

DX poised to break out of its falling wedge.  Note the positive divergence, too. 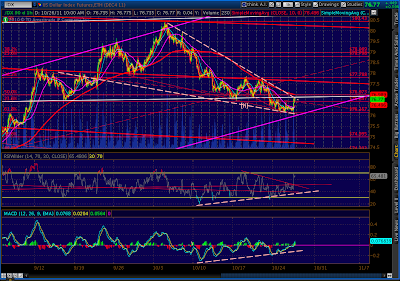 And, a review of the EUR/USD, from the really big picture to the little Butterfly pattern completed with this morning’s failed rally.  Barring a deus ex machina outcome in Brussels, the next major move should be to complete the Crab pattern at the 1.618 extension of 1.16. 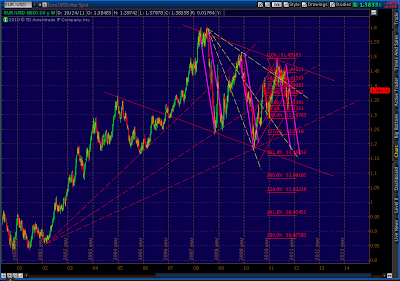 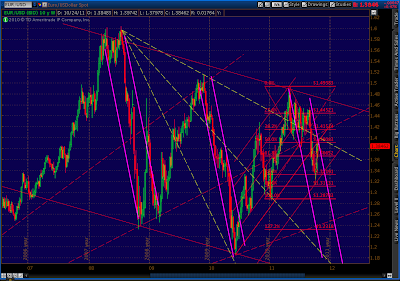 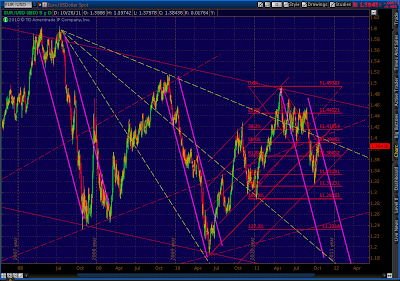 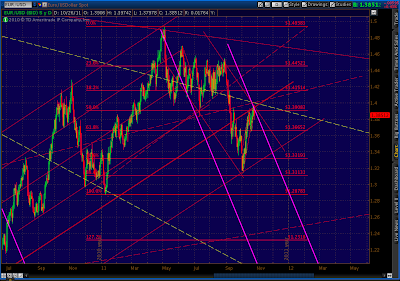 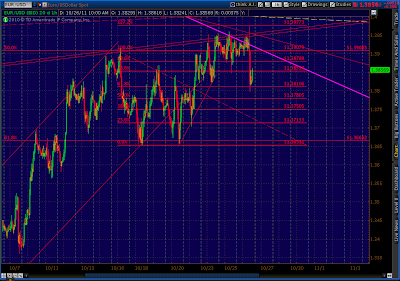 The little H&S I was watching yesterday has, with this morning’s reversal, morphed into a larger one with potential to 1196.   Keep an eye on the purple dashed fan line.  If we break it, we could zip down to 1196 pretty quickly. 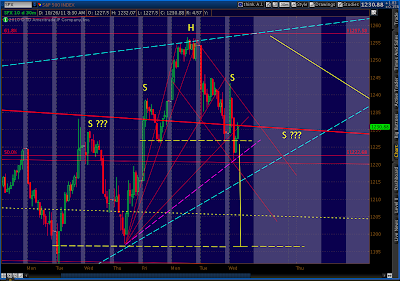 Looking ahead… if we do reach and bounce off of 1196, there is the potential for an additional, larger H&S pattern with potential to 1136, very close to the midline of the regression channel.  A bounce at 1196 would make sense;  getting there would require we fall out of the rising wedge, and the expected backtest would get a right shoulder started. Just keep in mind that these if/then scenarios are just scenarios.  Sometimes they pan out, and sometimes they don’t.   It’s nice to plan four moves ahead in a chess game, but if your opponent doesn’t do what he’s expected to, it’s back to the drawing board.

But, when I see a progression of stair steps as we had the past two weeks, I start thinking about the stairs back down.  H&S patterns are built on such moves.

As discussed at length yesterday, it’s all about the Euromess today.  Merkel’s victory in the Bundestag was largely negated by reports of a fistfight in the Italian Parliament — where the real battle will be fought, dwarfing the Greece debacle.