The dollar is making a stand at the upper end of the target range I charted Friday, but hasn’t yet broken out of the steep falling channel.  While there was a turn at the .618 Fib that would justify a .786 completion (a Gartley), the more obvious Point B was at the .382. 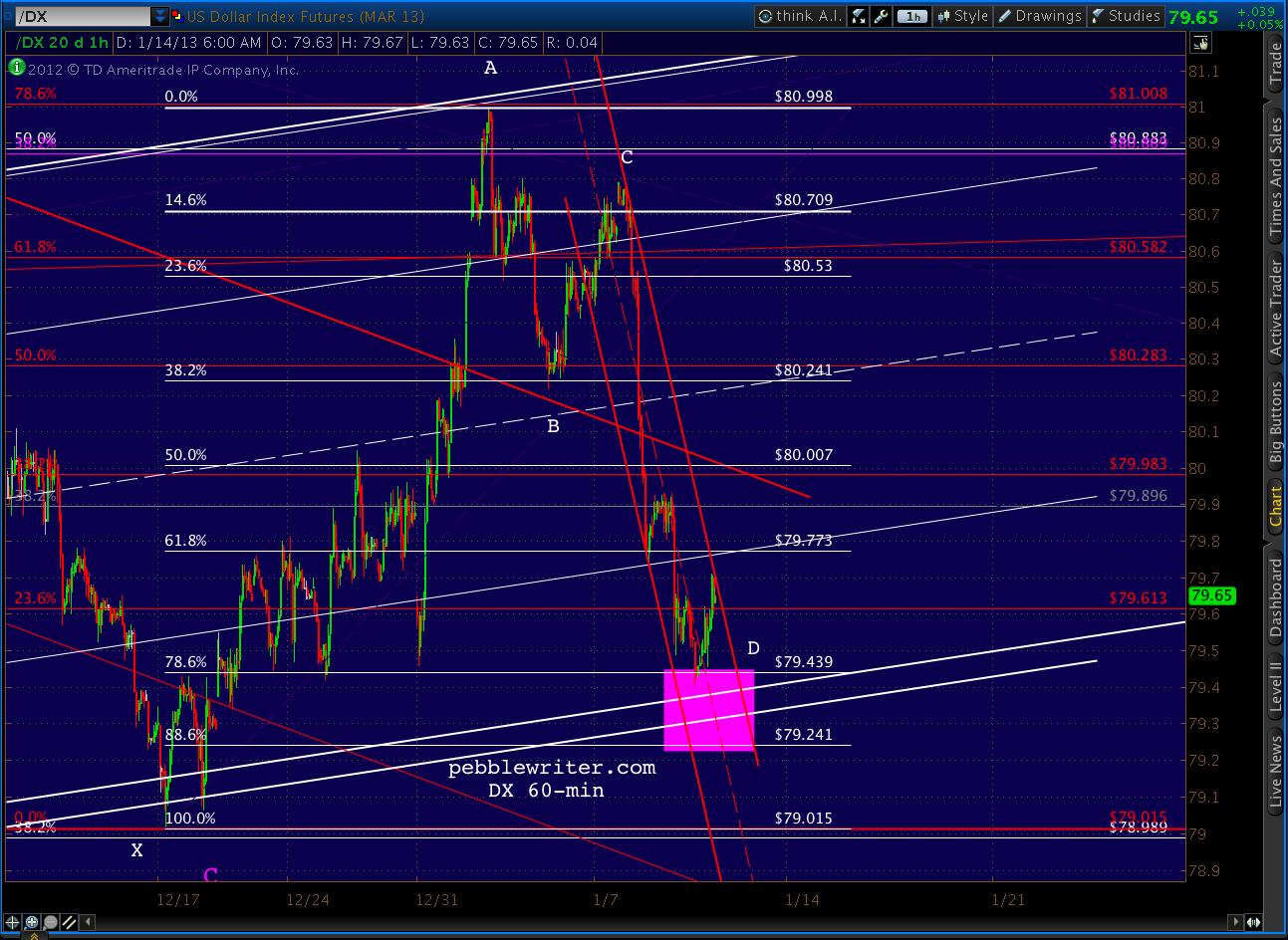 In a perfect world, this would signal DX has further downside potential to the .886 for a Bat Pattern completion — though, obviously, not every corrective wave has to be a harmonic pattern.

The EURUSD similarly reached a common turning point at the 1.272 extension of the latest move down from Dec 19 (or Jan 2, take your pick.)

But, as can be seen, the rally from last week features no potential Point B whatsoever.   It’s hard to call this a Butterfly Pattern in the absence of an actual pattern.

Furthermore, the tails on the daily candles offer an even more aggressive upper bound for the rising wedge we’ve been charting for the past several weeks. 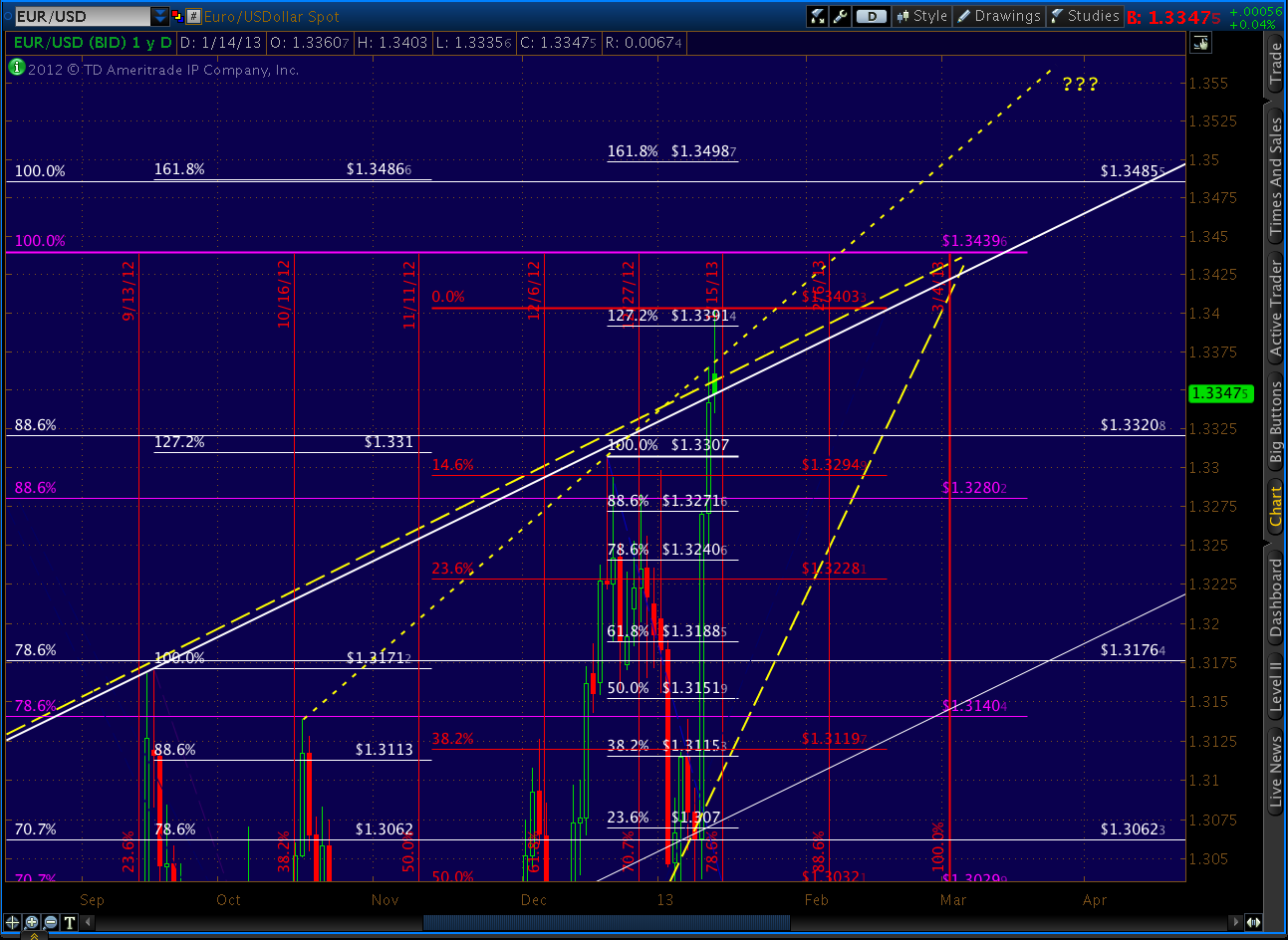 Equities are pointing to a soft opening, but nowhere near what one would normally expect with horrid AAPL news on the tape — much less the approaching budget showdown.

Regular readers are well aware of the importance of the 500 price level for AAPL.  As we’ve discussed many times, the completion of the H&S pattern could have dire consequences for AAPL and the entire market. 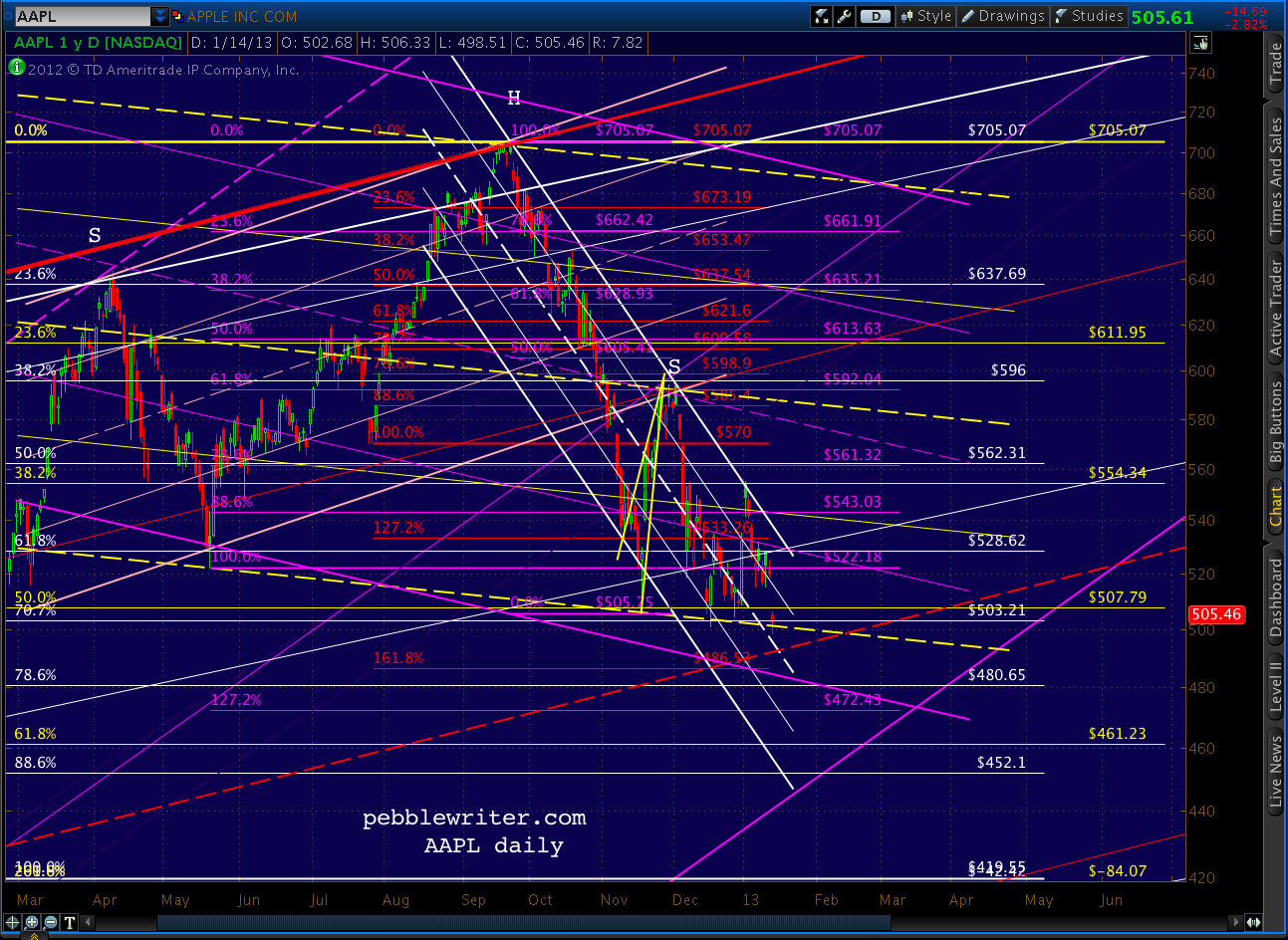